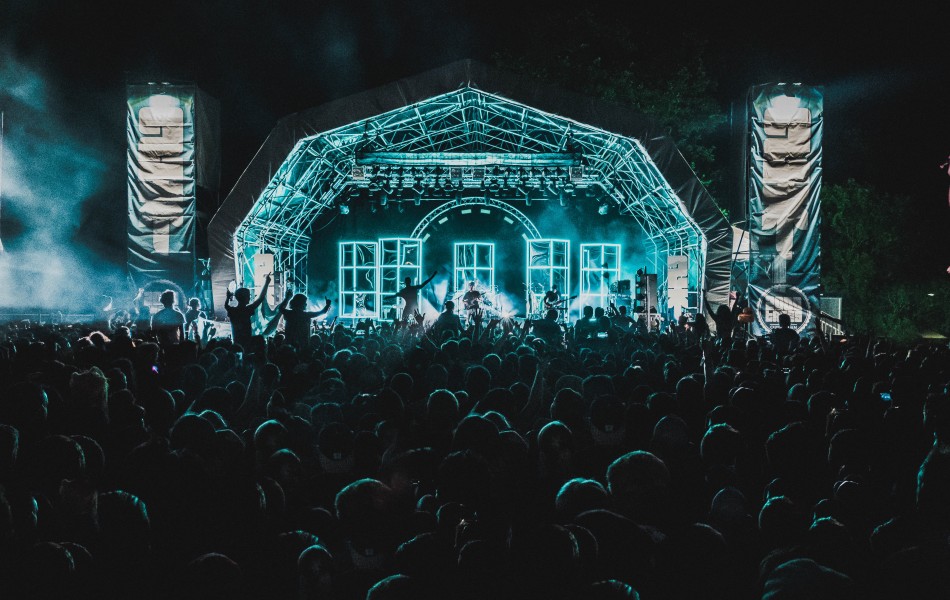 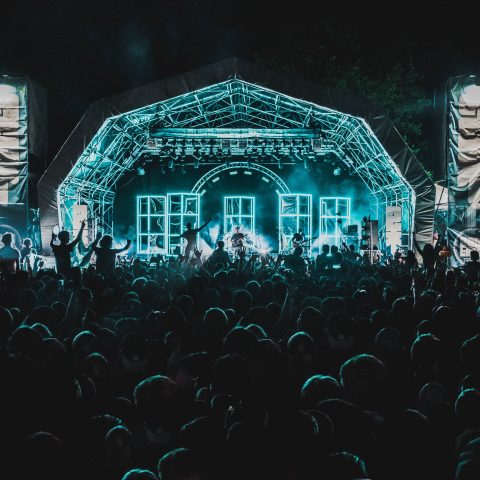 We promised we’d see you in the pits, and we were true to our word. And with the sun beating down relentlessly all weekend, they were some seriously sweaty pits.

There’s truly something for everyone at 2000 Trees Festival with all flavours of the rock genre, covering folk, pop punk, indie, math, electronic and doom metal – to name a few.

At the more mellow/poppy end of the spectrum, The XCERTS brought a healthy dose of teenage nostalgia with frontman Murray Macleod ending the set standing on the crowd’s shoulders bellowing ‘Feels Like Falling In Love’. For a class example of the well-trodden socio-political comedy music path, it was great to see Beans on Toast take to the main stage to interrupt (and occasionally forget) his own songs for Brexit talk. And, with the most pop punk vocals I’ve ever heard over objectively metal riffs, Press To Meco were a clear crowd favourite, laying down an array of wild time signatures and commanding a pit in which we all got covered in beer – only a couple of hours into the first day (thanks guys…).

On the more progressive, mathy side of things, the rare combination of extreme cheeriness and fat, meaty riffs had the crowd enraptured by And So I Watch You From Afar. Meanwhile, after an absolutely packed acoustic set earlier in the day, Arcane Roots showcased serious technical ability in an electrifying and incredibly dynamic set.

For connoisseurs of the weekend’s heavier and more experimental offerings, Conjurer packed an extraordinary punch, provoking the most intense head-banging and crowdsurfing of the festival – even the equipment on-stage was not safe from this crowd. What Gallops lacked in stage banter, they made up for in stunning technical skills and inventiveness – although if I had one complaint, with their highly electronic set, it was sometimes difficult to tell what was being created live and what was pre-recorded. Meanwhile, Saturday night’s headliners Enter Shikari delivered an incredible show, with surround sound and seriously clever use of panning to keep the attention of even the most discerning audiophile.

The festival was also awash with absurd vocal capabilities. Marmozets vocalist Becca was utterly in control on every single register, perfectly complimenting the band’s delicious crunch. And although stage presence doesn’t come that naturally to No Violet in between songs, it’s there in droves where it matters, with Ellie’s incredible throaty, soulful vocals cutting right through the fuzz.

With Frightened Rabbit due to have been headlining Friday night, it was incredibly moving to stand in solidarity with hundreds of fans at the Forest Stage for a tribute to Scott Hutchinson, with emotional renditions of ‘Poke’, ‘Swim Until You Can’t See Land’ and ‘Head Rolls Off’ and not a dry eye in the audience – a real highlight of the weekend and testament to the power of music which brought people together.

It was also a real joy to see how many of the bands – despite having big enough followings that several hundred people were screaming their lyrics back at them – were so genuinely thrilled to be doing what they’re doing. Special mention to Scottish pop rockers Vukovi for their “fucking hell guys, it’s fucking Thursday afternoon” response to the barndancing (yes, barndancing) pit on that front.

A final shout out as well to Skinny Lister, who whipped the crowd up in an absolute frenzy with a rowdy set of folk punk numbers, massive sea shanty sing-alongs and definitely the only melodeon I saw all weekend.

As much riffing, pitting and nu metal karaoke as you could possibly have hoped for, a silent disco like no other, and one of the weirdest heckles I’ve ever heard (I just got out of prison!”) – 2000 Trees Festival delivered it all, and more. We’ll see you again next year!