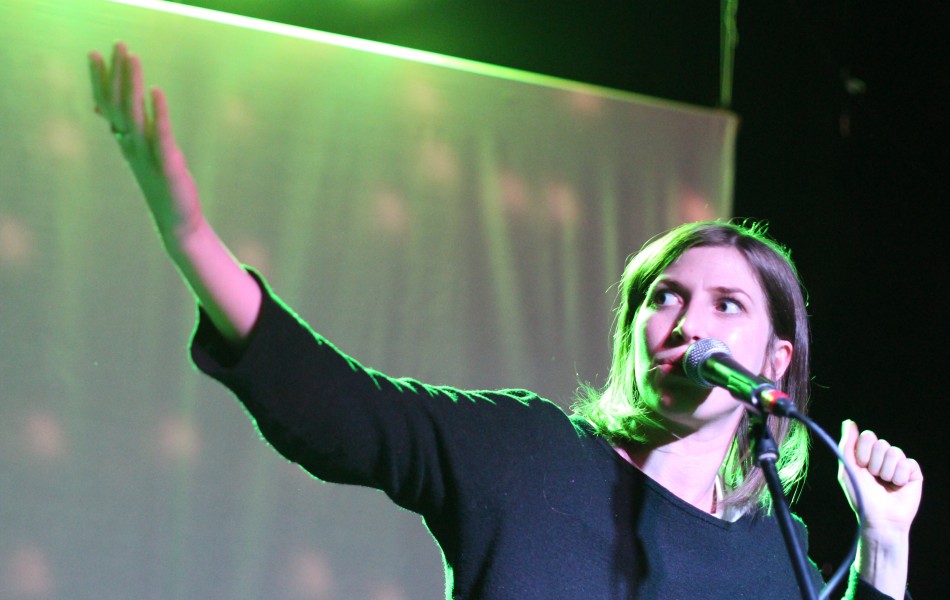 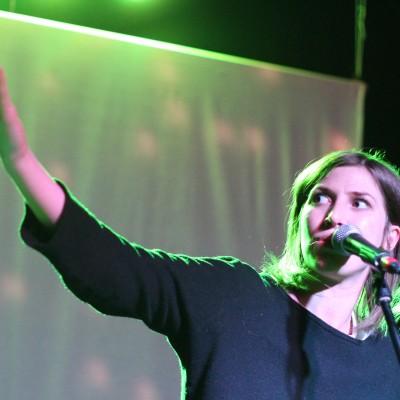 The next time a friend gets in touch with you and says “you must go and see so-and-so, they’re absolutely amazing” just go. It doesn’t matter if you don’t know the artist concerned, or it’s outside your comfort zone or your preferred genre – trust their judgment or you may miss a magical night like this.

It was a full house in the neat back room of The Crofters Rights as many gathered to see New Zealand singer/songwriter Aldous Harding, who’s currently in the middle of an extensive European tour.

I’ve had a look at one of her songs on YouTube and from what I’ve seen and heard, I immediately knew I was going to enjoy this show – but what I didn’t expect was the extent to which the performance would transfix me.

The intensity of the songs Harding presented to us was truly difficult to convey. She sat with a nylon strung acoustic, the warm tones of which provided a simple backdrop for a truly exceptional vocal performance.

Her voice saturated the room, the vocal gymnastics weaving in and out of the accompaniment, whispering, growling, soaring and whatever mode she employed to convey the carefully crafted lyrics. The delivery was pitch-perfect throughout. There were moments of controlled discord, sudden angularity and fearsome injections of power within an otherwise conventionally structured song which made you jump, but I swear that Harding didn’t miss a note all set.

During her set Harding looked oddly troubled when singing, as if it were a huge mental and physical effort, sometimes turning or backing away sharply from the microphone as if it offended her, often resting her head on the body of the guitar. The songs were sometimes melancholy (even the paradoxically named ‘Party’, which was the working title of her forthcoming second album) but she certainly was not, having a mischievous sense of humour best displayed on ‘What If Birds Don’t Sing – They’re Screaming’.

She had by now put aside her guitar with Claire Harris’ piano taking over – once again the sparse backing absolutely complementing the vocal part, and the sound balancing immaculately throughout.

The collective groan from the audience that accompanied her announcement of the final song, prompted her somewhat unusually to negotiate the encore beforehand – a very amusing moment but lead to an astonishing finale.

‘Horizon’ was an absolute belter. The reverb power chords that Harris was extracting from her keyboard sounded like a rolling thunderstorm, over which Harding blasted out the lyrics with such richness and depth that chilled you to the bone. I was literally shivering after this one, it was like if someone had opened a freezer door.

The duo briefly exited the stage but turned straight back launching into a show-stopping cover of Kate Bush’s ‘Wuthering Heights’. There were no liberties taken with this, it was an utterly respectful, damn near note for note version of one of the greatest songs in existence – a perfect finish.

There’s times when you see an artist and you instinctively know that something extraordinary beckons. Certainly, I don’t think we’ll be seeing her in a room this size again. It was an absolute privilege to be there. Thanks Mark…