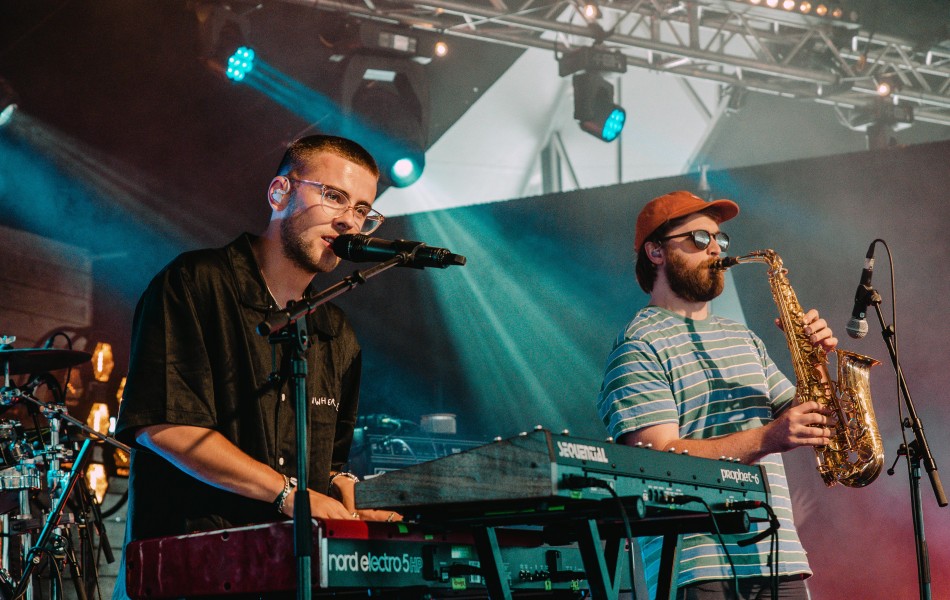 Barn on the Farm Review + Photoset 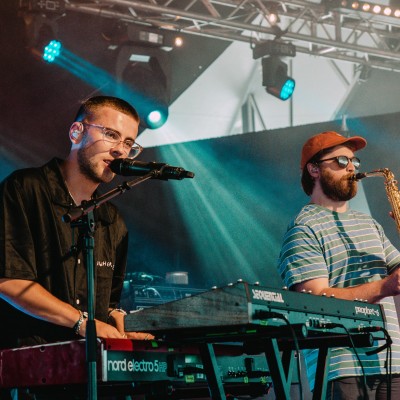 Barn on the Farm Review + Photoset

How do you celebrate an important anniversary? A few drinks with friends? Going out for a fancy dinner? If you’re Barn on the Farm Festival founder Josh Sanger you go a bit larger than that. With secret sets, a genius underplay booking for new national treasure Lewis Capaldi and Sanger securing his dream headliner in the form of American pop hero Maggie Rogers, Barn on the Farm put on its biggest party yet.

Barn on the Farm takes place at Gloucester’s idyllic Over Farm. With the capacity set at less than 3000, this is a really intimate festival considering the size of some of the acts they’ve managed to book this year. So those secret sets? On Friday, The Vaccines arrive to shock the farm with a hit-packed hour on the tiny Outdoor Stage. Frontman Justin Young is loving it, having come from a mammoth set at Glastonbury Festival; this is back to basics. After some teething problems after their debut sent them sky high, they’ve really found their form in recent years, and that confidence manifests itself onstage.

Scots indie-rockers Vistas get things moving on Saturday with a half-hour of fizzing teenage bottlerocket vignettes, before returning heroes Sea Girls blow the roof off the Main Stage. Expect them closer to the top of the bill next time out. Gabrielle Aplin draws a huge crowd and provokes mass singalongs in a triumphant Main Stage appearance, one of Barn’s first ever headliners revelling in the anniversary celebrations. While Barn regular Zak Abel gets a joyous reception on the Outdoor Stage, a few lucky fans cram into the Wooden Barn for a spellbinding hour of dream-pop from The Japanese House. Supremely talented musicians and a slick live unit, Amber Bain grows with every performance, headbanging, shredding her Fender guitar and delivering mesmerising pitch-shifted vocals. The closer of ‘Clean’ is a real moment, and the band leaves the stage to a rapturous ovation. These small stages won’t hold them much longer.

Fatherson bring some much needed oomph to a lagging Sunday afternoon, showing off highlights from last year’s Sum of All Your Parts, decked out in trademark pastel suits and sporting huge grins throughout. An hour later, the Main Stage is packed out for “Reggae Zero”. Or rather, if you googled the name, found nothing and scratched your head for a second, you’ll have twigged it’s a massive set from George Ezra, back on the barn as an arena selling superstar. He’s still sat on a stool after a recent mishap put him out of action, but the crowd don’t care one bit, roaring along to his biggest hits. Were it not for the strength of his catalogue it’d be a muted set, with Ezra’s backing musicians outshining him. But he’s polite and chatty and everyone knows the word, and for a birthday surprise that’s what’s important.

In the same vein, the Outdoor Stage is hilariously overfilled for Lewis Capaldi’s set, which couldn’t have been contained by even the Main Stage this year. By now everyone knows the songs, knows the self-deprecating patter and knows what they’re here for. ‘Someone You Loved’ gets a mammoth singalong as expected, but the duality between Capaldi’s electric personality and unremarkable (if fantastically crafted) music is beginning to show. That isn’t to say he doesn’t deserve his success, ‘Hollywood’ and ‘Hold Me While You Wait’ are solid gold bangers, even if they’re a little thick on the cheese. Good luck catching Lewis at the Barn next year he’ll be gracing the upper echelons of the Big Festivals.

Hopping across the pond to show us how it’s really done, there’s no better way to see out the weekend than Maggie Rogers’ first ever festival headliner. Profusely thanking Sanger for the opportunity to play, it’s a real occasion, and Rogers’ has the bangers to back it up. ‘Overnight’ and ‘Alaska’ get people dancing, before confetti rains on a euphoric ‘Light On’. It’s great to see a newcomer appreciate the significance of this year’s celebrations and put on a show to match. Next to the pedestrian Dermot Kennedy (last minute replacement for headliner Sam Fender due to falling ill), Rogers is a revelation, owning the stage, twirling her deep blue cape and belting out choruses with a flawless vocal performance. Returning for a special acapella encore of her country hymn ‘Now That the Light is Fading’, the crowd (eventually) falls into a hush before Rogers send us into the night.

With Sanger promising to continue “breaking rules” with next year’s edition, the scope of 2019’s headliners and special guests are testament to an event that’s carved its own niche in the summer calendar and won’t let it go. Expect another big party next year.