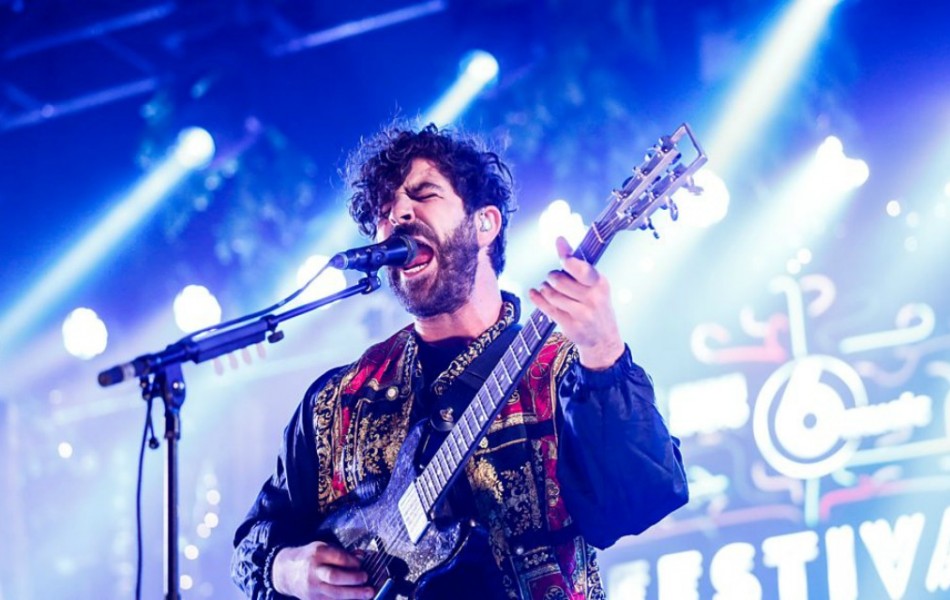 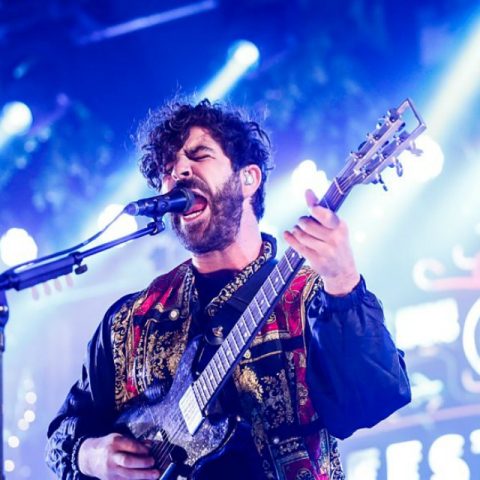 As we edge towards the industrial outskirts of Bristol on a quiet Sunday, there are not many indicators that we were about to be hit by a squall of music for BBC 6 Music Festival. Although the closer we got to the destination, low rumbles of bass emerged from the imposing figure of Motion as our hopes quickly restored.

Much like the rest of the weekend, tonight the bill of acts comes as artists who the alternative station has championed in recent years. We were gifted with both diversity and safety with names from Beirut all the way to Foals.

Getting things underway was the man of the people, Frank Turner. He’s someone who above the music was down to earth and in good spirits. Opening with ‘Get Better’, there was a unanimous sense of optimism behind the track. Formally dressed, those onstage blossomed with confidence as they took the vast majority at the warehouse by their hearts. “Welcome to show 1832” Turner yells early on in his set. It’s this kind of experience that no-doubt makes Turner’s live shows so impacting.

Everything Everything brought their complex song structures to the main hall whilst across the way Kurt Vile was delivering the laid-back beauty of his latest album. Although Vile’s music sounded like he blazed a doobie and recorded his session in one take, there was a poignant romanticism that made his set so apt for Valentine’s Day. The windows of the high ceiling steamed up as we heard tracks such as ‘Pretty Pimpin’ and ‘I’m an Outlaw’ – delivering moments of true organic beauty.

The next artists to coincide were Beirut and Foals. Both of the rooms were equally packed with each group of musicians bringing sounds that couldn’t have escaped your eardrums. Opening with the embracing ‘Scenic World’ Beirut filled the room with intriguing and distinct instrumentation from the off. This was a band who deserved their acclaim for continuing to provide something so ornate and unusual.

Foals were their usual-selves in the best way possible. Their setlist lurched heavily into the territory of fourth album What Went Down but also welcomed the past with open arms. It was a messy affair as always. As presenter Shaun Keaveny bellowed in their introduction – they may have had many accolades under their belts, but they were still modest enough to put the two for five Wetherspoons deal to good use.

With all of the split opinion that this festival brought to the city, what we all saw was the BBC delivering on its promise. BBC 6 Music Festival was positive throughout, bringing fresh eyes and attention to Bristol. Of course there was focus on the heritage of the city – but won’t there always be? It’s not like Manchester will be escaping people celebrating The Smiths and The Stone Roses anytime soon. The main events have subsequently brought exposure in turn to the Fringe happenings. Everyone involved should be proud.