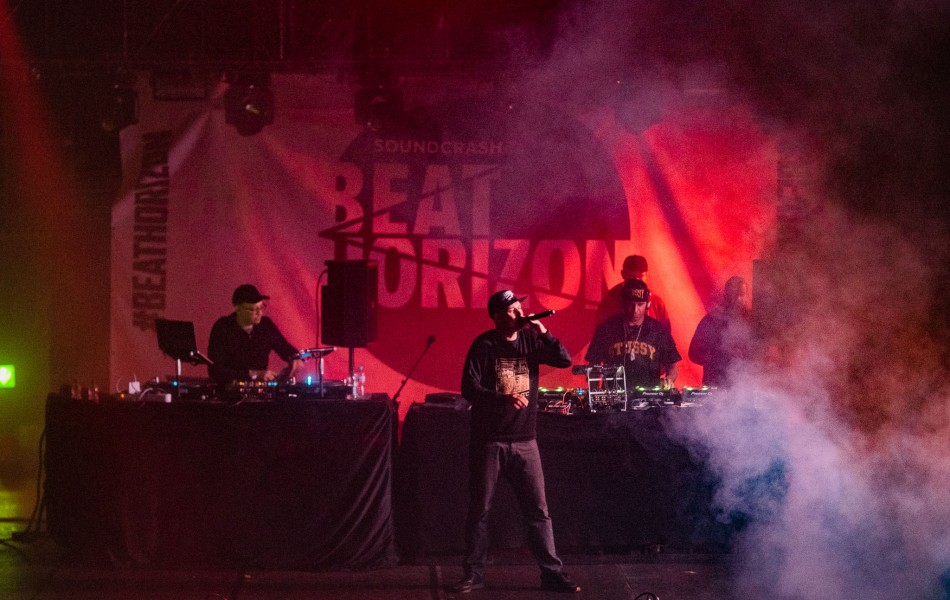 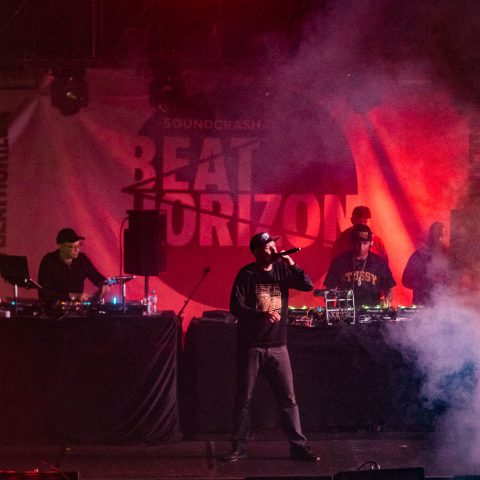 After arriving at Motion, on a textbook dark and chilly January evening, the queues were already filled up along the road by 9:45pm. Soundcrash favourite, DJ Cheeba warmed things up with his unique style of turntablism, scratching up a blend of classic hip hop, suited to the stellar Bristol leg line up of Wu Tang Clan’s Raekwon, Talib Kweli, and Jeru The Damaja.

Starting a little late, Sampa the Great kicked off her live set with aptly named single ‘Energy’ complete with backing dancers. She worked her way through a bright, jazz-infused and genre-fluid set, including the neo-soul tinged ‘freedom’ and ending with a powerful rendition of ‘Final Form’.

Next, we headed over to check out a very red Marble Factory for a bit of Mala’s set. It was much darker and dubbier, providing a glitchy vibe and a refreshing mix up to the show’s proceedings.

Next up was Talib Kweli, emerging onstage in a black snapback embroidered with the words Truth Lies, and wrapped in the Zambian flag that had been also draped over the microphone stand during Sampa the Great’s set. He made references to Kaytranada and Anderson .Paak, and later on, a tribute to legendary beat producer Jay Dilla. Ending with energetic crowd pleaser ‘Get By’, Talib Kweli did not disappoint.

Back over in the Marble Factory, Wu-Tang Clan’s Raekwon hit up the stage, with a huge selection of onlookers, including Talib Kweli himself. Back over on the main stage, Bristol’s own Roni Size was accompanied by Dynamite MC, who also carried the crowd through to LTJ Bukem’s set, a lighter, more fluid serving of dnb etc. — especially so when sandwiched between Roni Size and Goldie.

Jeru The Damaja was the next set in Marble Factory after Raekwon, kicking things off with ‘Me or the Papes’ to an enthusiastic participatory audience.

Finally, MC Lowqui introduced Goldie and, despite being the last set of the night, the crowd was full and still up for more drum and bass, breakbeat and jungle as Goldie showcased some timeless classics, bringing the final night of Beats Horizon to a epic close.