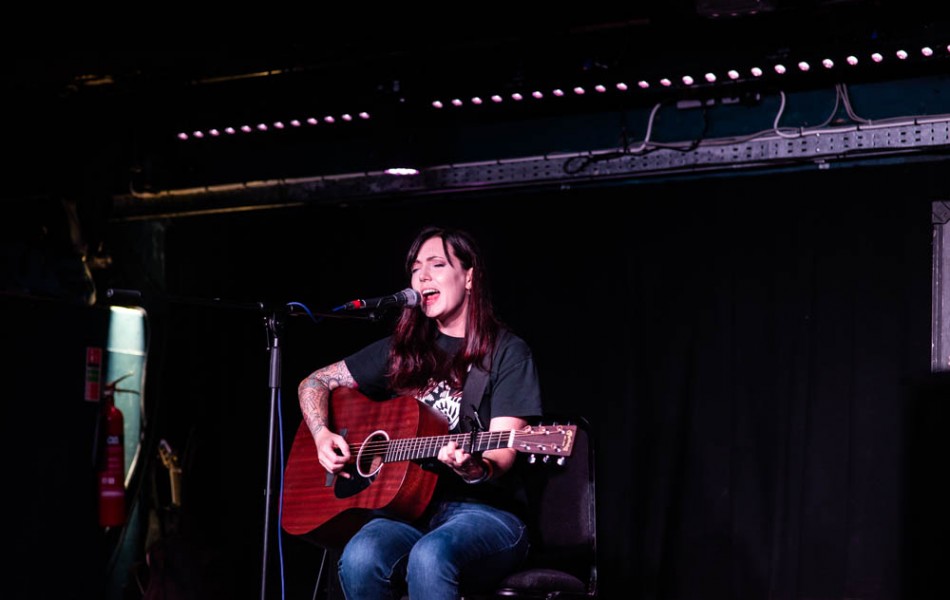 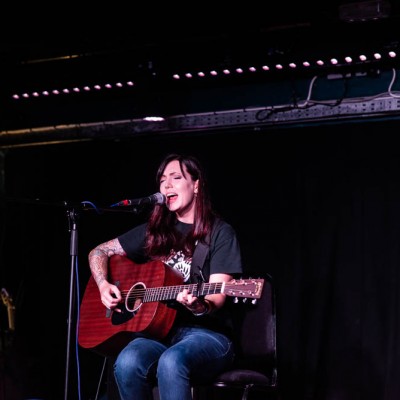 It’s a warm and summery Sunday evening in Bristol. The city is quiet, contemplative (or just hungover) from St Paul’s Carnival. The path to tonight’s gig at the Exchange involves dawdling slowly past the jazz musicians on the corner of the roundabout by the Stag and Hounds. On arriving amongst a moderate but dedicated crowd of fans, the first striking difference about the Exchange is that in place of the usual crowd of young adults stood around in small groups watching intently, there is a handful of tables and chairs set up with benches and stools around the edge. This gives the teal coloured venue a much more intimate, relaxed feel.

The lighting is simple too, there is just one spotlight on the stage illuminating the Northampton based newcomer Andy Hawkins. Hawkins is the first support, who had never played a solo gig until eight months before tonight’s show. Hawkins delivers a simple, understated set of songs from his EP, As Soon As it is Written, in his soft melodic voice.

The second support, Non Canon is up next. He starts his set with nostalgia-tinged songs on varying themes from love and 90’s indie bands to authors, intermingled with the occasional references to current zeitgeists-Brexit and alt-facts served with good humour and a twinkle in the eye. Barry (Non-Canon) starts with a few technical difficulties so decides to play the whole set acoustically. This works great and his voice rings out clearly, reminiscent of Morrissey at times. A handful of songs end with a catchy mantra, inspiring the audience to sing along.

The last act of the night is Billy The Kid. We spotted her earlier at the back of the audience chatting to fans. Born in Canada and now living in Alabama, Billy breezes onto the stage in a Lost Records t-shirt and begins her solo guitar set in her melodic, beguiling voice; alternating a range of softly picked guitar Her voice is a husky, throaty whisper building up to a distinctive roar, a style which Billy is perhaps better known for in the band Billy and The Lost Boys.

Billy bares out her soul to her captivated audience through hits ‘Smoke’ and ‘Dogs’ from her new album Look at Me, I’m Fine and throwing back to a few older ones from Horseshoes & Hand Grenades – such as the energetic and upbeat ‘Virginia’, and ‘This Sure as Hell Ain’t My Life’, her duet with Frank Turner on the album, which takes on a new meaning as Billy sings it solo. The second to last song is a fun, pop-punk take on Whitney Houston’s ‘I Wanna Dance with Somebody’ – a vocally challenging song, especially when laid bare only accompanied by an electro-acoustic guitar. Billy accomplishes this beautifully. Billy is a prolific producer of many YouTube covers, so it’s unsurprising that she performs one, even if the song choice is unusual.