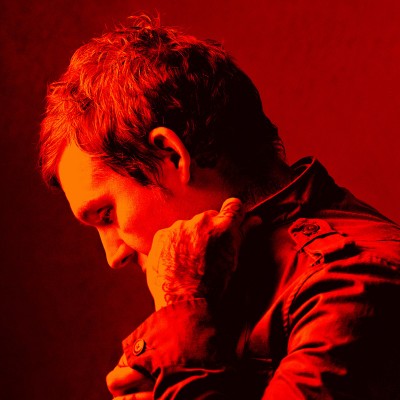 After a triumphant round of summer reunion shows with his old outfit The Gaslight Anthem, New Jersey’s Brian Fallon is back in the UK with his intimate ‘Songs from the Hymnal’ tour. Taking in theatres and churches, tonight finds Fallon at Bath’s stately Komedia. With a large catalogue to choose from, and various different bands and projects to show off, these concerts are a chance to pick out some lesser heard songs and put a new spin on some old favourites.

Joining Fallon is Craig Finn of the Hold Steady, getting into the storytelling spirit of the evening by discussing the origins of each song he plays. Having been in the game for more than 20 years, Finn talks to the crowd as if he’s the headliner. His brutally honest lyrical account of sitting drinking beer as the Twin Towers burned on 9/11 is moving, laying bare the total confusion that Finn and his fellow New Yorkers dealt with that day.

The solo setting gives Fallon a chance to veer off script, often wildly when it comes to his between song patter, with many of the introductions going off on tangents and taking in the noisy front few rows chatting back to him. And yet the less structured performance lets him open with ‘National Anthem’, a tender finger-picked Gaslight Anthem song tucked away on the end of an album.

Fallon has also become a decent piano player, giving a different complexion to ‘Sleepwalkers’. On record it’s a brash brass jam, here given a delicate that accentuates the yearning vocal that is the anchor of the song.

With Bath one of the few standing shows on the tour, the crowd are in a more boisterous mood, forcing Fallon off topic, hollering requests and singing heartily along to more well-known tracks. The pinnacle is a fan begging to hear ‘She Loves You’ a mere ten minutes after Brian delivers a spine tingling rendition of the same song, prompting a cringey exchange with a despairing Fallon.

Tonight is a demonstration of over a decade of consistent, classic songwriting from an artist who’s been able to sustain himself despite his main band falling by the wayside. If he wasn’t such a natural and amusing frontman, Fallon could probably have fit in ten more songs, but his rapport with fans is part of his everyman charm A parting shot of The Gaslight Anthem’s standard ‘Great Expectations’ sees the Komedia join Fallon in bellowing the chorus and counting the days until Brian Fallon is back with new songs. Whether that’s solo, with The Gaslight Anthem, or some brand new venture, you can be sure that Fallon will always have more songs to sing.