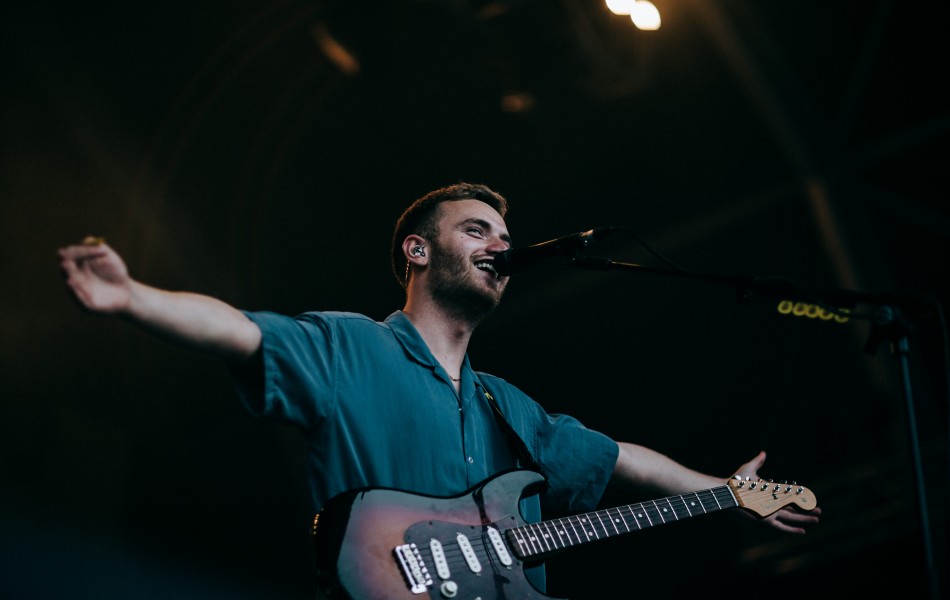 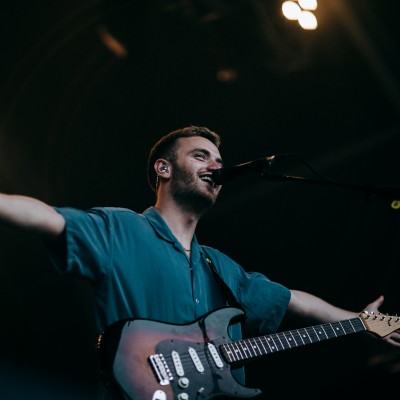 It was immediately clear who Tom Misch audience were; swarms of trendy students and hipsters – who I have now dubbed the Misch Niche – took to the Ampitheatre on the first night of Bristol Sounds. Supporting him was the wondrous drummer Yussef Dayes; one half of Yussef Kamal, he now works on his solo projects. However, he is always accompanied by equally talented musicians who astound me just as much as he does. Even if they aren’t playing the technical madness Dayes usually goes for, there is still a lot to be said to play alongside someone with an abundance of movement and intricacy like his.

Tonight was no exception; the trio, later to become quartet, dove in and out of chaos and light seamlessly, nodding at cues and rejoicing in each others’ syncricity. Beginning with keys and bass to either side of him, their energy was undeniable. Whether you like their music or not, their passion is infectious, nodding at each other whilst they gliding simultaneously through the crazy funky jazzy beats. Later joined by a trumpet player, the wall of sound was layered with melodic sweetness. You can’t help tapping your feet to the beat even if you’re not quite sure what time signature they’re playing in. Tracks as jazzy as the bright shell suit Dayes rocked on stage, this is the least intimidating yet technically brilliant jazz you’ll be only happy to approach.

The evening cooled and grey clouds absorbed the last of the sun but luckily for us Misch was on hand to warm us through with soul, allowing us to bask in his easy breezy tunes. The crowd roared swiftly at the sight of the sweet South Londoner, who’s unformidable charm and presence was a welcome asset to our city’s happy souls. Armed with his electric guitar, he pleased his fans with his well known tunes such as ‘South of the River’ and ‘Movie.’ For these and several more, the Amphitheatre was filled with synchronised waving arm; an impressive heartwarming sight at any large concert. As far as his set goes, it was filled with pleasant enough tunes combining aspects of hip hop, soul and a little funk all glossed with that nu production sound. But I never quite got enough oomph to keep the chilly night at bay.

My favourite moment was the surprise guest appearance of Loyle Carner, who has been reaching greater and greater heights since the release of this second album Waving but not Drowning. Short lived, they played their tune, ‘Water Baby’, released on Misch’s 2018 album Geography, until Carner returned back stage and the excitement was over. There were moments of surprise though, including their instrumental cover of Dr Dre’s ‘Xxplosive’ (which is actually a sample of Soul Mann & the Brothers ‘Bumpy’s Lament’). Overall, Misch’s soulful solo style is certainly beyond his years.