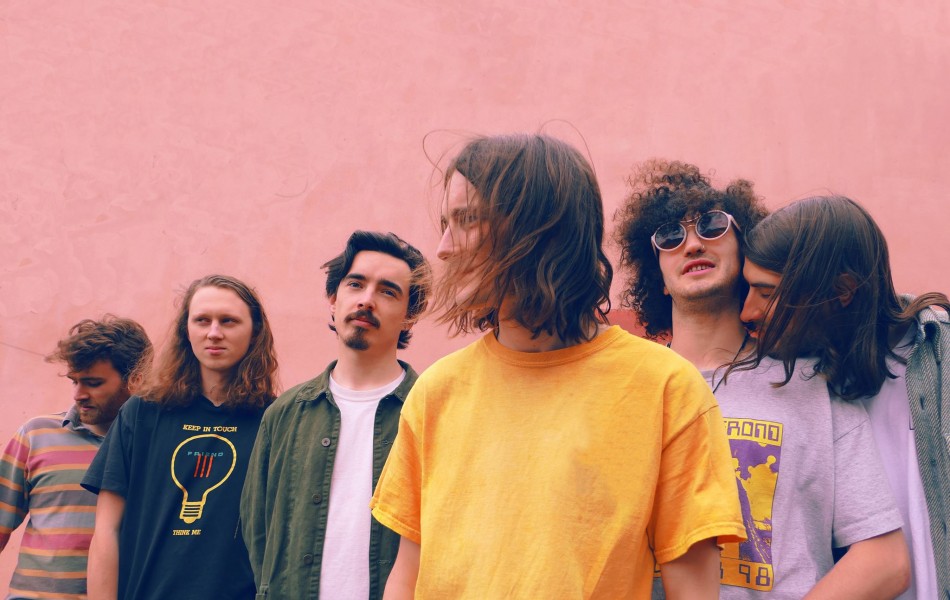 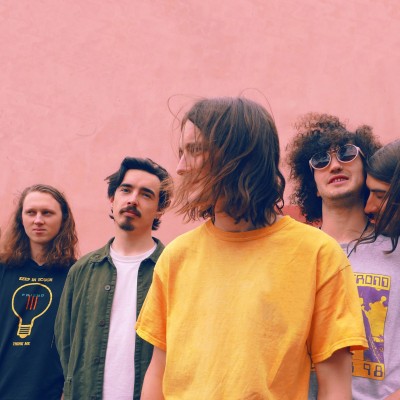 This week saw the 30th birthday of one of Bristol’s most iconic venues, The Louisiana. It’s undoubtedly one of the most well loved venues in the city hosting names such as The White Stripes, Scissor Sisters and Super Furry Animals. The Louisiana is home to your next favourite band, always on the trigger with the best names in town and the birthday celebration week was no exception. With a day jam packed with names such as Lice, Human Bones, and Last Hyena, extending to a week long event with performances from the virtuoso that is Thurston Moore and post punk indie outfit The Wytches. The festivities were doubled however, as it was also the release of Cousin Kula’s debut EP.

After releasing their debut single ‘Hesitation’ in the scorching summer of 2016 they’ve gone from strength to strength, selling out shows in Bristol and London, playing packed festivals and even taking their music around Europe. The vibrant masterpiece that is their OODLES EP is a stunning flurry of synth fantasy combined with grandiose prog rock guitar riffs. OODLES is oozing with psych pop charm and hallucinatory pizzazz.

First on the bill was Harvey Causon, his minimal electronica tunes and luscious James Blake-esque vocals are soul soothing. Having recently released his single ‘Frisson’, a-rainy day-stay-indoors-and-unwind vibe tune, Harvey’s tunes are relaxed, rich and most definitely worth checking out. Then came Two Day Coma, a trio whose work often involves collaboration with other musicians, their EP featuring eight other musicians as well as themselves respectively creating a blend of joyfully indie and atmospheric beats. Think Bombay Bicycle Club meets Mystery Jets, if you’re a fan of either of these band you really need to check out Two Day Coma.

The pinnacle act of the night were about to set up. Illustrative visuals were projected on the back wall, flashing and changing in colour like a kaleidoscopic mood ring. The sole noise was the room erupting in applause, not a word was said as the band began to take their places. Doug on the far left at the synth-sax station, James sat behind his kit, Will on the far right at synth station no.2 (minus sax, he’s got a trombone), then bassman Ollie, lead guitarist Jordan and frontman-guitarman Elliot all perched down on their knees. This isn’t some sort of cultist initiation process, it’s the beginning of the night. I could feel the crowd around me get on their tiptoes to see what activity was going on. With that, Doug and Will ripped the room apart with a sax and trombone intro as if it were a modern day national anthem signifying the start of the night. Elliot now stands up minus his guitar, his words are pure and silvery like porcelain. Jordan then chirping in on backing vocals, the words ‘I don’t think so’ echoing through the room along to the slow and atmospheric jazz ridden song. A slow and steady intro was then obliterated by James’s off beat drums hurtling headfirst into ‘Hesitation’ without hesitation – no really, it was actually insane. Their first single is still sounding fresher than ever, the jarringly static synth and beefy sax totally contrasted by the angelic backing vocals from Will and Jordan. Their frenzied and zesty sound only being amplified by the quick changing visuals offering as an extension of their far-out sound.

A tune from their EP then followed, ‘Off Your Chest’ kicks off with a spectacular synth driven riff fuelled by Elliot’s ethereal vocals echoing through The Louisiana. Cranking things up a notch were Doug and Will at their respective motherboards of electronics, hammering at their keys in unison. The sounds they managed to squeeze were stratospheric and certainly packed a punch, Cousin Kula are heavyweights when it comes to the Bristol music scene. Elliot jiving from side to side and Jordan throwing his hair around the guys were feeding off each other’s energy like an electric current, the song climaxing as Doug screams out an energetic sax outro which was literally breathtaking. A beautiful flourish of crashing keys and jarring riffs makes ‘Off Your Chest’ a stand out track.

New number ‘It’s Natural’ begins with a lullaby-esque vibe with Elliot’s calming vocals remaining the centrepiece. Building up with a funk groove keys line from Will and a 70s psych riff from Jordan and crashing drums from James, ‘It’s Natural’ has all the components to make for your next new favourite song. ‘Mimo’, another relatively new track began with a low hum synth intro with Elliot remaining the focal point delivering the heart wrenching lyrics ‘got to stay positive/none of this feels real’. Ollie’s addictive and heavy bassline (ringing in my ears long after until the gig has finished), offbeat drums, a spacey synth and contrasting backing vocals made for a sensory overload.

Enter ‘Happiness’, a poetic ballad which consisted of solely Elliot singing, never has there been a more charming frontman. Then plunging into their latest single ‘Working For It’ I couldn’t even register the change happened too quickly. The jangle psych pop intro riff and rumbling bass were goosebump inducing, the atmosphere being played to the absolute max with a shift in mood and tempo not knowing what was going to be around the corner. This was all building up to the savage solo done by Jordan on his beat up guitar, a prog rock fantasy which felt like something straight out of a Pink Floyd bootleg.

Slowly filling in the puzzle pieces of songs from their EP, the vivid ‘Ode To Lyle’ then came. A spectrum of swirling synth and tangled drum beats reaching its zenith during Will’s hysterical keys and synth outro. Then came a puzzling instrumental which was uncalled for. After the applause from ‘Ode To Lyle’ had merely finished, an ominous bassline was played for a few bars, then joined in by guitar. Slowly one by one the guys all joined in, the math rock drum beats and repetitive rhythm riff made it tremendously difficult to dance along to. A gargantuan prog rock solo from a modern day Gilmour, Jordan physically manhandling his guitar in a way I’ve never seen from anyone before. Combined with everything else which was happening on stage, It was difficult to keep up with this animated affair. The audience screeching after Jordan’s exhilarating solo, the song then ending with a fluorescent jam-like groove.

Taking things a step back, Elliot is now guitarless and the low synth hum of ‘What You Know’ begins. Elliot’s engrossing voice has the entire audience hooked, with the lines ‘so this is what it feels like/I’ve noticed’. With a shimmering electro psych crescendo, ending with the repeated lyrics ‘you are unforgettable’ until they are a mere whisper, Elliot pushes the mic away, this is the cue for the audience to shatter into applause. Cousin Kula truly are unforgettable.

Catch up with Cousin Kula’s interview in our latest podcast.