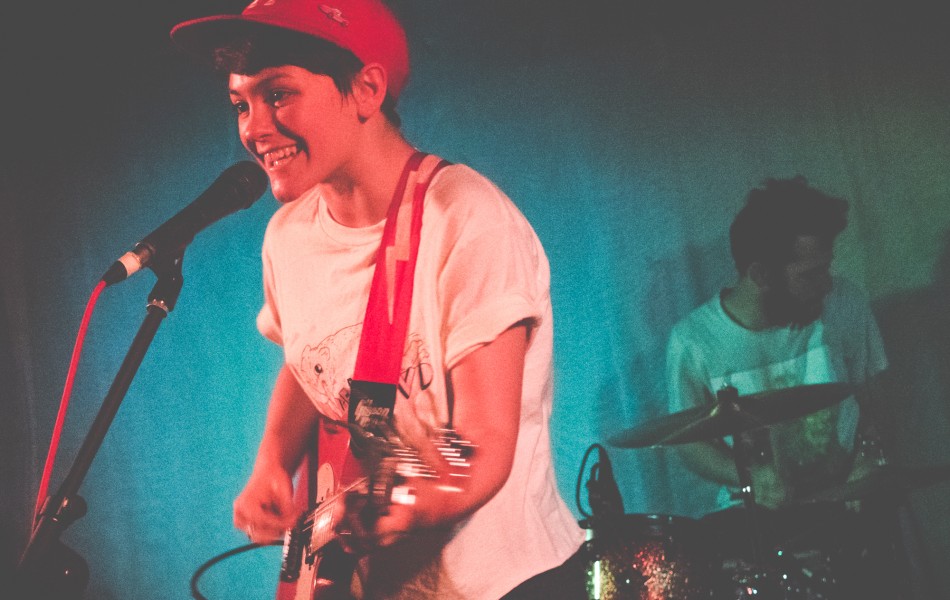 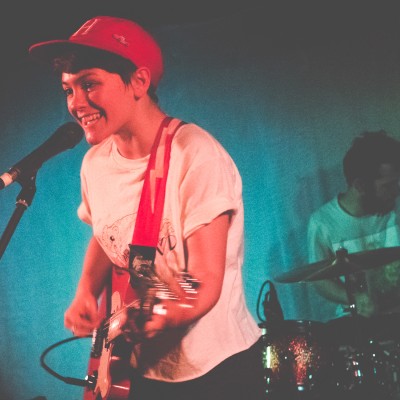 There was no denying that prior to tonight’s show everyone’s thoughts were with David Bowie, who sadly passed away from cancer. But soon after, surrounded by the most welcoming of audiences, we were ready for our first gig of 2016 and what better than an Art Is Hard Records presentation featuring Diet Cig, Bruising and Two White Cranes.

Hotly tipped on many ones to watch lists, New York’s punk pop two-piece Diet Cig brought their swelling hooks and sing-along choruses overseas for their first UK headline tour. A chilly Monday evening that soon heated into bubbly charms, soaring shout outs and swirling dance moves that carried on well into the night.

It was all laughs, applauses and appreciation for Roxy Brennan aka Two White Cranes who opened the show with her intimate set. It’s been ages since we’ve seen her perform solo, which made this one extra special. Brennan’s songs poured with such affection as fans old and new watched in awe as we listened to captivating snippets of life and love from 2015’s full-length Raddison Blue – beautiful!

Leeds punk four-piece Bruising kept things going at high intensity. Backed by a successful year touring with Los Campensinos and acclaim from Noisey, 6 Music and more; the band showed their worth with an electrifying performance. Channeling emotionally charged songs through irresistible rock riffs and sucker punch choruses, Bruising washed away everyone’s blues with their swaying pop melodies, leaves us walking away as confirmed fans.

All in good spirits as Diet Cig made their way to the stage. It amazes us every time the amount of energy that comes from a live two-piece with just a guitar and drum kit; Diet Cig had this and so much more as they got us partying like the good old days.

Vocalist/guitarist Alex Luciano and drummer Noah Bowman were so much fun to watch. Luciano telling everyone to bounce around and stretch your muscles for a night of singing and dancing, and within minutes we were having the time of our lives. Their songs from acclaimed debut EP Over Easy were our best friends tonight, allowing us to relive our teenage youth in this unique and euphoric experience. From moving into your first apartment on ‘Breathless’, trying too hard in ‘Cardboard’ to break ups on ‘Harvard’. Diet Cig lyrics were specific as they were relatable, supplied by their punk pop jams for music that’s incredibly restless. Closing song ‘Scene Sick’ received waves of affection as everyone shouted “I just wanna dance” for an anthemic finale.

Diet Cig brought smiles and joy to everyone’s faces. Carefree music filled with unbridled energy and infectious hooks; no doubt one of the best and intense live shows we’ve ever experienced.