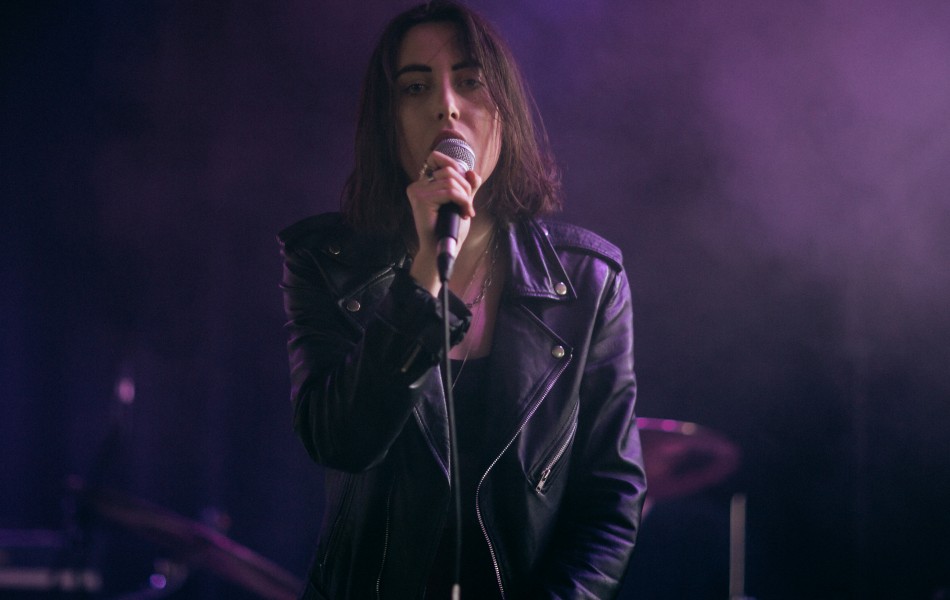 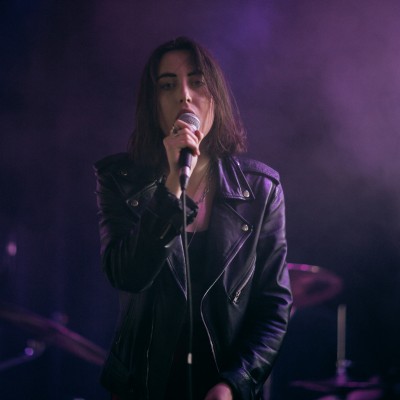 With a stacked lineup and a reputation for breaking some of the biggest acts around today, Dot to Dot Festival was always going to be special, and this year’s event didn’t disappoint. With the sun shining on a sweltering May afternoon, it was the perfect day to stroll between some of Bristol’s best venues and soak up a selection of the best emerging music on offer.

Joe Probert kicks off proceedings at the O2 with a confident set of retro soul, pounding away at the drums while belting out heartfelt vocals from behind his head of shaggy brown hair. He’s an impressive singer and an accomplished vocalist, but to pull off both simultaneously without missing a beat is a rare talent.

High-tailing it across the city centre, The Fleece is rammed to the back to see a rare UK show for Sons of an Illustrious Father. The band have been going since 2011 but have received recent interest in no small part due to their drummer being Ezra Miller of massive film star fame. They’re so much more than a famous face though. Along with Lilah Larson and Josh Aubin, the trio dart between instruments, swapping places and trading vocal duties for a truly collaborative performance. Special kudos for the really unexpected acapella outro where the group abandon their instruments and their microphones and manage to bring a hush over the tipsy mid-afternoon crowd.

Over at SWX Aussie rocker Alex Lahey brings her A-game, firing off songs from her brand new Best of Luck Club album. Over the past few years she’s honed her stagecraft and delivers these endearing indie-punk nuggets with vim and a big grin on her face. ‘Every Day’s the Weekend’ has never sounded more apt, and ‘Am I Doing It Right?’ hints at bigger stages to come. The highlight is ‘Don’t Be So Hard On Yourself’, Lahey grabbing her sax for a rip-roaring solo straight out of the Clarence Clemons playbook. A final riotous bash through ‘I Haven’t Been Taking Care of Myself’ gets the crowd fully onside. Lahey is an absolute hero and the festival’s early MVP.

Next up are Bristol’s very own Swimming Girls, showering revellers with a wash of 80’s synth, last-dance bangers and effortless cool. They mainly showcase songs from their upcoming EP, including the haunting solo song ‘Pray In Silence’. It’s the biggest change of pace, featuring Vanessa taking the spotlight to deliver the dark rumination on mortality. Mainly though, Swimming Girls came to party. ‘1 2 Many’ leads the way for the new tracks before ‘Tastes Like Money’ sends the band off with everyone present wishing for just a few more. A debut album can’t come soon enough.

One of the more experienced bands on the bill, nonetheless Scottish rockers Fatherson are on a roll touring last year’s accomplished Sum of Your Parts. Packing out the Fleece, the trio arrive in complementary pastel suits and tear into the searing ‘Charm School’. Scotch bands have a habit of rocking harder than any of the other British nations, and Fatherson continue that tradition, ‘Making Waves’ pairing a Pixies-riff with a mammoth chorus. They drew in a fair few fans who make themselves heard on closer ‘Always’ but looking around the room they’ve clearly gained some new admirers.

Later on at The Fleece, Mini Mansions bring the California swagger. Matching suits, slicked hair and slicker riffs, the collaboration between members of Queens of the Stone Age and Last Shadow Puppets are preparing to release a new album and show off tracks tonight. ‘Gummy Bear’ is a falsetto hook that verges on Mika, while ‘Hey Lover’ shows their knack for a groove remains undimmed.

Headlining the main O2 Academy stage, Crystal Fighters are here to do one thing: party. With the set decked out in flowers, palm trees and bongos, Anglo-Hispanic ensemble bring their infectious alternative dance grooves along with bags of attitude. As soon as they kick in the venue is bouncing to the very back, with the bands many, many TV and video game features meaning even casual listeners know a fair few songs. They’re an inspired choice of headliner, able to bring together both those dying to see them and those taking a chance into a frenzy of drink and dance. It’s a fitting end to proceedings and sees the festival off with a shake of the hips.

With the unpredictable British weather co-operating and festival goers enjoying a long, hot weekend, Dot to Dot Festival shows the value of a chilled weekend strolling the city before the carnage of full festival season kicking in. A great lineup and a great format; expect some of these acts to pack out bigger stages in the coming years.