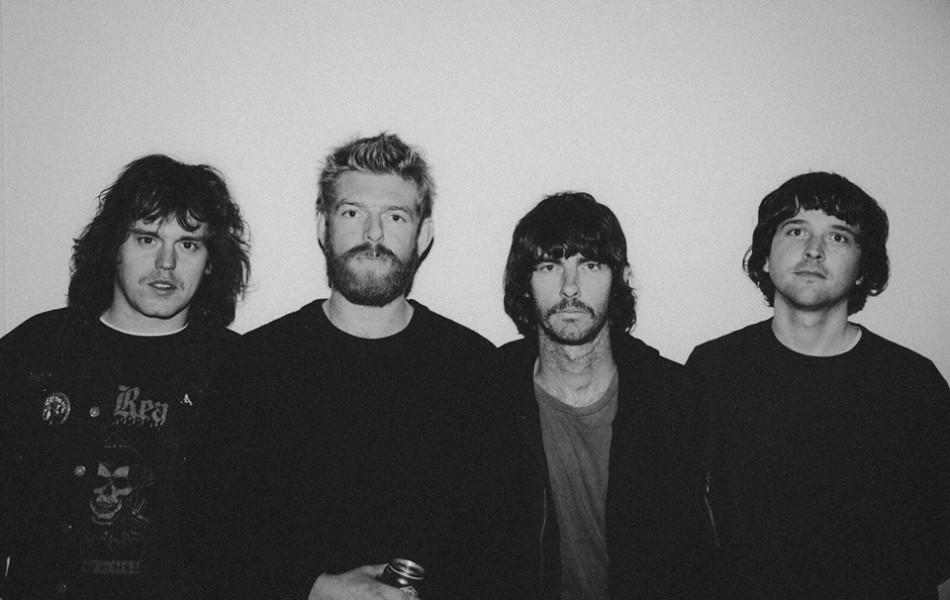 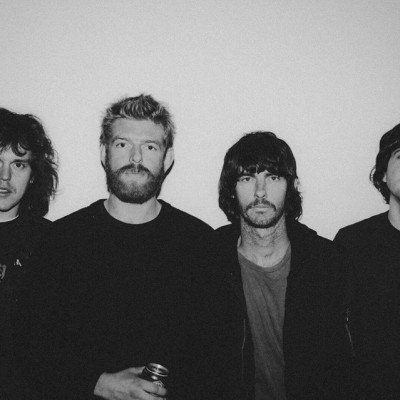 Climbing up the stairs and out of the cold to tonight’s venue The Loft in Southampton, the dim-lit room is hot and hazy. Tonight’s solid line-up of five bands from across the globe is about to commence and the disco ball is in full rotation. With a cheap bar and non-stop music, we’re in for a messy night. For promoters Quartz and Production’s second event night, it was a corker, and although it was ambitious for a Tuesday night it was pulled off well.

First to take to the stage are Fleet locals, The Buzz Aldrin Mass Suicide, with a sound leaning towards a bare bones Brian Jonestown Massacre. The band stomped through new songs to their last and most weighty, where the Drug Store Romeos keyboardist invades the stage to dance along with them.

The Gilllies follow on with hard-core influenced grunge formed in the pits of Portsmouth. Clearly inspired by Nirvana, the band shout pointed lyrics over slow groggy guitar, creating full muddy noise. Four songs in comes their self-proclaimed stone cold classic ‘Trainspot’, creating the busy nights’ first mosh pit. As their set comes to a close, the beers are flowing and the crowd are beginning to liven up.

Here to make more ruckus are Bournemouth 3-piece LEECHES. Their fuzzy melodies and impressive hair pull the audience in with crowd pleaser ‘Inside Voices’ and tunes from their upcoming EP. Their unique feedback and modulation imbeds their sound in your mind with songs you’ll bob to for days.

Vinyl Staircase keep up the good times with dreamy riffs and guttural shouts, which contrasts nicely with their interspersed floaty harmonies. Opening with ‘Someone Unknown’, the catchy melodies lead pleasingly into the incredibly catchy ‘Said You Wouldn’t Be’. With songs that keep giving and similarities to the Australian gods Pond, these guys are one to keep an eye on.

The room now alive and stirring, much awaited Drunk Mums open their killer set with newest single ‘Ode To Death’, filling the floor with keen boogiers. The Melbourne rock and rollers give a shout out for the drummer Jonny’s birthday and thank the crowd for coming out to party on a Tuesday, before kicking straight into the gritty ‘Big Titty Trippin’’. Having travelled for 30 hours to be here, Drunk Mums blast heavy banger ‘Nanagator’, igniting the mosh pit again with their punk influenced garage tunes.

Hefty basslines carry through each song as guitarist Dean is fed Budweiser on stage and bassist Adam, donning a Thin Lizzy top, plays whilst standing on an amp during ‘Pub On My Own’. An eager punter jumps on stage to take on a shoey from vocalist Jake’s (apparently fresh) Doctor Martin. Ending the dizzyingly strong set with ‘Vitamin D’, the crowd take it up a notch, recklessly heaving each other to the rapid crashing drums.

Drunk Mums flew all the way from Australia to tour the UK and we’re buzzing to have been part of the rowdy affair. They’re now off to tour Europe so if you find yourself in Berlin on a night out, be sure to check them out.