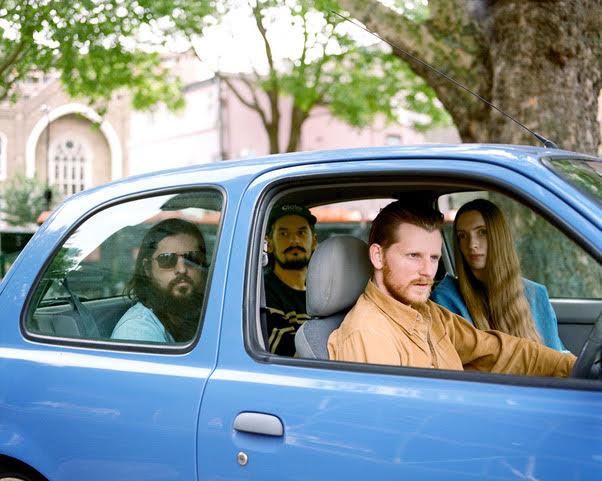 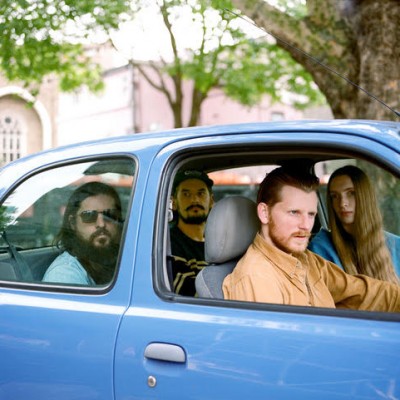 It’s hardly a secret that post-punk is going through a bit of a renaissance period in the British Isles, and those lucky enough to have been at The Louisiana on the unique phenomenon that is Leap Day will have witnessed another unique phenomenon in Dry Cleaning. The London four-piece are one of the more recent acts to have entered the fray, having only formed in 2017 and released two EPs last year to great acclaim, and this sold out show was further testament to the hype they’ve generated recently.

Going further to confirm that the capital is becoming something of a hotbed for bands of this ilk, support on the night came from the magnificent fellow London act, Pozi. With a constant driving feeling running through their set, the trio are powered by propulsive rhythms and violin that adds minimalist touches to an already stark sound that the band create. Starting off with relatively high energy, the band worked through towards a climax of more intense and atmospheric arrangements; all players becoming increasingly aggressive in their approach. There are moments where repetition can creep through, but the main credit has to go the way they’ve carved their own individual sound to stand out from the rest of the burgeoning scene.

The same can be said of Dry Cleaning, who subsequently took to the stage with their own distinctive approach of melding spiky riffs with spoken word absurdism. A vast amount of the set comprised of tracks cherry picked from last year’s Sweet Princess and Boundary Road Snacks and Drinks EPs, which when played in a live capacity really highlights the fact that there isn’t really a single dud between the two releases.

In terms of Florence Shaw’s lyrics, the themes she explores reflect the mundanity and ennui of modern living and are often spliced together from the most unusual of sources. Highlights of the set that really place emphasis on this are ‘Traditional Fish’, which was largely inspired by reading high street signs whilst on a boring bus journey, and personal favourite ‘Phone Scam’; a song that sounds like a recollection of a drunken argument, complete with an expletive-laden chorus that might engrain itself in the memory, but you’ll most likely only want to sing it under your breath. Everything is laced with a real sardonic sense of humour but delivered without even so much as a wry smile from the enigmatic vocalist.

Musically, you can hear the influence of the 80s and 90s luminaries of the genre such as Sonic Youth or Pixies through some of the dissonance and energy, particularly on tracks like ‘Sit Down Meal’ and ‘Conversation’ which play with dynamics in exciting ways. Overheard in the audience were many comments on the technical prowess of Tom Dowse, who despite having issues being able to hear himself at times delivered razor-sharp hooks that beautifully accompanied the directness of the bass and drums. The greatest reception of the night, however, would have to have been for single ‘Magic of Meghan’, a somewhat tongue in cheek ode to the (former) Duchess of Sussex, which instigated loud cheers and the most significant amount of movement from a sweltering room.

All in all, the positive notes should speak for themselves, and Dry Cleaning have definitely been able to impress enough on record and on the live circuit to whet the appetite for a full-length debut album, which is sure to be in the works soon.