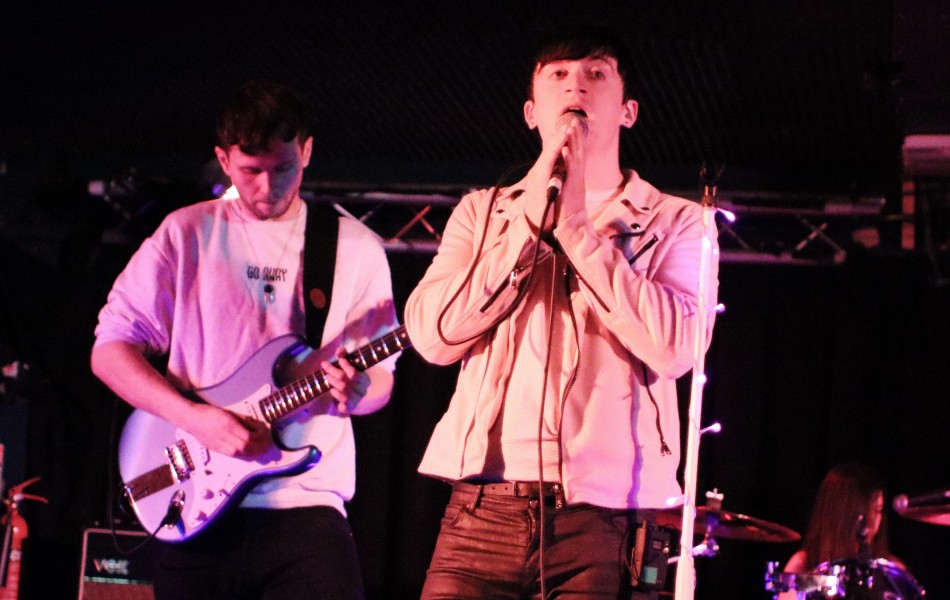 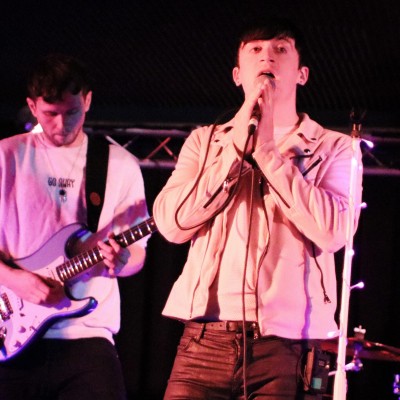 Apparently, the memo about the snow having cleared didn’t reach the music-loving public of Bristol in time, because on this pleasantly mild but rather damp Sunday evening, there’s metaphorical tumbleweed blowing across the floor of the Exchange.

Bristol, you missed a belter…

Echoic are a four-piece from Reading and this is the last date of a pretty chunky tour, the latter part of which has been heavily disrupted by the weather.

Their music effortlessly straddles a line between alt-rock and power pop without the awkwardness that some bands playing in this style display – and the keynote of their live performance is energy. Boundless energy, not only in their physical movement onstage but also in the waves of power crashing out into the audience.

This band bounces, and the impetus comes from two distinct sources – drummer Kēra Stewart is a diminutive figure, lost in her kit, almost invisible except for an occasional zebra-like glimpse of her Betelgeuse strides between the stands and in the times when she lifts her head to her overhead mic to provide one element of the band’s excellent vocal harmonies. The crisp, infectious beat she’s producing on her hybrid kit meshes perfectly with newest band member Sam Threadgold’s fizzing, popping, bass lines. Faced with this onslaught you can barely keep your feet still.

The other source is Jack Ford’s highly melodic, upper register guitar work ranging from almost jaunty in ‘Testify’ – fans of 10,000 Maniacs will be familiar with this almost calypso-like sound – to intense chord work close to the bridge in ‘Next To You’. The sound shears clear over the backdrop, aided by some immaculate work from a very good sound tech.

The set is a neat amalgam of their jagged and exhilarating 2015 debut offering Testify and their more recent EP, Shadows Of You released late last year, which brings forward a slightly more measured style. Whatever the style though, vocalist Connor John Turner has got the depth and flexibility to cover it. He stands in a quiet and meditative pose facing the stage before the performance, then simply launches into opener ‘Messed Up Smiles’ with huge relish and considerable power. A very impressive vocal performance in an area which proves to be so many bands’ Achilles Heel.

Picking stand out tracks from a set like this was always going to be a challenge but the full on, no holds barred delivery of the closer ‘Last Train’, with Stewart firing up a storm from the back of the stage and Turner’s voice in gritty overdrive, probably shades it. The singer retreats from the stage towards the end and lets the guitarists duel it out until the feedback drenched conclusion. Spectacular stuff.

Next time they’re here, let’s give them the welcome they deserve – eh, Bristol?