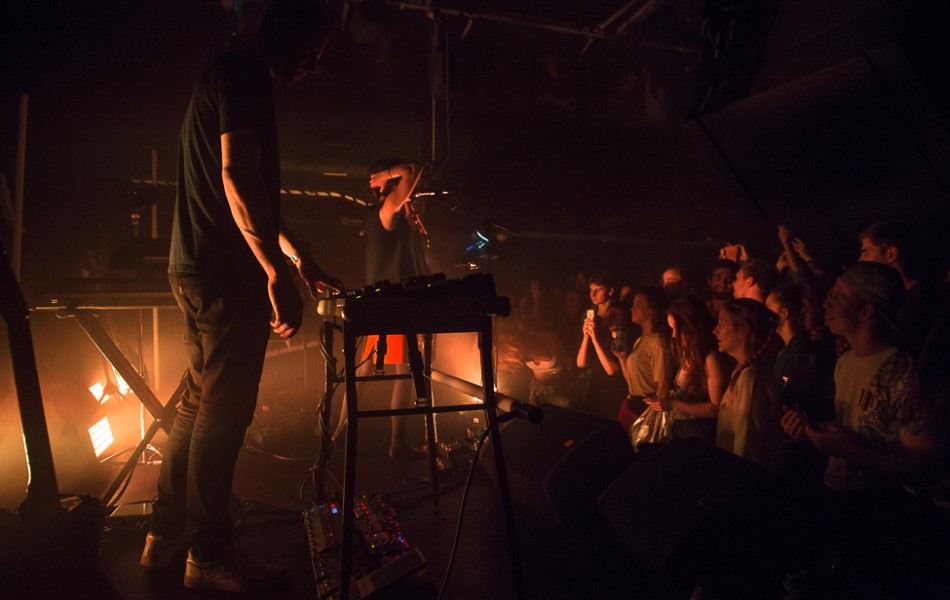 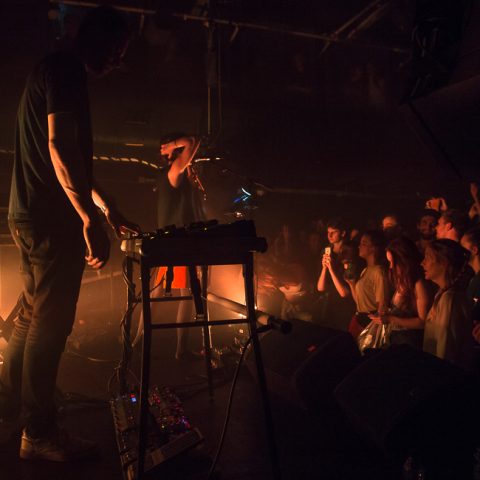 Experimental pop that holds a deeper connection; it’s been an exciting journey thus far for Bristol three-piece Elder Island and one we’ve had the pleasure of seeing many times live. From their spellbinding headline performance at The Louisiana back in 2014 and during 2017’s Independent Venue Week, to the summer sensation of their festival set at FarmFest last year; Elder Island are creating special memories through musical instrumentations that are both current and original. Translating to releases, the group have shared two stellar EPs and a small bundle of singles that’ll make you sing, dance and love. Fast-forward now to 2018, the band have sold-out their first headline tour, and return to a full-house for their hometown show on the boat that is Thekla.

Many scramble to the front row to see them in action; the three-piece (Katy Sargent, David Havard and Luke Thornton) taking their positions with multiple instruments on display. Coupled with LED/UV lights, there’s a sense of something very special about to happen. Right away Elder Island launch into ‘Key One’ from recent EP Seeds in Sand and it’s immediate lift off – everyone dancing to the weaving sequences of synths, guitar strings, and bass, led by Katy’s heavenly soulful vocals.

Elder Island’s music blends many influences; neo-soul, R&B, electronica to name a few but the outcome is something along the lines of ‘techno dream pop’. However, the real winner is that the music fluctuates, constantly shifting between sounds which form many emotions, making you appreciate it even more.

Flowing through, their set continues with gems ‘Black Fur’, ‘Golden’ and ‘Garden’; Katy’s signature cello, which has become a staple at live shows continues it’s haunting presence, supporting Katy’s vocal for added chills. Current single ‘Bonfires’ lights up the party vibes while Elder Island treat fans to some new material – two songs that lean towards 80’s style funk with hypnotic electronic loops (the latter with the words ‘You & I’) closely pulling you in. The boosting stage lights filled with colour and haze complement the pulsating aesthetics on show as everyone sways into the final moments of the set. The band feel the love from the sold-out crowd as Katy, Luke and David truly come together as one. Anticipating an encore, the band remain on stage and finish the set strong with synth-towering ‘Welcome State’ and ‘The Big Unknown’ from their first EP, which holds a special place in many people hearts.

Hometown shows are always special and Elder Island have truly outdone themselves with tonight’s flourishing performance, bridging influences old and new to form the perfect musical remedy you can dance and escape to. The band are now set to write new material and we can only wait in awe for what’s to come.