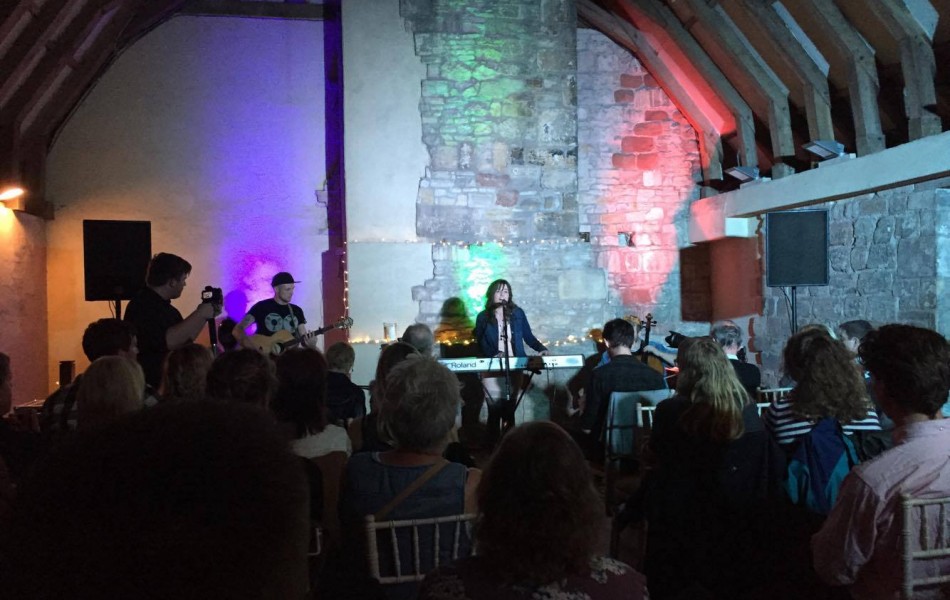 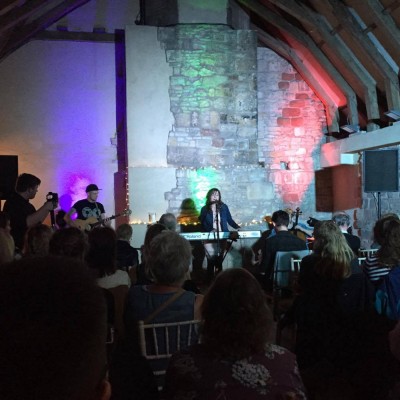 A rare trip out of Bristol for us as we head to the neighbourhood city of Gloucester to catch a special hometown performance from singer-songwriter Emi McDade. Having dropped her exquisite new single ‘Sweet Return’ (check out our verdict on the release), McDade launches the release in the beautiful medieval setting of Blackfriars, filled with close friends, family and cake (yes, lots of it!).

We arrive to the venue just in the nick of time to catch the second half of one of the supporting acts, Isaac O. Everyone watching in complete silence as Isaac’s soul-powering voice serenades the room, followed by tender strums on the guitar, until it breaks out of tune. What comes next is quite something; Isaac doing an cover of Elvis Presley’s ‘Suspicious Minds’ using the audiences’ participation – an acapella with everyone singing along and hand clapping, with Isaac completing in his element – turning a tricky situation into something thoroughly entertaining.

We get a chance to sit down for the next performer Joe Dolman, and he too asks for the audience participation for a singalong. His songs filled with thought, hope and purpose as excellent guitar work and vocal charm easily win the crowd over. A genre all too familiar but Dolman’s honesty and skillful songwriting cannot be fault – setting him apart from others in the genre.

A brief pause, then everyone takes their seats for Emi McDade’s first headline show. We’ve seen Emi several times before, and over years have seen her grow into the music profession at her own pace. Tonight in her hometown of Gloucester she is accompanied by a full band (guitarist and cellist), and what was once a teenager finding herself in the music scene has now become a confidence young woman as she addresses her friends and family with many thanks for their support. The incredibly moving ‘Faith’ leads the evening’s proceedings as Emi’s performs songs old and new. The support from her band, intertwining brooding cello and tight guitar strings offer such texture, emotion and depth; making each song that little more special. However, in terms of progression and sheer brilliance, ‘Sweet Return’ takes the spot as we see Emi step forward with her guitar, a new instrument she conquers with ease. There we are blessed with heavenly strings and graceful harmonies that soar higher and higher in the final third, hitting notes that a year ago would of been unimaginable. We almost fell off our chairs upon hearing Emi sing, it blew everyone away.

Simply put it, without a hitch this was a flawless performance from an artist who isn’t afraid to try out new things – and with a collection of songs and ever-growing confidence to match it, there’s no doubt that Emi McDade will be a huge success for many years to come.