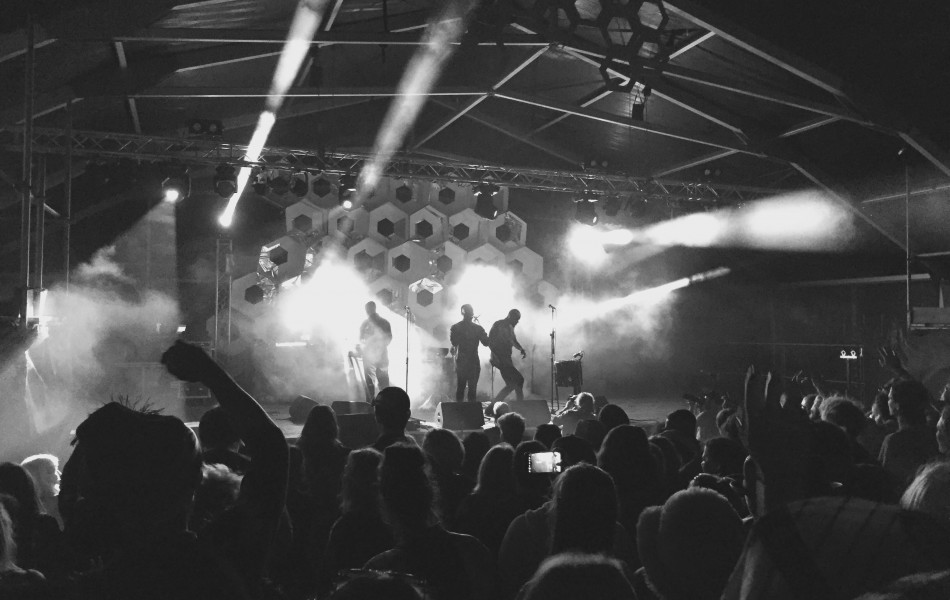 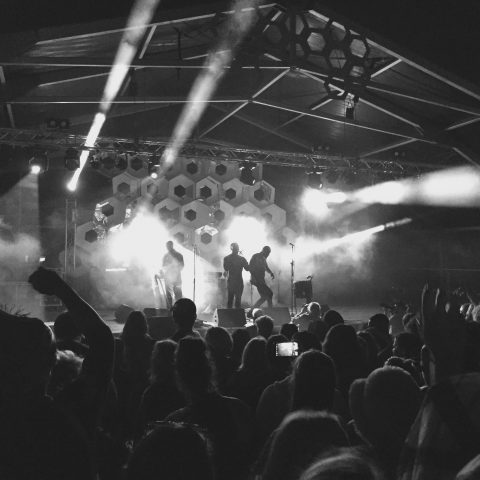 Rolling effortlessly into its 11th year, Farmfest has proven its ability to pull increasingly impressive rabbits from its metaphorical hat. From very humble beginnings, we now see the event continuously bulging around the edges as the word spreads.

Following a very tiresome and crowded train journey, we emerge onto agricultural expanse, got our tents up and soon headed down to the ‘Big Blue’ venue to catch the rising talent that is Fenne Lily.

The tent is packed with an assortment of hats and painted faces all perched on the floor looking slightly like an ‘occupy’ march. Fenne’s vocals are a complementary mix of fragility and confident melody manoeuvring. The closely-stitched songs themselves are like a careful ordering of slight movements. A key strength is the clear delivery of sentiment which builds a rapid rapport with the audience. Also she has an overtly dexterous voice without feeling the need to leap into any hyperbolic scale swooping which is very refreshing.

Next up is Rhain who perched ornately behind her keyboard with a look of soft concentration and glee. She delivers an impressive display of operatic leaps, head singing and charm which never fails to impress. Our only issue is the Icelandic accent that creeps into some tracks as the songs are clearly very personal and the hint of mimic in the rendition can muddy the personal connection we should feel. However, final song ‘Time Traveller’, backed by Isle of Wight natives Plastic Mermaids is an undisputed favourite with its sugary melodic turns and brilliantly witty lyrics. It was uplifting and genuinely very funny.

We take a brief moment for some sustenance and discover Roseau as we chomp our noodles. Starting with the song ‘Florida’, an ambient pop with sprinklings of r ‘n’ b and trip-hop among other things. The synth provided a scattering of beeps and beats as the soulful vocals and smooth grooves blew over a field of lounging festival goers drinking in the sunlight.

Our first visit to The Sett (once again with its evil badger banner behind the stage) is to see Bristol band Brockley Forest. Despite an initially quiet tent they throw themselves into their slide-guitar drenched rockabilly grunge as the drummer lashes out violently at his kit. All of a sudden the place is filled with hyper active people dressed as hens who manically paraded around. The band successfully steer an impressive heavy-footed gig, packing the place out very quickly.

Plastic Mermaids return for their own set to an array of flashing lights and an equally dazzling collection of songs. It felt like hearing a series of tragic stories flanked by a mesmerising and intelligently composed assortment of sounds. Some of the touches could be likened to Flaming Lips or The Killers but they certainly carve out a style of their own, showing that the book hasn’t been written on every imaginative and creative idea a band can try. The highlight is the closing song which Rhain comes back for. Much like ‘Drifting Away’ by Faithless, the intro is a sonic marvel of operatic skill leaves everyone speechless before leaping into a full-blown freight train of a piece.

Next up, DJ Format and Abdominal or rather what we could see of them in the heaving crowd. The first collaboration for a very long time, their passion is far from emaciated and they prove it with a set filled with 90’s leaning hip-hop. DJ Format gives a loaded helping of scratching as Abdominal whips up the venue into an absolute frenzy with his apparently bottomless lungs, spewing some endless high speed diction as the crowd moves in one bass gorging mass. As we saw him occasionally pop up above the sea of hands, all we could think was “we’re going to need a bigger tent”.

At the main stage Young Fathers triumphantly return having won the Mercury Prize for their debut album Dead, selling a mere 3200 albums…true story. Back with renewed confidence they stand as silhouettes against a brilliant white stage lighting as they pound on their drums like some sort of post trip hop war march. Even after the previous act this was absolutely mind blowing to witness as the songs follow not by applause but a stunned silence of amazement from the crowd who are clearly elated and perhaps slightly terrified by the sheer magnitude of the sound. They relay the mic duties with successive tracks as we stand there thinking this is the kind of grand and irreplaceable experience that we come to festivals for.

Stayed tuned for our Saturday review of the festival.