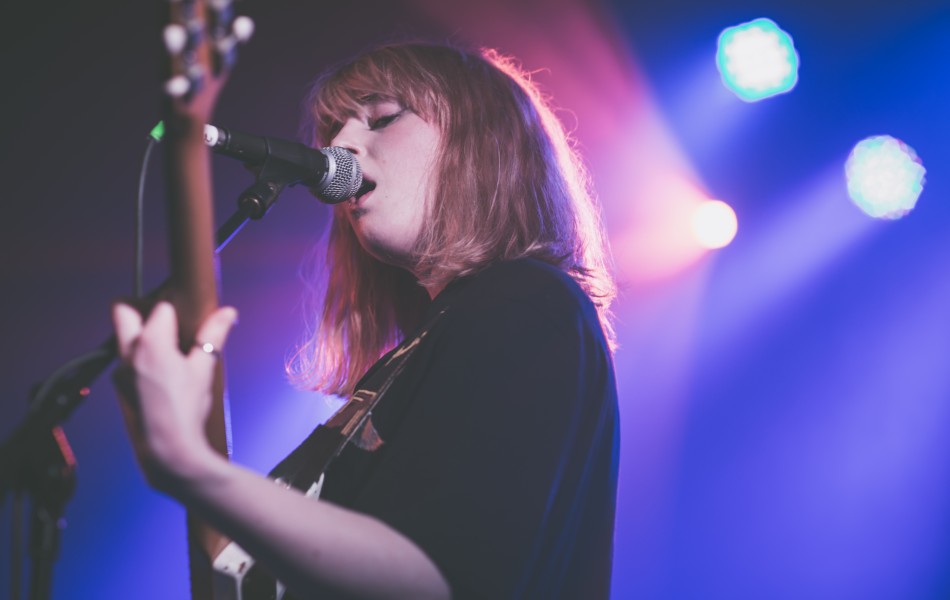 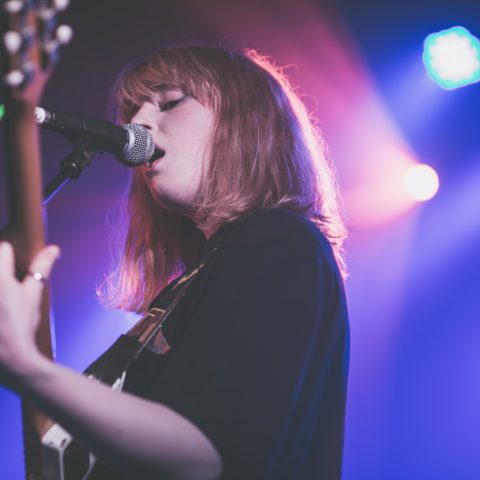 Fenne Lily has had a pretty busy and exciting year to say the least. From supporting Dodie on tour to releasing her debut album On Hold. She shows no signs of slowing down – no seriously, she’s currently touring Europe after a monumentally successful UK tour. Bristol’s very own graced the stage at Thekla and it was a barrel of laughs as well as some great tunes.

First support Radiators filled the room with a concoction of garage-psych rock; their gritty and often spacey sound was reminiscent of Syd Arthur mixed with the gutsy punk sound of L.A. Witch. Definitely check these guys out if you’re a fan of bulky garage beats and experimental sounds. Next came lovable duo Oliver Wilde and Nicholas Stevenson, also known as Oro Swimming Hour. Their lo-fi pop ballads and humorous performance had us stifling back laughter and questioning the bizarre circumstances behind some of their songs.

The tension was building, every time a shadow crept from backstage a roar came from the audience. It was Joe Sherrin from SLONK was on bass for the night, he began setting up on stage with the audience shouting ‘SLONK’ jokingly to which we all laughed. The mood was lighthearted and jovial with a tinge of excitement. Fenne Lily plus Joe and drummer Dan Lowe of Goan Dogs all filed on stage without saying a word, the only noise was the raucous audience cheering. Opening with the raspy folk number ‘What’s Good’, a melancholic and illusory tune which had us all moved from the first chord.

Tonight was her homecoming and the final date of her UK tour, with Fenne saying “I’ve been waiting for this bit of the tour since before the tour”. Second tune ‘Car Park’ had an illustrious dream-like riff, with Fenne’s observational and often relatable lyrics truly shining through in lines such as ‘but I’ve done a lot/to prove to those I love that they are good enough’. Fenne said that the inspiration behind the song came from “a boy I met who took me on holiday to a car park”. Her quick wit and charm had us all in stitches, with some audience members even heckling humorous responses. Some gigs can often feel intimidating and static, Fenne, however, has the ability to woo the entire room and break this barrier with her lighthearted and down to earth mannerisms making everyone feel welcome.

‘The Hand You Deal’ was stunningly smooth, beginning with just Fenne and then the band kicking things up a notch for the chorus. The delicate lyrics and dainty chord progressions are a stark contrast to the supposed inspiration behind the song. She explained “I wrote it when I was mainly using spreadable food with my hand. I use a knife now”. Fenne had us all in the palm of her hand, chuckling at every sentence. This was much more than your average gig experience, it was also an open mic at a comedy club.

Then came the joyous Carole King-esque tune ‘Bud’, a tender ode to her brother to which Fenne confesses that “I wrote it when I was so drunk I don’t remember writing it”. ‘More Than You Know’ then came, a folksy upbeat tune with catchy lyrics, akin to a Simon and Garfunkel number. Her infectious, girl next door attitude was warming and Fenne had us all lingering on every anecdote she tells. The bellowing and atmospheric ‘For A While’ was her so-called last tune, Fenne jokingly said “I think I’m a big deal so I plan an encore”. The second half of the tune is much more moody with the tempo gradually picking up as to with Fenne’s deeply emotional lyrics. There was a roar from the crowd as the band left the stage, with just Fenne coming back on a mere few seconds after with an expression of planned shock at the thought of an encore.

‘Top To Toe’ is arguably her most well known song and it’s always a delight to hear a stripped back version performed live. She is then joined again by Dan and Joe who come back on stage eating bananas, this is seriously something out of a comedy sketch. A cover of Angel Olsen’s ‘Unfucktheworld’ then came which was enchanting.

Ending the night on a teaser of new material ‘Like That Man’ had a creeping bassline, her lyrics totally tantalising and having us all enraptured, the end was admittedly “kinda shaky because we change it every date of the tour”. Fenne retells a story of when she played Thekla as a support act for another band when she was 17, saying “I can now die happy how that I’ve headlined, only I don’t wanna die”.

It’s the last date of her UK tour and it’s been an overwhelming success, Fenne is evidently proud to say that Bristol is her stomping ground.