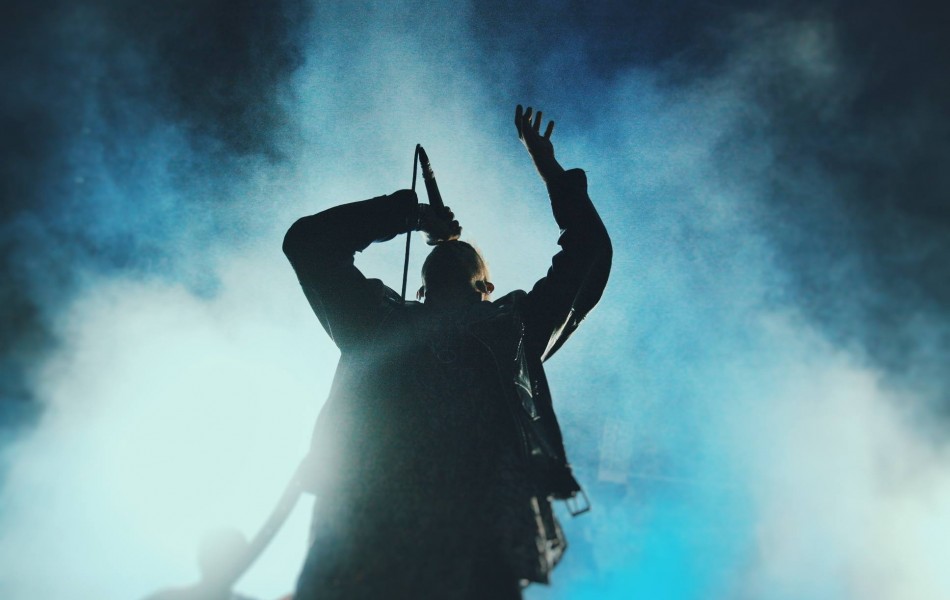 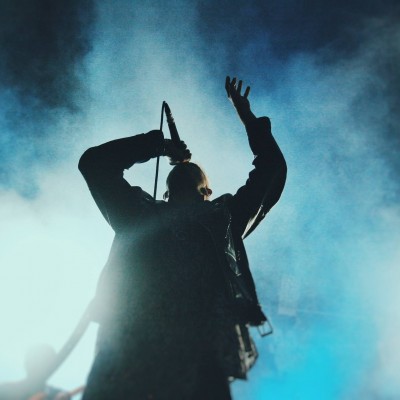 If you had to describe ArcTanGent in three words, it could only be: cold, drizzly, and intense.
Math rock fans found themselves in good company, with an array of incredibly complex and technical music on the bill. Codices, despite being relative newbies having only formed in March 2017, delivered sweeping peaks and troughs, with a unique blend of classic math tropes, fuzzy riffs and more atmospheric, experimental sections. ArcTanGent old hands Poly-Math returned for their fourth appearance at the festival – this time with added organ – and utterly lived up to their name, showing us exactly how math rock should be done. Meanwhile, my surprise find of the weekend was Tokyo exports Mouse on the Keys, who nailed their first ever ArcTanGent appearance with an unparalleled concoction of math, jazz and post rock – and probably the only saxophonist of the festival.

With so much instrumental music, it almost started to sound strange when you did hear vocals. Thursday headliners And So I Watch You From Afar gave a typically high-octane show, with guitarist Rory humbly commenting on their decision to perform their most recent album The Endless Shimmering in full as being a very nerve wracking thing to do in front of an audience whose opinion really mattered to you. Hailing from “the people’s republic of Liverpool”, prog/math rockers Alpha Male Tea Party returned for their fourth ArcTanGent set to an audience that clearly holds them in high esteem. Meanwhile, Australian musical genius Plini provided some of the most stunning technical talent of the weekend, backed up by intricate bass riffs and polyrhythmic drums.

Having said that vocals started to sound strange, if it was vocals you were looking for, you’d have found plenty to satisfy your cravings. With some of the only women we saw on stage all weekend (I don’t want to labour the point, but really – it’s 2018 guys), grunge rock trio Sœur were not only riffy as hell, but absolutely cutted through you with raw vocals and stonking tunes – ‘Left Living’ and their forthcoming single ‘Fight’ stood out as earworms that have stayed with me ever since. Zeal and Ardour brought some of the most compelling vocal harmonies of the weekend to a set in which blues and soul met deliciously scuzzy avant-garde metal. And progressive sludge unit OHHMS shifted effortlessly between guttural and soulful, almost evangelical vocals, declaring 20 minutes into their set “that was our first song” in a nod to the overall vibe of this festival.

Black metal fans had plenty to choose from between Alcest and Leprous, while Myrkur exhibited the operatic/orchestral side of the genre complete with all the trimmings – double kicks, spikey guitars, black hoods, and actual foliage on stage. By this time on the Saturday night 4/4 had definitely started to sound jarringly straight, but this classically-trained Danish composer genuinely has the voice of an angel – until it descends into banshee-like screams and huge dirty chugs that is.

A final shout out to definitely the weirdest thing we saw all weekend: Mr Marcaille, a scruffy middle-aged man in nothing but his boxers playing just a heavily overdriven cello and a pair of kick drums with his feet, and belting out song after incomprehensible song, stopping only to remind us again that it was “beer time”.

78 bands, and we managed to catch a full 50 of them – it was a lot of running back and forth between stages but it was worth it for how many amazing discoveries the weekend had to offer. ArcTanGent promised to be a festival for music connoisseurs, and it truly delivered.