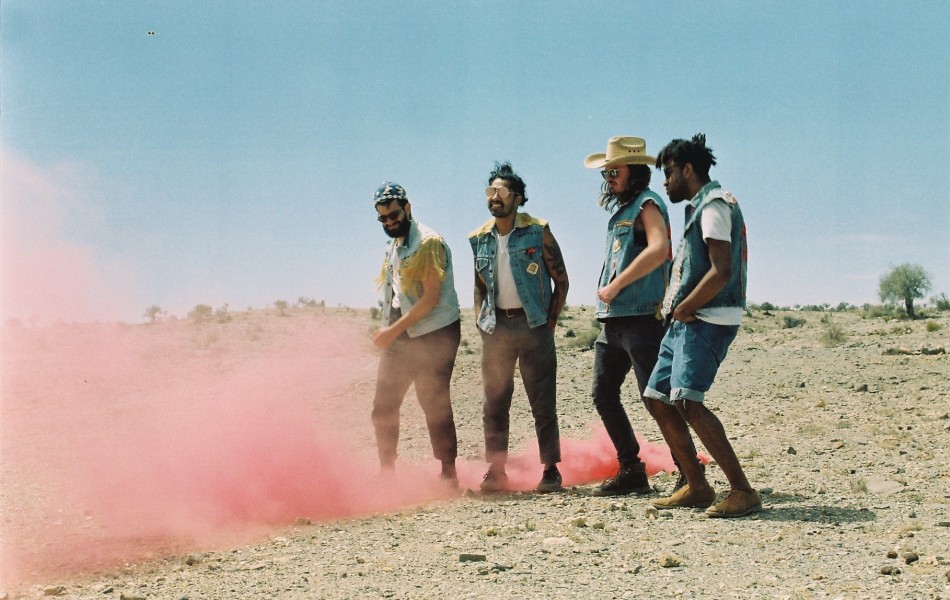 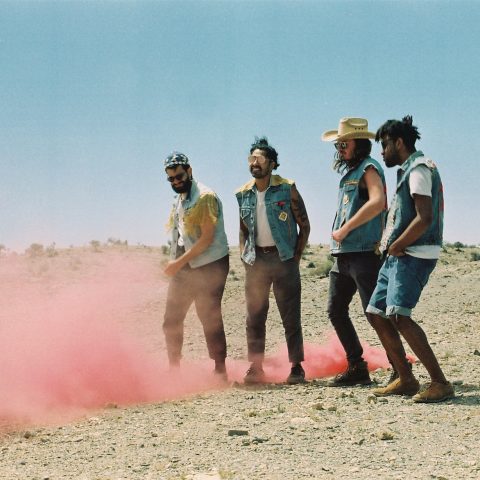 Touring in the wake of their recent release Levitation on Moshi Moshi Records, energetic four piece Flamingods had since become a five piece band. With support in the form of a DJ set by Dar Disku Records, the evening at the Exchange was a celebration of Bahrani-inspired music and culture through and through.

Even as you entered the room, you were greeted by a technicolour welcome as the band’s psychedelic merchandise and releases were displayed. These all feature artwork by the amazing Ardneks Paraiso Grafica design outlet. Taking to the stage in a golden glow from the lights, the band were clad in their trademark custom-made denim waistcoats (where can I get one?!) and soon twanged into action. A wonderful cacophony of middle-eastern psychedelic sounds rattled out and it wasn’t long before everyone in the room was bopping along.

Frontman Kamal Rasool stood behind a table crammed with magic pedals and instruments, tweaking them like an alchemist whilst also managing to play a selection of exotic stringed instruments and performing lead vocals. The rest of the band took multi-instrumentalist to a new level, with each member switching after every song. It was hard to keep track, but aside from Rasool, every person played every instrument, and played them really rather well.

On occasion, we lost some of the vocals amidst the colourful chaos. It would have been good to echo the varied instruments and melodies in the vocals, and this was something I took from listening to the new album as well. They played through a selection of tracks from the new record, including the eponymous ‘Levitation’, a truly trippy experience as well as some older ones from their LP Majesty such as the interlude track ‘Majestic Fruit’.

From being soaked by Bristol drizzle, to being washed in rays of Bahrani sunshine, Flamingods were a warming, lively and colourful Wednesday night treat.