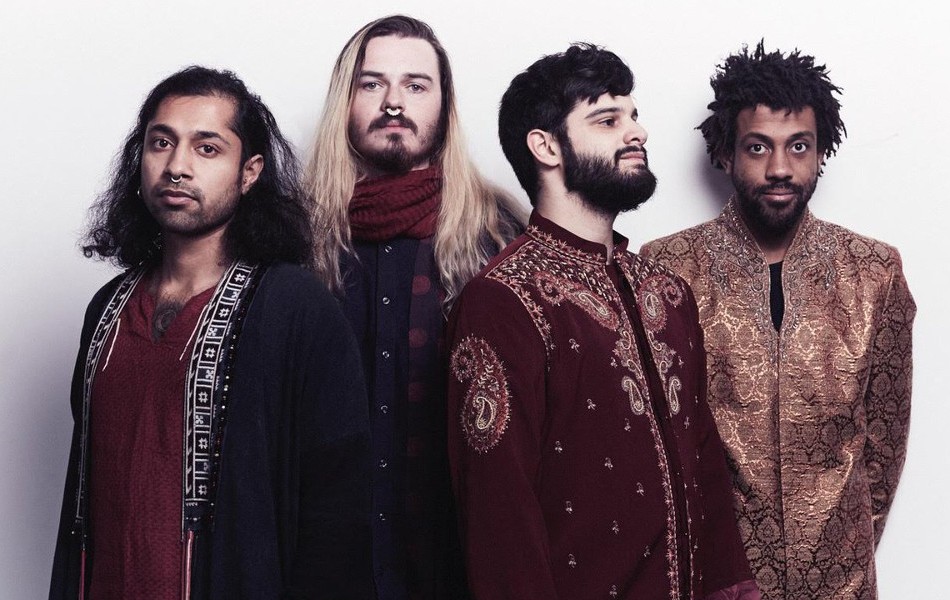 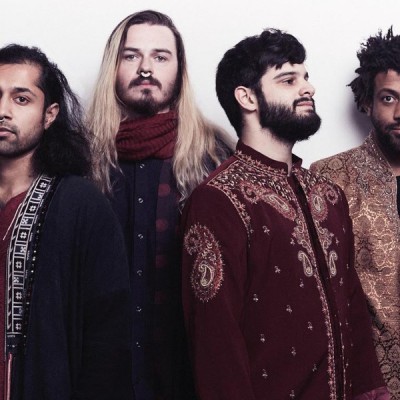 There are few small venues in Bristol with such an unbelievably high ceiling or English mansion-type vibe to the room. Passing through the main entrance, over the soft granite flooring and brushed chrome décor; your tickets are torn by some very well dressed beautiful people and you start to feel like you’re checking into a hotel. Entering The Lantern was a contrast with a cluster of bohemian infused individuals sporting their dreads, hedge-like beards, colourful clothing and welcoming manner.

Support act Yama Warashi fronted by the enigmatic Yoshino Shigihara were dazzlingly bizarre and full of character having an undisputed fascination with the moon. With four song titles containing the word moon, ‘Quagmire Moon’ being my favourite, the music was quintessentially psychedelic. Each track felt like a dream sequence as the crashes fluttered relentlessly alongside woodblocks and unusually contorted keyboard voices. Yoshimo herself was donned in a grand and elegant garment illuminated in orange light as she stood surrounded by her various instruments, the undisputed orchestrator of events.

The bass, guitar and saxophone players shuffled from side to side transfixed by the somewhat Doors-like 60’s rock grooves they were providing the top line to skate across, looking a little like a New York rock n’ roll busking band. Elements of more traditional Japanese folk sounding chord ascensions appeared across the set but I think the highlight was the song ‘No Face’. A track with the lyrics “no face…no eyeballs…no hair” is always going to attract your attention but it had such a mystifying mood to it which cracked open in the latter parts as the guitarist almost symbolically lost his hair tie as the significant mass came free on his head; he hammered out a sensational Hendrix-fashioned lead part which brought the song to a momentous crescendo.

Finally, Flamingods arrived. Contrary to the previous act, mystery was replaced with energy. The singer declared that they were ready to “share some Bahreinian sounds”. Opening song ‘Xipe Totec’ began with what felt like a chant as the crunchy bassline kicked in, the Tomms burst into a frenzy and the saxophone bellowed out in all its glory to reinforce the powerful melody they were spinning. It would appear Bahreinian sounds are fast, percussive and multi-layered. As always, the band cycled around swapping instruments repeatedly. Treating us to new song ‘Mixed Blessings’ they kept up the momentum with the occasional ‘House of the rising Sun’ organ wheeze decorating the track; as they began ‘Kewali’ they switched singers which gave it a real Massive Attack, Mezzanine-era vibe. One of their strengths is how well they combined their manic middle-eastern folk style with the more psychedelic slightly trip hop touches.

People were dancing or had their heads hanging downwards, eyes closed, bobbing them in delight and escapism. As the mini Korg emitted numerous electronic oddities which were joined by two drums kits, bongos and woodblocks as some tracks started to feel like a derailed jam with the band members taking indulgent excursions before being towed back into line by the pounding percussion and drums. The crowd was enraptured by the performance at an early stage and cerebral appreciation certainly took a back seat, not to dismiss the skill of the execution or songwriting.

The penultimate track ‘Mountain Man’ was well placed with it’s renouncing of xenophobia and its call for solidarity in the face of divisive global trends. As the evening came to a close, the music got all the more intensive as one of the band members leapt into the crowd, running through the centre and back, joining in the dance with the audience. I recalled, during the gig, listening to their album last year and although it was recorded well that it in no way prepared for the scale of sound you experience at their live events.

Flamingods have an indisputably contagious energy and highly infectious joy to their music; discovering Yama Warashi on the same evening was an unexpected bonus.