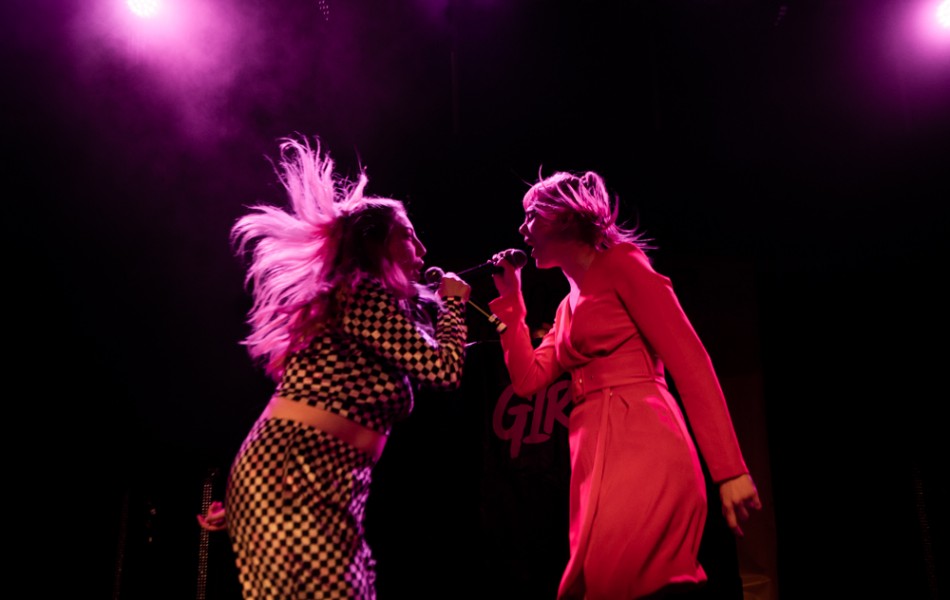 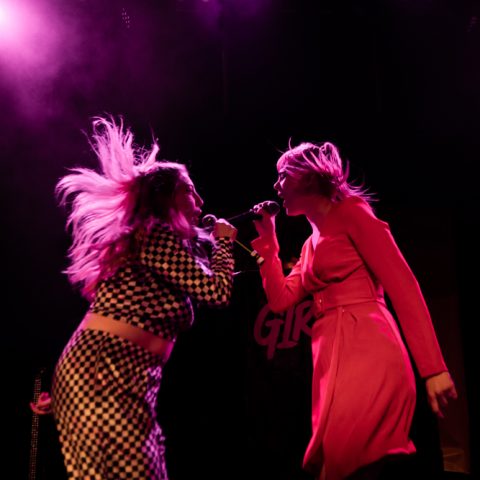 Last week, GIRLI released her debut album Odd One Out. It is a great mix of bubblegum pop meets edgy punk, which can also be used to describe the style of her very colourful audience at O2 Academy Islington on Monday (8th April). Following a string of singles such as ‘So You Think You Can Fuck With Me Do Ya’ and ‘Girl I Met On The Internet’, as well as EP Hot Mess over the past three years, it is no surprise to see her have such a loyal fanbase at the start of her career.

Opening for GIRLI on tour is Ashnikko; petite but very feisty. Her blue hair fits in well with the entire aesthetic of the tour, and the looks of the majority of the audience. Ashniko doesn’t hold back, not while rapping nor while sharing personal stories that most artists would never think of telling, for example, revealing she had food poisoning the night before the show and was ‘trying really hard not to shit myself today’. It made for light hearted comedy and seemed to connect her more to the audience. Her set featured songs ‘Halloweenie’, ‘Nice `Girl’ and ‘No Brainer’, as well as a cover of Post Malone’s “Sunflower”, which seemed to go down well with the audience.

GIRLI opens her headline set with ‘Play It Cool’, before singing hits such as ‘Fuck off Back To LA’ and ‘Young’. She also shared some stories that inspired her to write these songs as she was greeted with knowing nods and loud applause. Several times throughout the night Girli took advantage of the fact that she had a younger fan base and talked about mental health, her struggles with it, and how to get help. She also highlighted the importance of consent, and urged her fans to know their rights and to dress however they want and be whoever they want. She shared personal stories relating to this before singing ‘ Not That Girl’, proving that music and and influential position can help shape a generation.

This is not to say this was the best part of her concert, GIRLI is an incredible performer. Full of energy and great audience interaction, she even changed outfits on stage to switch the vibe of the second half of her set. The night ended with a great stage dive and many happy fans still buzzing from what they were just a part of.