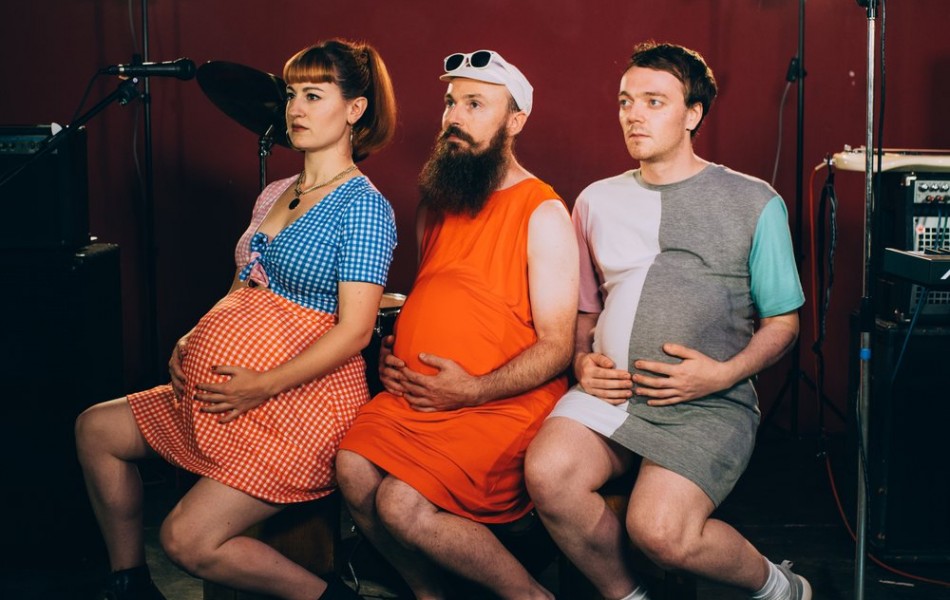 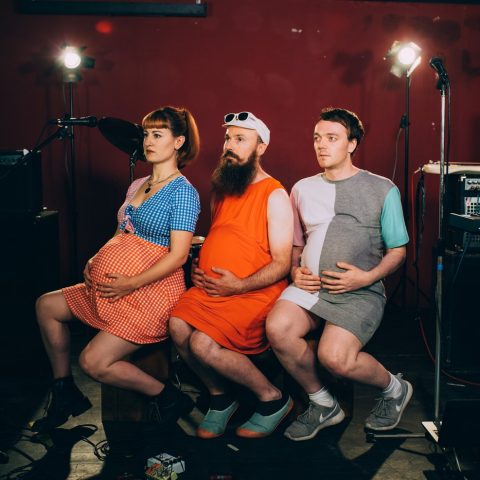 It’s no surprise by now that I’m an absolute sucker for a gig, especially a free one. Hy Brasil have always got a great selection of gigs and they’re usually free; tonight’s pick was a synth pop delight filled with glittering riffs and illustrious sounds from three incredible bands.

First band up were Smudges, performing a selection of tunes that were embedded in lush psych pop with hints of Jefferson Airplane, throw in some playful lyricism and you’ve got a mean concoction of charming pop. Infectious and fun loving, watch out for these guys. Next up on the bill was Robert Sotelo, a DIY set up with Robert controlling the backing track and performing songs enriched with Beatles-esque vocal runs and swirling pop. A simplistic spin on the genre which was nonetheless refreshing.

Nothing can describe the feeling of seeing one of your favourite bands, especially if it’s been a long wait. I last saw HMS Morris four years ago at a small festival in Wales, their sound was infectious and I longed to see them perform again, overdue for sure but definitely worth the wait. Performing tunes drenched in melodic –  and sometimes dirty – synths and embellished with hefty bass lines and off beat time signatures, HMS Morris were eccentric and electric.

An elaborate and insane keys intro kicked up, this was the intro to ‘Inspirational Talks’ which also happened to be the name of their second album which is due to be released this month. With airs of Japanese Breakfast and some sick shredding this number was a synth odyssey with rock undertones. A great teaser of what was to come from the upcoming album. Frontwoman Heledd was wearing a Stevie Nicks vibe shimmering gold gown and announced to the crowd “I think I’m slightly overdressed for a Sunday”.

The glistening ‘Phenomenal Impossible’ then followed, ethereal vocals and a spacey synth solo combined with hectic drum patterns made for a gigantic sound which was on another planet. “Who’s ready for a six and a half minute emotional rollercoaster on a Sunday night” Heledd asked, to which we all laughed. ‘Illuminate Me’ was a carousel of mania, a grandiose tune which could be rivaled with The Beatles’ epic ‘A Day In The Life’. A mighty song which certainly left its mark.

Calypso surf pop number ‘Cyrff’ (‘bodies’ in Welsh) was a song about a green bikini packed with doo-wop vocals and buoyant riffs. Impossible not to groove along to, ‘Cyrff’ was a fun and playful ditty with sickly percussion which encapsulated being at the beach which could rival the Beach Boys. Their latest single ‘Mother’ began with a shanky guitar riff; a much more rockier tune with intricate time signatures and Heledd’s silvery voice reaching an almighty scream towards the end a la Kate Bush.

Ending then night with an especially loud rendition of ‘Morbid Mind’, Rhodri from Smudges entered the stage to do a spot of poetry reading. ‘Morbid Mind’ broke every rule when it comes to a song structure, it was punchy and dynamic. If I was sat down I would’ve been on the edge of my seat, in this case I was standing so I was on the edge of my toes you could say.

HMS Morris’ sound is transcendental and often sublime, pop tinged riffs and tangled synths are a staple to their craft. HMS Morris totally killed it and I predict that they’re gonna blow up big time.