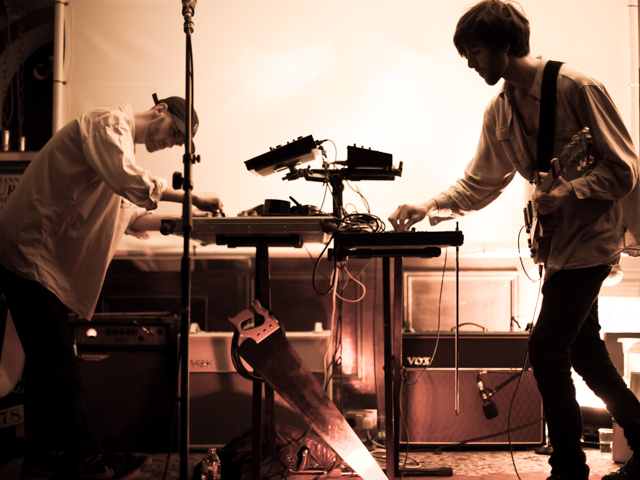 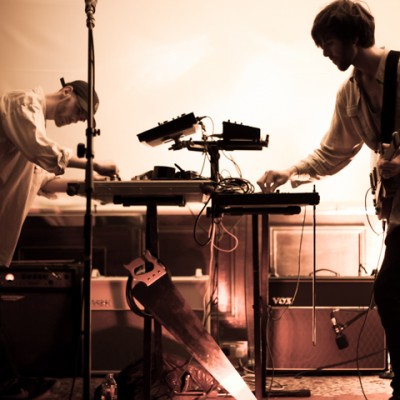 A sense of nostalgia tonight at the Louisiana as music label Chiverin bring Independent Venue Week to a close with a special showcase celebrating the Bristol venue’s work, history and support for the local scene. However, the line-up on display really brings us back. To be precise, to when Chiverin hosted their second live show with Bristol dance-pop trio Elder Island headlining. This was monumental for both parties; Chiverin making a solid statement of their work and Elder Island peaked for success with their smooth experimental pop sounds. Fast forward to 2017, and déja vu strikes with the show having sold-out and Elder Island returning to headline once more. It was all set for a great evening.

The main room swamped in seconds as the Bristol trio take to the stage, ready to perform their new EP Seeds in Sand. There’s a real spark to the band having progressed from their acclaimed self-titled debut. The group produce the kind of sound that’ll have you dancing the night away, with slick combinations of jiving beats and r&b instrumental rhythms that are very much their own.

Opening with ‘Key One’ the band lock everyone under their spell as textured rhythms gradually take course. The sublime ‘Bamboo’ soon comes with warm praise as frontwoman Katy David’s melodic vocals provide tranquility among such intensity. Then the seamless transition from new to old with ‘The Big Unknown’ – the stand out song from Elder Island’s debut EP. The audience erupting in excitement as everyone sings every word, instantly reminding us of their triumphant moment back in 2015. So much energy and confidence from the group, this performance was no doubt one worth treasuring.

This event however was not only about Elder Island, but also showcasing the ever-growing musical talent we have in Bristol. The line-up suited this entirely with an eclectic group of musicians who have either made or are making a mark in the scene. Tamu Massif, who’s no stranger to the live stage produced a display of equal measure with lucid rhythms and engaging stories that felt right at home. Over in the cellar, singer-songwriter Rhain, bubbly and stylish as ever (rocking a her new blonde hairstyle) serenades the audience with her towering melodies. Jamie Cruickshank with his solo set provided charm and wit with his Americana acoustic influences, whilst the brooding dynamics of singer-songwriter Nugget was thoroughly engaging, often shape-shifting in sound as gripping vocals and layered instrumentals take full command. Lastly, the upbeat production and visuals from Bristol duo Body Clocks turned many heads, combining double bass strings and pulsating electronics to produce a defining set of art and colour.

Although Independent Venue Week has ended, it is important to remind ourselves of the hard work music venues put into supporting their local scenes and providing a solid platform for artists to start their careers. The Louisiana is a great example, as well as many other venues across the country continuing to keep independent music and the scene alive.