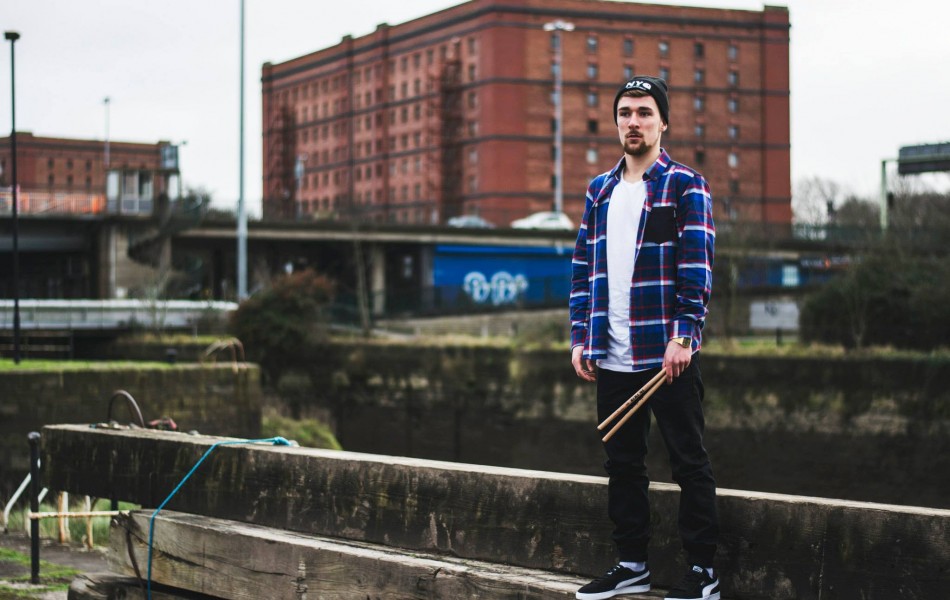 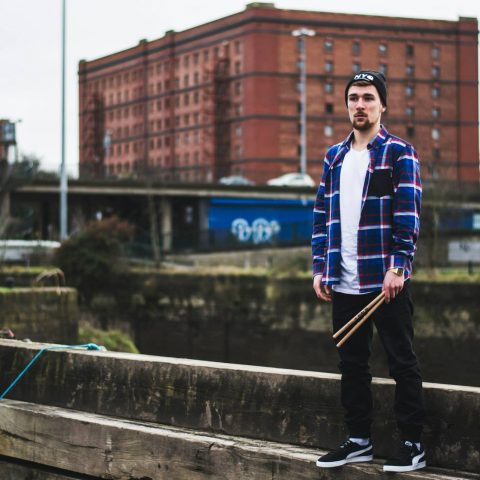 Walking into The Gallimaufry, I was greeted with an extensive drum kit that could rival John Bonham’s equipment. I knew I was in for a good night for James Paton’s 1st Impressions EP launch show.

The support laying the vibes for the evening was a duo that have passionate followers, but i’d never personally seen before live; a bit like Bristol’s own version of Bigfoot. Consisting of Juliet Temko and David Nepomuceno, Nepo x Temko perform chilled soulful tunes that will soothe your soul. The pair stood intimately close to one another, Juliet’s tender voice fusing with David’s guitar playing, impressively playing solos, while also providing his own backbeat.

The crowd warmed to the pair, jovially wolf-whistling and whooping to Juliet’s question “Are there any couples in the house?”. ‘Craving’ was a slow-moving dreamy song with glimpses of passionate longing. ‘People Get Ready’ was an infectious number with repeating chorus which Juliet had adapted one line to “people get ready for James Paton/he’s gonna be really great”. A easy-listening tune with catchy lyrics which inevitably got stuck in my head.

For the final few songs, Nepo x Temko were joined on backing vocals by Holly Wellington, of the magnificent Feelgood Experiment, and Lucie Bowles, of China Bowls fame. Each voice flowing harmoniously with one another, think Destiny’s Child meets Haim. Songs such as ‘August’ and ‘Disconnect’ were strikingly good, the addition of Holly and Lucie on vocals was a beautiful surprise.

Then came James Paton and his unit of musical marines, filling the stage. On guitar was LBJB’s guitarist Charlie Allen (LeftBank royalty), Dorian Childs-Prophet, of the group Antelope, on keys and Francesco Moreno, the incandescent Italian currently working on a project titled ‘Prudent Primate’ on bass. The skill of musicianship was through the roof and it was evident with their tight set and technical tunes.

Opening with a hefty riff from Charlie, ‘Azure’ was “a song about a girl with blue eyes”. With an off-beat drum tempo and heartwarming lyrics, this number was the pathway of what was to become a catchy set. Then came a cosmic synth and an aggressive riff, ‘Starry Eyes’ is an ode to a girl “[he] met at Ashton Court Festival”. Standing up for this number, giving us a more traditional dreamy frontman display, James spat some bars followed by an exquisite vocal performance, the influences of D’Angelo and Amy Winehouse were unmissable, creating a melting pot that can melt hearts. It’s no doubt that James’s songwriting is often also influenced by the people that he has met. I’m still waiting on him to write a song about me.

More astonishing songs ensued such as ‘Lady Make Me’, featuring an Entwistle-esque bass solo and vocal vibes similar to R.Kelly meeting Nelly. Perhaps R. Nelly? ‘Miracle Man’ followed suit with James rapping at his drumkit (I still don’t know how he does it) and a poppin organ solo from Dorian. Things only continued to become more exciting when James continued to do a solo set on keys accompanied by Charlie on guitar. An assortment of songs followed including a slow meaningful tune titled ‘Caught Up’ which had shimmers of Stevie Wonder’s influence. ‘Moody’s Mood For Love’ then came next, a tribute to aforementioned Amy Winehouse, with James adding his own flair to this jazz standard. James and Charlie had totally won the crowd over with their camaraderie and passionate playing. ‘Music Girl’ is a soothing, soulful ode “about a girl from Bristol that I fell in love with a bit”. The intimacy of the stripped back manner of only Charlie and James extended the sentimentality of this number.

From a touching piano and vocal set from James to the entire band joining for the gutsy ‘Devil Girl’, everything had been cranked up a notch leaving me in awe. Opening with a prog rock riff and a sensational organ lick, it was as if Genesis and Yes were performing in the same room, only this was better. Of course the song ended with James rapping some stylish bars, and of course, drumming flawlessly (I still don’t know how he does it). Finishing off the night with a Brand New Heavies/Jamiroquai funk was ‘Let You Go’ featuring a mad keys section from Dorian which I struggled to keep up with. The night wouldn’t be allowed to finish without James taking a massive drum solo, and luckily for everyone, he did just that, putting on a masterclass. The crowd were totally blown away by the immeasurable amount of talent which had just unfolded on stage, James touchingly proclaiming that “this is one of the best days of my life”.

There was no chance that this night would be left without having an encore. Without a beat, the band went straight into ‘Brown Sugar’ with following solos from each member along with intertwining various songs into the mix. The riff to ‘Let Me Blow Your Mind’ subtly playing in the background to the band then kicking it up to ‘Englishman in New York’ followed by ‘No Woman No Cry’. It felt like a natural jam with each member bouncing off one another, playing memorable tunes flowing together like a massive medley.

James Paton’s EP launch was an astonishing night of electrifying funk, synth and rap, and I can’t wait to have my second impression soon.