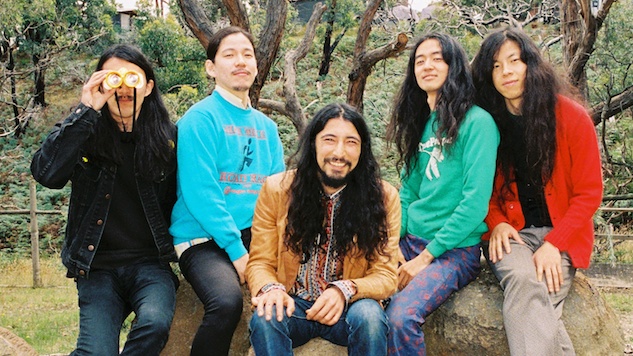 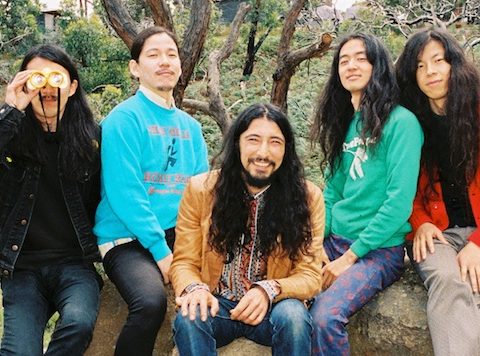 Embarking on a lengthy world tour that seems to have spanned the years between their last visit to Bristol (2017), Japan’s hottest psych-rock outfit Kikagaku Moyo shows no signs of slowing down. Currently in the midst of promoting their most recent album, 2018’s Masana Temples – released on their own label Guruguru Brain – the record sees the quintet explore variations of long-form psychedelia, funk and jazz.

Supported by Glasgow based quartet Nekkuro Hána, Bristol psych lovers were treated to a unique double dose of long-form, jazz-infused psychedelia at The Lanes last Monday evening. The group’s finesse in incorporating elements of prog, funk and post-punk was innovative and entracing, proving themselves to be the ideal sonic warm up to the night’s proceedings.

Adorned in 60s inspired garb and enough pedals and percussive accessories to fill a medium-sized music store, Kikagaku Moyo set the scene by way of an extended introductory jam. Improvised playing has always been at the epicentre of the group’s dynamic, which they appear to have mastered over their six years playing together. This established the precedent quickly that this would be no ordinary performance, as miscellaneous percussive tools, electrifying sitar work and beautifully motorik bass lines paved the way for what was to come.

Their most recent single, ‘Dripping Sun’, followed, enveloping audience members in a cosmic display of psych-infused jazz-funk, complemented with softly spoken lyrics and hard-hitting riffs. The group’s ability to return to a song’s verse after extended instrumental interludes is something truly special to behold. It not only reveals their sonic fluency as players; it allows a narrative to develop that audience members can become invested in.

Performing a small handful of songs from their back catalogue, which all extended to over 10 minutes per track, Kikagaku Moyo appears to have gone from strength to strength in delivering the perfectly curated cosmic journey. The lines blur between which songs succeeded the next, which is most probably the group’s intention. From ‘Cardigan Song’ and ‘Smoke & Mirrors’, to ‘Green Sugar’ and ‘Streets of Calcutta’, their approach to fusing this unique blend of 60s inspired psychedelia with global funk/jazz is what makes them such a captivating live band. In the midst of another UK/Europe tour, with festival appearances booked for the summer, Kikagaku Moyo are a band to celebrate in this modern climate of endless genre-defying music.