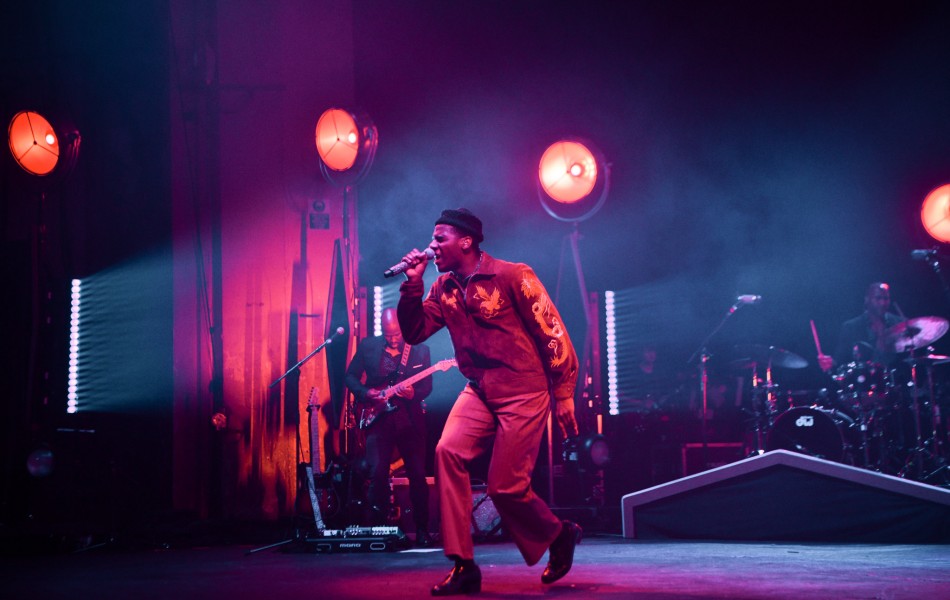 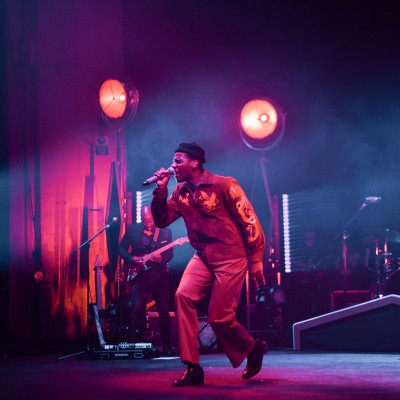 Though fairly new to the music world, Leon Bridges already has some massive achievements under his belt. In the years since releasing his debut album Coming Home (2015), Bridges has been nominated for a Grammy, nabbed a role in Damien Chazelle’s First Man, and has even performed to former President Obama at the White House. Recently, he opened for Harry Styles on the Mexico and South America leg of his tour. As his popularity and fanbase continues to grow, so do the sizes of the (sold out) venues he performs in. Bridges continues to remain humble, and effortlessly captivates his audiences, of all ages and backgrounds, with soul on his Good Thing Tour.

In London on Saturday (17 November), the O2 Academy in Brixton was fast turned into a warm, buzzing venue filled with eager fans waiting to sing and groove along with Leon Bridges. Opening the show was the incredible Amber Mark. Warming up the room with her infectious energy and insanely good songs, the crowd danced in unison to ‘Love Me Right’, ‘Put You On’ and ‘Way Back’. I am certain she left the stage with a venue full of new fans awaiting her own headline tour.

Next, the incredibly dressed Leon Bridges stepped on stage. Greeted with an enormous applause and loud cheers, the night began with ‘If It Feels Good (Then It Must Be)’. Being one of his more up tempo songs, it certainly was the perfect choice to open a show, even those less familiar with his music were able to sing along to the chorus. Next was one of Bridges’ more iconic tunes ‘Bad Bad News’. Accompanied by some great dance moves surrounded by a simple production, Bridges proved he knows how to own a stage with nothing more than an incredible voice, great songs and powerful stage presence.

More songs from his latest album, Good Thing (which the tour was promoting), were sung word to word by the audience. Beautifully composed songs such as ‘Forgive You’, ‘Shy’ and ‘Lions’ were further elevated by the lighting in the beautiful venue in which they were sung. It was no secret that Bridges is a great songwriter; every song was beautifully composed and sung with such passion and soul. Good Thing was possibly one of the best albums to have been released this year, and hearing it live made me fall in love with it all over again.

Along with more recent songs, fans showed particular love to those off of his debut album Coming Home. Songs such as ‘Smooth Sailin’’, ‘Brown Skin Girl’ and ‘Coming Home’ were fan favourites. Ending the night on ‘Mississippi Kisses’, a love song reminiscing on a girl who stole his heart in New Orleans, it was evident that Leon Bridges had stolen the hearts of every single member of the audience.