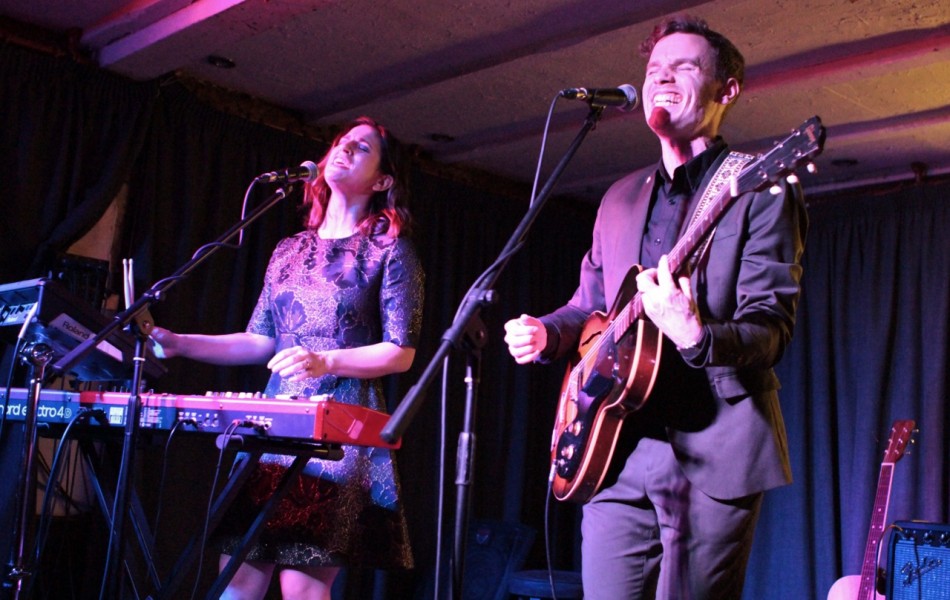 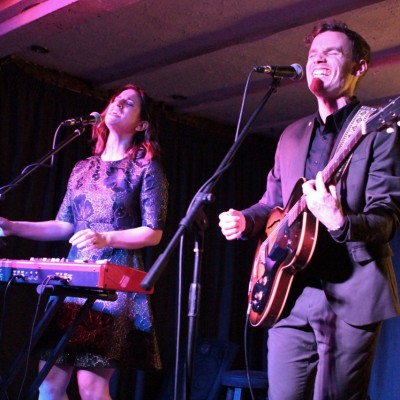 Lewis & Leigh are on something of a roll at the moment. Their stunning debut album Ghost has just won Best Album at the Americana Music Association UK awards and the track, ‘The 4.19’ won Best Song on the same night. Not surprising then that The Golden Lion is packed for this one, even on a Sunday night.

The seats are in tonight, which is a shame because the intimacy of what we’re about to witness demands close proximity to the artists. In the end though, the performances more than bridge the physical gap.

Me For Queen, alias Mary Erskine (or should that be the other way round?) is first up and delivers a solo performance of beauty and power. Shorn of her usual band, her exceptional piano skills take over and with the clarity of her voice, produce some breathtaking moments. The performance is based around her latest EP Who I Am & What I’m For, at times a very personal collection of songs. Final track, ‘Five Year Plan’ with which she also concludes the set, is arguably the sonic highlight of the whole evening, with a psych-tinged keyboard workout, both cacophonous and exhilarating, bringing the song to its end. Outstanding.

There’s actually a point in Lewis & Leigh’s astonishingly accomplished set when I thought to myself – “How much better is this going to get?”

It was that type of performance, effortlessly moving from one high point to the next, no longueurs, no fillers, the between song anecdotes amusing and unforced, all enhanced by a truly excellent sound system and technician.

They play what they call “Celticana” – smooth Americana with a distinct Celtic tinge. Alva Leigh is from Mississippi and Al Lewis is from Wales, apparently a world apart but the communality between the two areas, their rural and industrial aspects intertwined, is particularly evident in the twin themed songs ‘There Is A Light’ and ‘Rubble’, which are run together to great effect.

There is much beauty in the slower numbers, ‘Heartbeat’ and ‘Losing Time’ in particular and some killer hooks in the more upbeat offerings, ‘Heart Don’t Want’, especially.

The finale is spectacular. Amid much amusement, they arrange an encore in advance – the stage having no exit to make a re-entry from – they walk into the audience and deliver an unplugged version of ‘The 4.19’, the duo gently rotating independently so the whole audience receives the song. It is exquisite and deeply moving.

I walk out at the end with a very similar feeling of satisfaction to that when I see my favourite Americana outfit, The Black Feathers – yes, Lewis & Leigh are really that good.