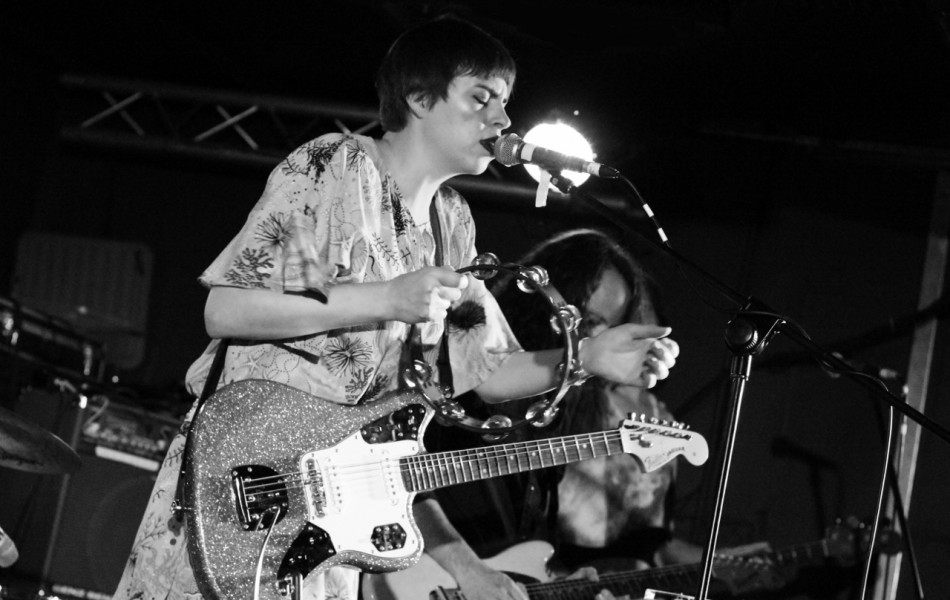 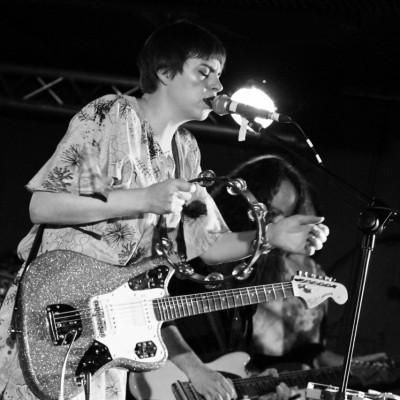 If I could choose only one word to describe this wonderful performance by Lola Colt, that word would be “pulsating”.

There’s 6 members in this band, so you’d expect the sound to be full but when the opener ‘Gold’ from their extremely well received new album Twist Through The Fire hurtles offstage, you’re simply left reeling.

The whole set is a sustained and brilliant sonic assault – as well as the very high standard of musicianship, they hit things, they shake things, they rattle things – your ears are constantly occupied. At one point drummer Martin Scott is even hitting a cymbal with a maraca!

The rhythms are often complex. Latin, African (especially in Moksha Medicine) and Asian beats collide head-on with psych rock and distinct retro elements to create a dark, solid but ever shifting wall of sound, over which singer Gun Overbye’s extraordinary voice rumbles and growls like rolling thunder. She is a commanding and animated frontwoman with a voice of richness, power and range and with one of the most disconcerting stares you’ve ever seen.

At many points, there are three guitars operating, with Matthew Loft and James Hurst sharing rhythm and lead duties. Goodness me, this band has guitars – so many that they have to be transported across the stage in something rather like a sedan chair – notably a beautiful 12-string Gretsch with a lovely tone and a fabulous golden creature, glittering like a disco ball on which, at crescendo points in several songs, Overbye saws like a demented lumberjack. The fourth guitar, the bass of Sinah Blohberger doesn’t get absorbed in the mix as you’d expect, instead it pops and fizzes in a way I’ve not heard for a while, crisp and distinct but still driving the beat hard.

The retro elements of the music are largely provided by the keyboards of Kitty Arabella Austen (also currently treading the boards with Saint Agnes) adding synths, organ passages and bizarrely in the electric-driven chaos around her, a hand-pumped harmonium, which assisted by ace sound tech Paul Joslyn who astoundingly cuts right through the mix.

Highlights? Oh, there are so many but the song ‘Moonlight Mixing’ is undoubtedly the most fascinating. The band goes into complete retro mode for this one, the bubblegum rhythm, bouncy, higher register vocal and the almost surf-like structure of the song are gloriously embellished by Austen’s keyboard sounds reminiscent of Brian Auger’s Trinity and the Spencer Davis Group. Youngsters, or anyone under about 40 actually, you’ll have to Google these…

Following the thunderous closers – the long title tracks from their two albums, Twist Through The Fire and Away From The Water, we hopefully shout for an encore, but it’s mostly in appreciation rather than expectation as they’ve already been playing flat out for well over an hour.

I spin the new album on the way home, and sit outside the house until it’s finished, unwilling to end what’s been a fantastic evening in the company of a very fine band indeed.