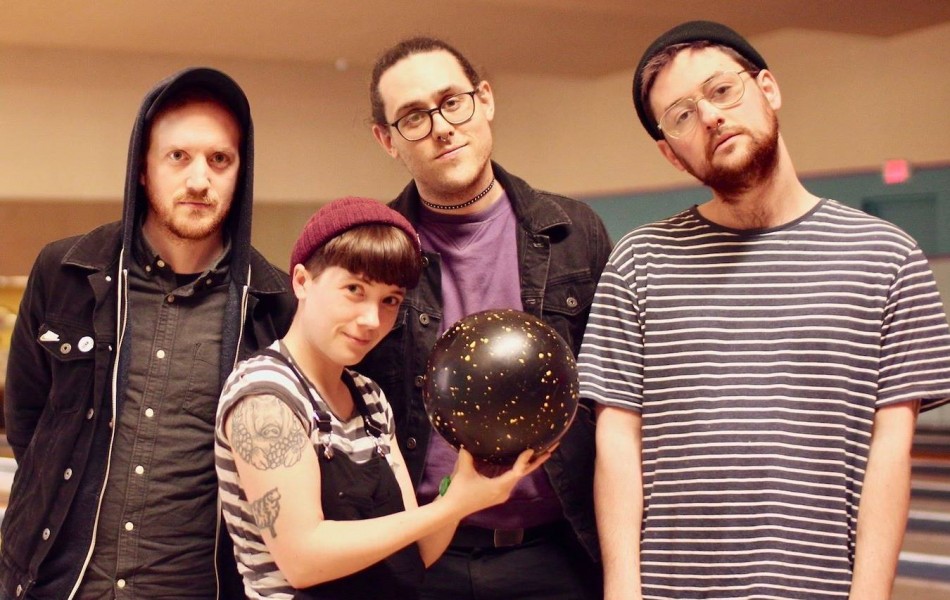 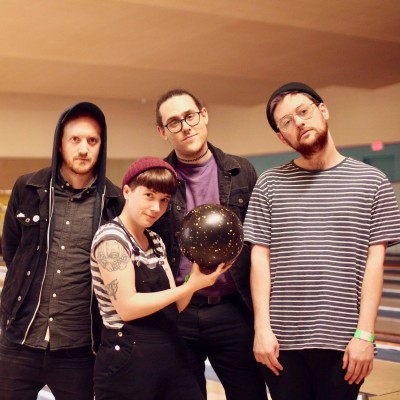 I had just finished cycling to Bath and back; this was then followed by a 20 minute power nap, five Welsh cakes and a quick pint at Wild Beer. The next thing you know, I was on my way to Martha’s sold out show at The Exchange. The newly refurbished Exchange was looking a little like a sauna, loads of wood hiding the sound booth which made me feel as though I was in a spa. A spa that strictly played indie punk. It’s niche but there’s definitely a gap in the market for it.

Nervous Rex describe themselves as ‘non binary, din punk band babes’, I walked in and that’s exactly what I was greeted with. Donned in dinosaur masks, Nervous Rex performed a lofi collection of tunes which were pretty comedic – “this song is about The Flintstones”. Think Hobby Club and Skating Polly forming a supergroup and then throw in some relatable millennial comedy for a satirical brew.

The hilarious and energetic WOAHNOWS were next on the bill. Having recently released their second full length LP they seamlessly powered through a majority of their newer material, rarely stopping for pauses. Fusing punk rock with elements of surf rock, WOAHNOWS created vast spaces within their songs; ‘Your Dreams’ in particular stood out to me. A charming set which was incredibly fun to watch.

Walking on stage with a massive roar from the crowd, Martha were seemingly unfazed by the packed-out venue. I could tell that there were loads of die-hard fans in the audience. Despite the fact I was pretty far back from the stage there were voices all around me chanting their lyrics. Having released their third album earlier this year, seemingly most of those in the crowd knew it inside out. They opened with ‘Chekhov’s Hangnail’, a quick tempoed headbanger with lyrics worthy of angsty teenager relatability. Daniel Ellis on vocals was gesticulating theatrically which added a sense of camaraderie to the performance.

“Is everybody cool? Is everybody comfortable?”. Their tunes definitely have a punk rock appeal, plenty of gut wrenching riffs which are then contrasted by the mousey vocals and three part harmonies; a delicate blend of a monstrous thunder. “This song is about yoghurt”, bassist Naomi Stephens-Griffin announced, performing ‘11:45, Legless in Brandon’ a textbook punk rock song which featured a guitar solo which teetered on the edge of prog. Their songs were inherently catchy with clustered guitar riffs, however their performance as a whole fell short to an extent. The crowd were totally living for it however there was very little playfulness which I so often associate the genre with.

Nonetheless, they delivered a great live performance and I was stunned at how great the vocals translated as a live set. Check out Martha’s latest album Love Keeps Kicking and the illustrious vocals for yourself.