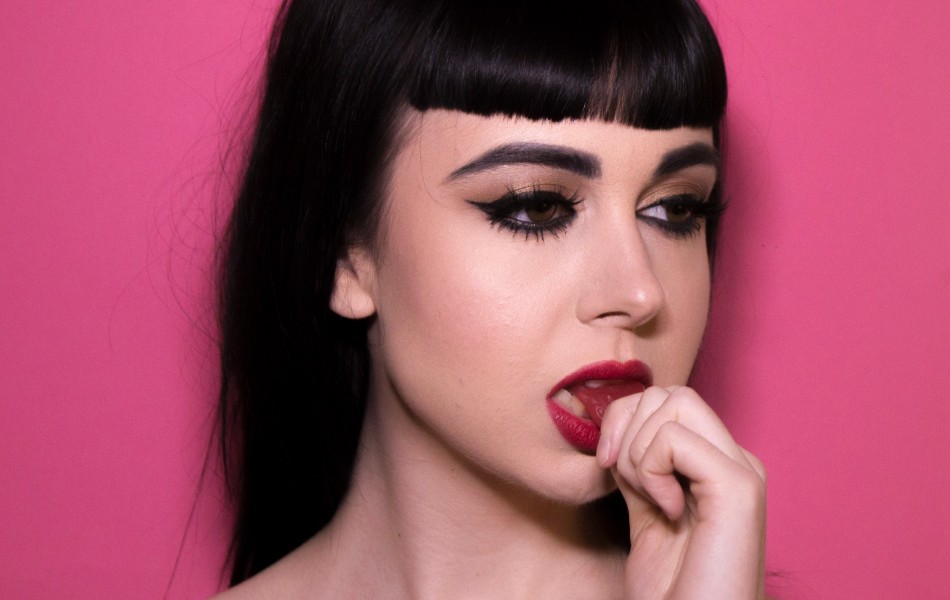 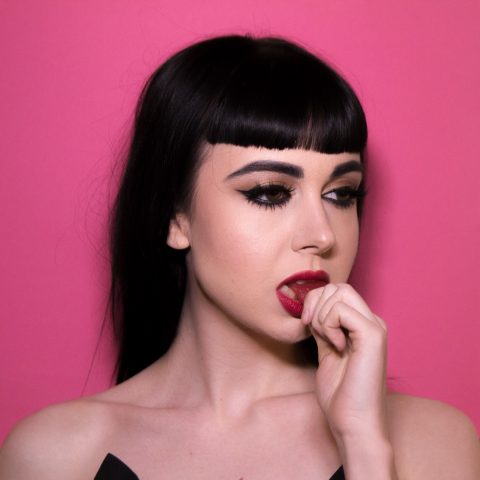 I had just finished a tough week of work, I ran home, got changed, wolfed down some leftover pasta bake (pasta bake is wholly essential to your diet if you’re a student) and ran back down the road to the Louisiana – all within 15 minutes! Quite impressive if you ask me, not as impressive as the events which were about to unfold this evening. With a stellar set of support acts along with a headline performance from Nugget, it was most definitely worth the chaotic ordeal to get there in time.

Having recently released EP 1,  the first act Dogeyed (aka Harriet Elder) is storming the Bristol music scene with her lo-fi tunes of dreamy punk. Her songs are echoed reverb heaven with hints of Kim Gordon and Joan Jett thrown into the mix. For fans of alternative punk mixed with some shoegaze, Dogeyed is one to watch.

Next was songstress and frontwoman for Springbreak, Kate Stapley. Playing an acoustic set of raw renditions of her own solo material along with some Springbreak classics, Kate has the magic to silence an entire crowd with her touching lyrics and dominant voice. Songs such as ‘Iceland’ and ‘Irises’ were particularly moving, the stripped back versions of Kate and her acoustic only made these songs much more tender. We were also teased with a new Springbreak song called ‘Turtles’ which “has been described as nu-metal. I don’t know how this will work on an acoustic” Kate laughs. It featured a White Stripes vibe riff and worked solidly as an acoustic number. There’s some serious potential for a Springbreak acoustic-folk-hurdy gurdy-album.

After an emotive performance from Kate, then came a rough and ready rock and roll filled set from George Glew. Having recently secured a residency at The Gallimaufry (starting October 10th!), George Glew is on his way to becoming a familiar face on the Bristol gig circuit. Songs such as ‘Me and My Brother’ and ‘If I Ever Had A Dream’ were filled with influences of folk, blues and soul along with his raspy voice akin to Kelly Jones of Stereophonics which made for the right dosage of jangly and fiery tunes.

Emily Isherwood, the leading lady behind the collective Nugget (they’ve not even been together a year yet and already released a banging EP!) entered stage with her band. The stage was decorated with a handmade bunting in varying pastel colours which said ‘Nugget’, it truly felt like a birthday party along with the free goody bags handed out at the end. Her stage presence was mysteriously dark, not a word was said from Emily until the fourth song in.

I was fortunate to listen to Nugget’s debut EP ‘Demos’ before it was released, all the songs were pure and stripped back so I was thoroughly excited to hear the songs being performed with a full band and some familiar backing singers. Consisting of Arran Brindley Rowell on drums, Body Clocks duo Jo Kaspar and Joe Craven on keys and double bass respectively along with Kate Stapley and Mouse on backing vocals. I was uncertain how this dynamic would work given all of the songs on the EP are strictly acoustic, I was in for a surprise.

Kicking off the night with a wispy Beach House feel and a pounding double bass riff along with ornate lyrics such as “she’s the kindest bruise I got from him”. Backing vocals from Kate and Mouse were hair raising, there were airs of Alvvays with both voices complementing one another along with Nugget’s hushed tone. ‘Arcade’ is the final track of her EP which features Mouse on backing vocals. It also featured a live rendition of Jo playing a carpenter’s saw with a violin bow. The quivering tone along with the synth worked a treat, think of it as a modern day Jimmy Page homage. It was totally sawsome.

‘Pastel Sweat Cindy’ then followed, another track which is on the EP. Initially starting off with an low drum and bass intro, every breath is heard from Nugget as she intimately sings in a hushed tone – at times almost whispering – into the mic. Her mystifying stage presence were an extension of her pure vocal ability. The most that was said to the audience was during the introduction of ‘Dormant’. Reciting a heartfelt story about how she was “diagnosed with something which will be with me forever”. Looking back at her old lyrics in light of this and making new discoveries. This live band rendition hinted of hard rock, nonetheless remaining the sombre undertones.

Finishing the night off was ‘When The Half Moon Strobes’. Another saw inspiring performance from Jo before retreating back to the double bass. The synth adding a taste of electronica along with Nugget’s poetic lyrics. All was still whilst the words “purest honeybee, lands on my corset” were melancholically sung followed with the entire band picking up in unison and climaxing at “don’t call the hospital, cause that’s just irrational” which was truly goosebump inducing. The audience were chanting for more, Nugget’s mysterious aura leaving everyone in awe. It’s far too cliche for me to say it was a rollercoaster of emotions so I’ll stick to saying that Nugget is great, please check her out.

You can check out the review of Nugget’s debut EP ‘Demos’ here.