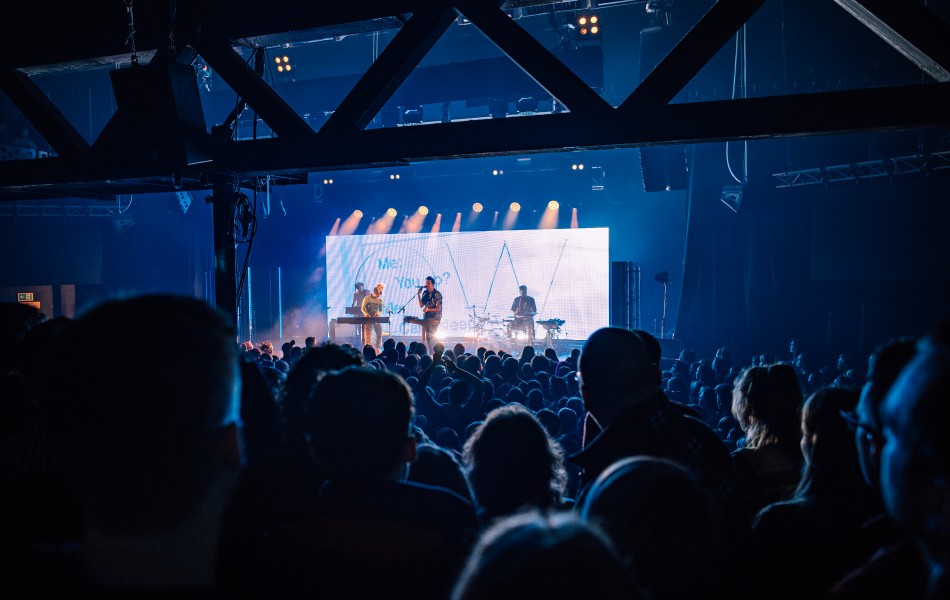 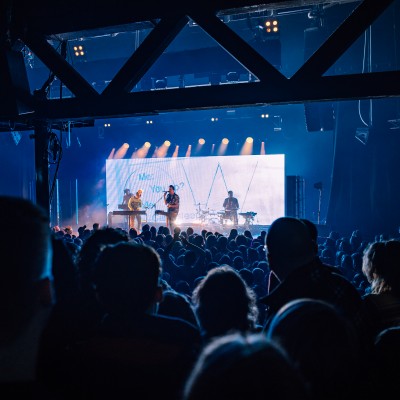 Following the release of their third album No One Else Can Wear Your Crown, London based duo Oh Wonder brought their tour to Bristol’s very own 02 Academy on Friday (6th March). The show dawned a real sense of intimacy as it holds special sentiment to Josephine Vander Gucht and Anthony West who first met here while Vander Gucht was a student at the University of Bristol. Heartbreak, inclusivity, self-love and the climate crisis was just a handful of the subject matters that was paired to uplifting electronic beats and stunning light display, making it a show that truly was unforgettable.

With a sold-out venue, it was down to Dizzy, a Canadian four-piece, to warm up the crowd. The mellow indie performance echoed the sounds of an indie movie soundtrack. The 30-minute set was enjoyable, and it was clear the band were incredibly grateful for the large audience admitting that they had played rough trade just a few weeks prior and failed to bring in a crowd.

As time was passing, you could feel the excitement build in the audience in anticipation for Oh Wonder to take to the stage. The stage was set and the two took their places behind the keyboards centre stage. The stage became lit with white spotlights and they began with a song from the new album ‘Better Now’. The real excitement came when the pair began their next song, ‘Drive’ an old favourite from their debut self-titled album. The classic signature OW backlit the performers in a warming magenta tone, you could see the audience members begin to loosen up and expressing their pent up adrenaline through dancing to the punchy violin beat that underlies the song.

Throughout the evening Oh Wonder used the lighting to their advantage. The back of the stage was fitted with a large screen which flashed images relating to the song to create a more visual performance. They also utilised this screen to show song lyrics during a number of songs such as ‘Happy’ which enabled the audience to become more involved.

As the show progressed, it became clear that the audience was made up of a long standing fan base with the older songs receiving the most applause and over hearing multiple members of the crowd refer to how their sound has developed through the years. Around mid way, the duo performed a mash up of a range of songs from the first album, ensuring no one missed out on their favourite bop.

Overall, the performance felt like it had a real sense of intimacy. Josephine Vander Gucht delivered an incredible performance interacting with everyone in the audience and consistently breaking up songs with small anecdotes of her time in Bristol. Antony West’s performance added a real sense of depth to many of the songs and the chemistry between the two was undeniable. When the artists are enjoying themselves on stage it truly does make for a more enjoyable evening.