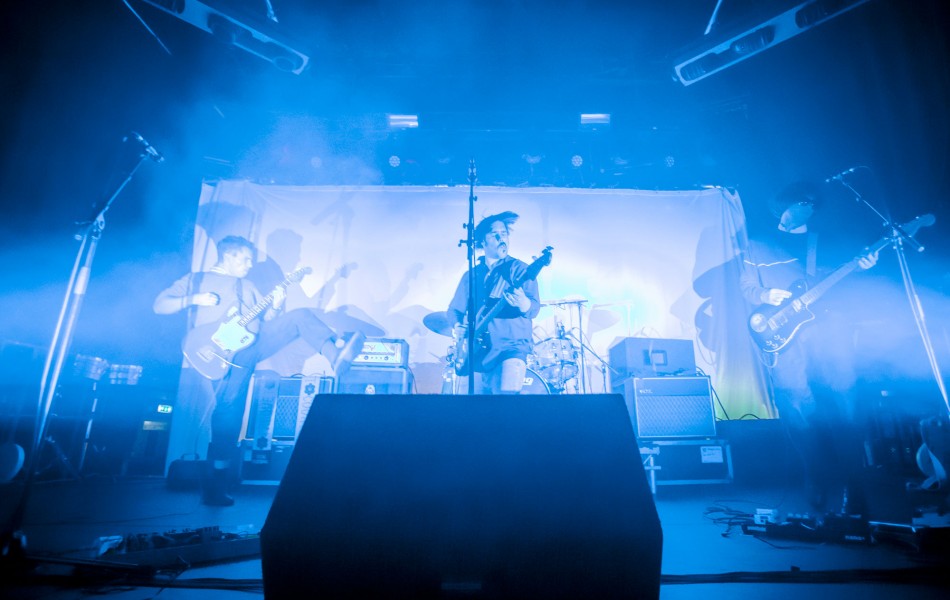 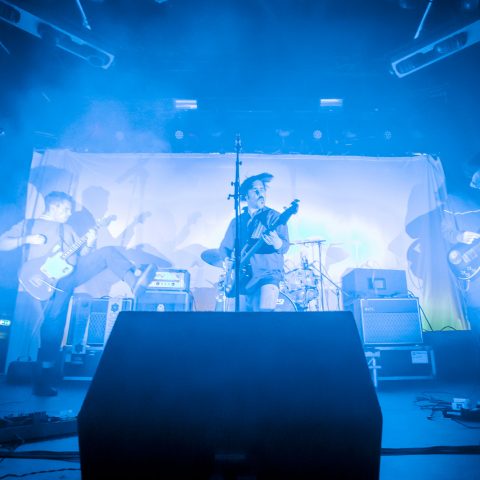 For the unacquainted, Parquet Courts are a four-piece New York band, originally hailing from Texas, who have been at the forefront of the slacker-rock, art-punk and post-punk revival of recent years.

Known for their prolific, sometimes impenetrable discography, at tonight’s sold out show at SWX, the group have come to resemble more the enthralling, crowd-pleasing live act fans have always wanted. Though singers Andrew Savage and Austin Brown don’t communicate with the crowd any more than they have to, the band roll out a crowd-pleasing set, looking comfortable and effortless in the spotlight throughout. Lit up by primary colours on a plain white background, the New York group recall the Velvet Underground’s nonchalant cool, with Brown opting for shades onstage.

Tonight’s set leans heavily from this year’s Danger Mouse-produced Wide Awake!, with nine songs that fit seamlessly into the group’s back catalogue, and are received as enthusiastically as the old favourites. Kicking off with the uptempo political punk of ‘Total Football’, the set is interspersed with choice cuts from the band’s previous records, with the triple-attack of Light Up Gold’s ‘Master of My Craft’, ‘Borrowed Time’ and ‘Donuts Only ‘receiving the biggest cheer from the crowd.

‘Almost Had to Start a Fight’, ‘Freebird II’, ‘Wide Awake’ and ‘Bodies Made Of’ all keep the audience engaged, but the set briefly stagnates during ‘Brown’s Dear Ramona’, which creates a sedated vibe that he pulls off more convincingly later on with ‘Mardi Gras Beads’. But despite Parquet Courts’ largely room-friendly setlist, things take a turn for the avant garde in penultimate cut ‘One Man No City’, in which the extremely-tight group indulge themselves in a largely tuneless, ten-minute jam, which isn’t quite as fun for the audience as it is for the band themselves.

The group recapture their audience’s intensity with a rapturous performance of ‘Light Up Gold II’, but with no encore, one must wonder if the time spent jamming could have been better used for a few more proper tunes (‘Instant Disassembly’, anyone?).

Minor missteps aside, tonight’s show sees Parquet Courts at their most self-assured, fun and inclusive. Wide Awake! seems to have reignited a creative passion in the band, and one can only hope this prolific group return to Bristol before too long.