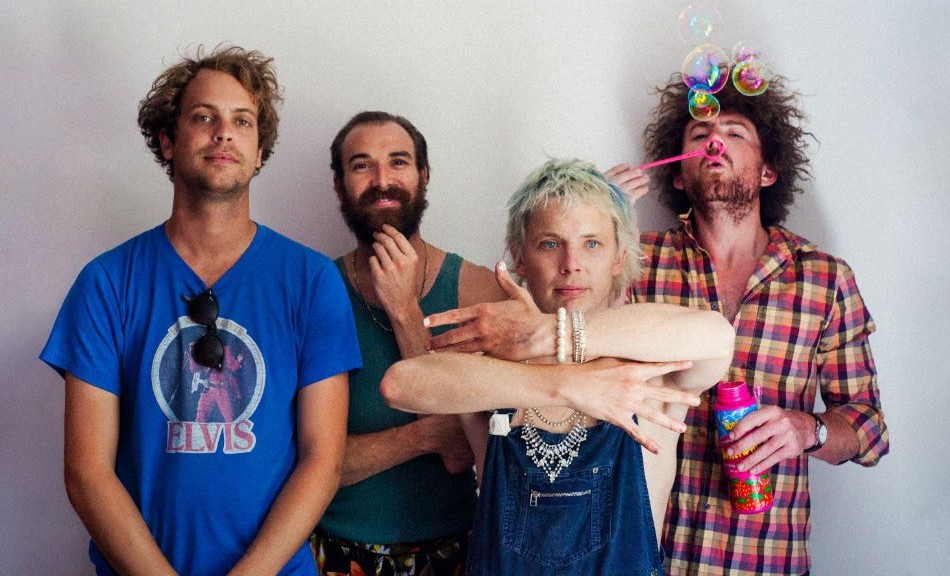 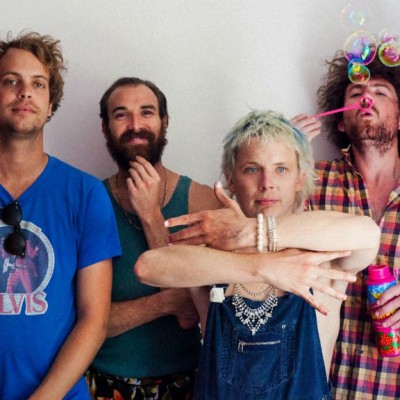 It seems that Australian psyche-rock 5-piece Pond have brought the weather with them to Thekla in more ways than one. Firstly, the famous boat’s hull must be about 50 degrees inside due to the pounding sun that has been laying waste to the city over the last week or so, and secondly because their newest LP is called The Weather (sorry).

The band’s seventh full length album saw them shift further from their energetic psyche-rock beginnings and more towards the sleek, shiny, expansive pop that litters the new record. Again though, I have to mention the heat. The venue is so hot and sweaty that I don’t want to touch any person or thing; the same cannot be said for the majority of the crowd. If there is some sort of award given out for ‘Most Dedication to Having Fun at a Gig in Extreme Circumstances’, then the energetic bodies that swirl around from the moment Pond take to the stage deserve it hands down. I manage to break into a sweat lifting a plastic cup to my mouth; the hereos in the pit spend the entire gig tirelessly creating a party atmosphere.

Pond themselves though, the cool Aussies that they are, don’t seem bothered by the heat, taking to the stage in jeans and launching straight into the pulsating ‘30000 Megatons’. The band’s abundance of synths and razor-sharp timing means that the newer material, including icey 80’s jam ‘Paint Me Silver’ and the best song of the summer so far ‘Sweep My Off My Feet’, sound as slick as they do on record. The synths cut through the crowd, and singer Nick Allbrook hits the same smooth tones as on record.

These newer cuts sit side-by-side with the manic, energetic psyche of their previous records, but the transition is seamlessly. ‘Don’t Look At The Sun Or You’ll Go Blind’ provides an injection of disco, whilst the heavy riffs of ‘Giant Tortoise’ cause the already sweaty crowd to writhe uncontrollably.

A double-punch of old favourite ‘You Broke My Cool’ and the last track on the latest LP ‘The Weather’ round up the set and make the pop-prowess of the album even more stark. Whilst some may have been disappointed that the band didn’t play ‘Moth Wings’ (especially those yelling for it from the audience), I think I’d have passed out due to the heat if they had.

All in all, an impressively slick performance from Pond.