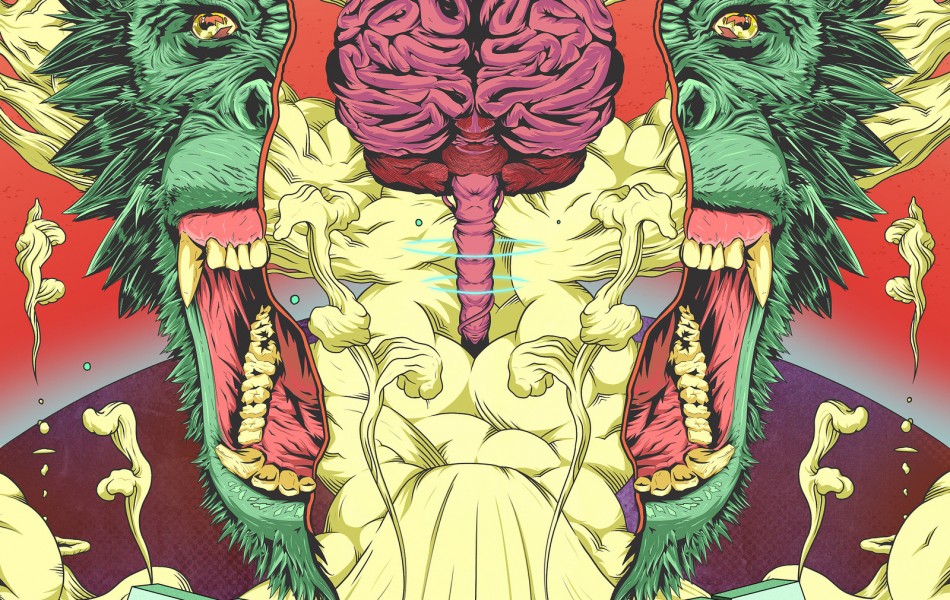 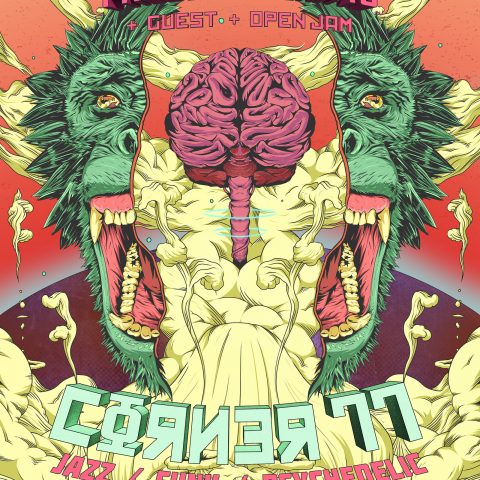 A newly revamped venue in Stokes Croft has been attracting locals and music lovers alike since its rebrand. The former MEATliquor opposite Hamilton House is now Corner 77 and hosts some of Bristol’s freshest talent, along with making some killer cocktails too. Prudent Primate are newcomers to the scene however their sound is mighty and packs a punch, it’s also landed them a monthly residency at Corner 77. Their event, Translations, sees them perform an electrifying set which is then followed by a special guest performance, the night then ends with a manic open jam which sees musicians flock to the area to participate. This month’s special guest was new kid on the block LYLE! Multi-instrumentalist Lyle Anderton performed a dazzling set filled with euphoric synths and intricate time signatures which left us all stunned.

Five-piece outfit Prudent Primate began with their set of prog/psych inspired jams which drew loads of punters in with their cosmic sounds and jazzy beats. After an intense set of massive drum breakdowns and frantic keys it was time for LYLE! to hit the stage with Prudent Primate as his backing band. Having caught last months’ special guest, saxophonist Sophie Stockham perform with the Primateers, I was excited for a new wave of genres to be explored and unearthed.

The stage was donned with fairy lights, the dim glow of Stokes Croft peering through the foreground, the mystic intro for ‘Mountains’ chimed up. Torsten Jensen provided glittering keys sections along with Sam Fox on bass who tore the house down with a throbbing bass line. LYLE!’s vocals were slick and soothing, reminiscent of Kevin Parker of Tame Impala. Packed with immeasurable chord changes and a pretty mean trumpet solo, ‘Mountains’ laid the foundations for what was to become an interstellar set of tunes. Dripping in synths and triple tracked vocals, ‘June’ then followed. A layered epic which touched upon vaporwave influences and gospel-like chord structures, a velvety tune with rich brass sections and a dosage of splashy distortion.

“This tune is for everybody who graduated from uni and has had to move back in with their parents”, this prompted a cheer from the crowd along with a few chuckles. ‘Homesick’ began with a filthy synth, a refreshing electro odyssey which was embellished with contemporary jazz and clusters of immense guitar riffs. It also saw LYLE! perform a reminiscent – and impressive – rap about hometowns. Packed with intricate time signatures, it was difficult to dance along to let alone keep up with, an immense heavyweight of a song.

Ending the night with ‘Burn’, an electronic paradise with sharp keys and sickly synth sections, Jake Herbert on sax echoing the lyrics ‘why don’t you burn’ with flourishes of smooth sax lines. LYLE! also delivered a jubilant trumpet solo which then amalgamated into a crashing big band finish. An immense debut for LYLE!’s solo career; watch this space as I’m sure more great gigs are to follow.