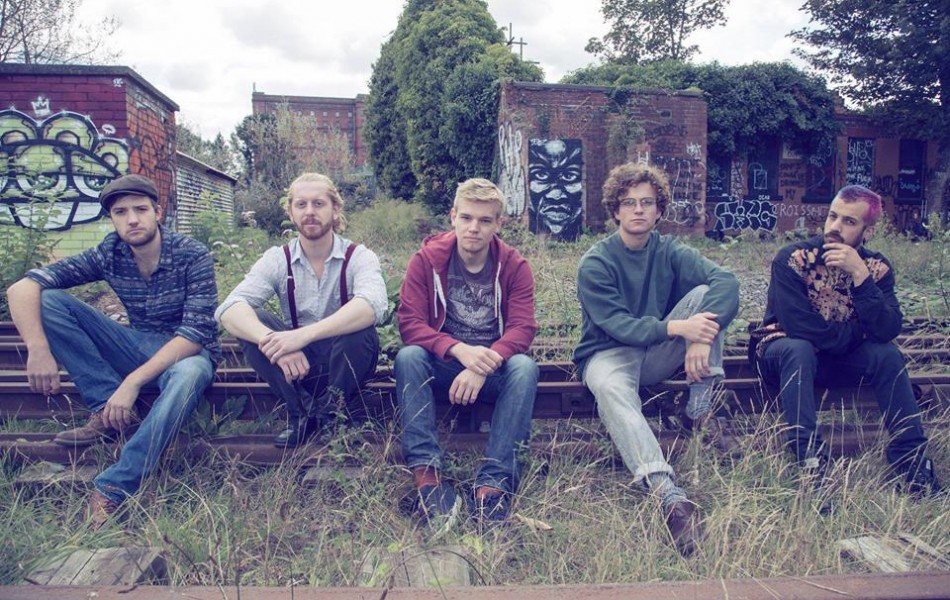 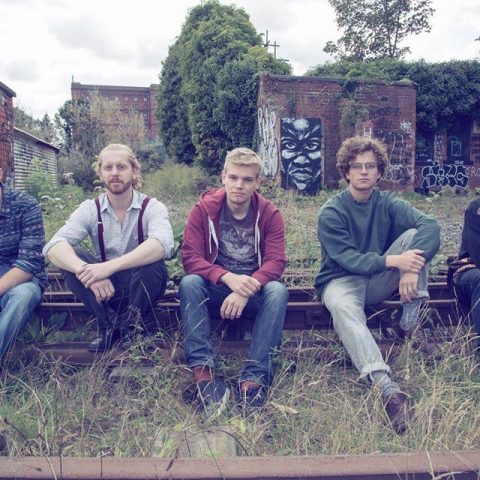 It was a dreary and wet evening, however, this didn’t seem to faze the crowd who had made the drizzly trek to The Crofter’s Rights with people bustling inside ready to be blown away with an evening of gutsy music and manic headbanging. A killer set of supports before Prudent Primate put out all the stops for their EP launch.

First support of the night were 5-piece psych-rockers Insomnichord who played a colourful set filled with 70’s inspired prog and raucous riffs; think King Crimson meets The Horrors and throw in some Talking Heads for good measure. If you’re a fan of anything of that ilk you’ll definitely love Insomnichord’s contemporary take on these influences.

Second act on the bill were the effervescent Snazzback, minus Hal Sutherland and China Bowls as they’re currently in Australia. Their dynamic sound bellowed throughout the venue, performing new material as well as some certified bangers from their debut album Hedge. Aggressive sax, afro-cuban beats and irregular time signatures make Snazzback one of the city’s finest jazz-world music influenced band. Ending their set with the manic ‘Sandal’s Disaster’ an epic odyssey with transfixing sax lines and layered percussion. Seriously check Snazzback out, they’re regularly at The Gallimaufry so there’s no excuses!

The stage was flooded with blue lights as Prudent Primate took their positions with each member wearing an outlandish patterned shirt. Beginning with subtle gospel-like chords, the atmosphere was tangible, the crowd were silent and marvelling at what Torsten Jensen was producing. A meltingly good sax riff embellished the track offering a grandiose soundscape that could rival that of GoGo Penguin. Francesco Moreno has dusted off his 6-string bass for tonight’s special occasion, thundering licks were produced along with Ben Docwra’s powerhouse performance on drums. Things then take a complete 180 twist, a stunningly loud funk-prog riff from Ollie Bassingthwaithe making the floor tremble beneath my feet. An epic start to the events which were about to unfold. If there’s one thing I learned from the opening track it was to throw away everything I knew previously about song structures. Prudent Primate have rewrote to rule book and are in a league of their own.

Then came the beastly ‘Sulflower’, seeped with elements of math and throbbing funk and filled with twists and turns. Francesco’s solid demeanour is unfazed by the technicality of the song whilst Ben’s arms were flailing like an octopus. A screeching sax outro came from Jake Herbert along with some gothic guitar licks, this produced a roaring applause from the packed room. “Have we got any Rick and Morty fans in the audience?” Ben asked, “this one’s for you” he announced before an epic keys intro. ‘Whirly Dirly’ was well over the 10-minute mark, a white knuckle ride of a tune which featured some tropical slide playing and a crazed sax part. Layered with gravelly riffs and jaunty time signatures, it fluctuated between poignant and straight up chaos; it was the audio representation of a car chase scene in a film, full of action and surprises.

Ending the night with ‘Spiked’ a technicolour tune with funky riffs and an intense bass line, filled with playful pockets of crawling guitar and interstellar synths. Sealing the show with a gnarly and jaggedy riff, laden with static prog it made for a glistening outro. Prudent Primate are forerunners for experimental jazz-funk and their EP launch was a dazzling affair.