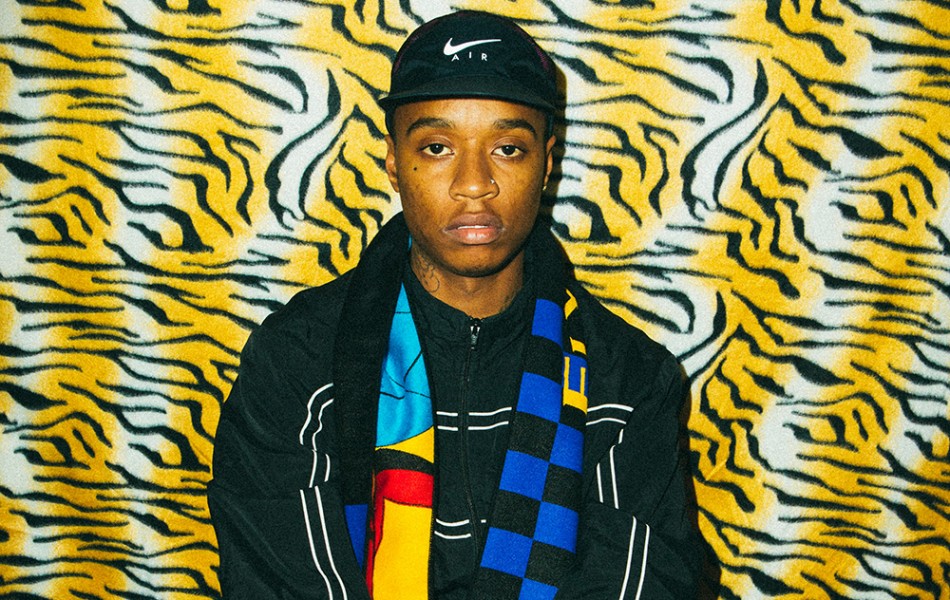 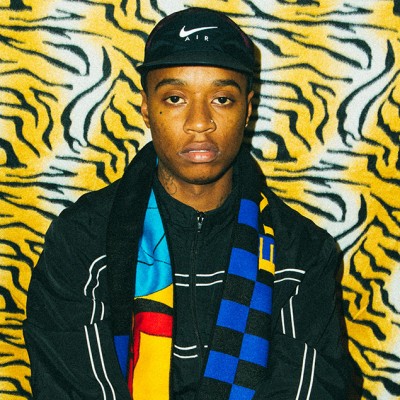 Rejjie Snow truly has the luck of the Irish; his debut album Dear Annie was released three weeks ago to phenomenal reviews and sales, and his tour has already sold out in his hometown of Dublin. I was excited and uncertain what the night might bring. Cycling over to one of Bristol’s most notorious venues, Motion, I could hear the loud thumping and heavy bass before I could even see the venue itself. I knew I was in for a good night.

Support came from Northampton based hip hop artist Slowthai, his energetic and infectious stage presence was electric. He was the ringleader in this operation, directing the audience to part in the centre in a Biblical manner before orchestrating a massive mosh pit. Topless and delivering cut-throat lyrics, Slowthai had the audience in the palm of his hand, even taking the opportunity to crowdsurf. It was the most mesmerising build up and support I’d witnessed for a long time. It was dynamic and punchy, just the right tempo to get the crowd going before Rejjie brought the house down (or in this case, warehouse).

Things started to get a bit more curious, there was a giant inflatable alien to the left hand side of the stage and then a DJ wearing a Virtual Insanity-style hat walked on stage eating a banana. This may be the most low-key entrance to a gig in history, I literally have no idea what to expect next. He then gets the crowd going with chants such as ‘30 seconds till Rejjie Snow’, then playing ‘Redbone’ by Childish Gambino before mixing into the title track from Rejjie’s album Dear Annie. The atmosphere was tense, with one more announcement of ‘Bristol are you ready for Rejjie Snow’ before Rejjie humbly walked on stage as if he was entering his own living room. He appeared totally relaxed and comfortable as if this was his own home, he even made wearing a backwards flat cap seem really cool. I was sold on this trend instantly.

Beginning with ‘Oh No!’, the delicate intro and poignant lyricism had everyone gripped, with Rejjie directing the crowd to bounce,. A sea of arms all swaying up and down in a fluid motion, following the beat of the backing track. ‘Room 27’ offered a more mellow beat which had everyone swaying in unison as well as chanting back the ‘ha ha ha ha’ phrase. Rejjie was walking around nonchalantly delivering each line with vigour and charm. His down to earth manner was admirable and unlike any other hip hop act I’ve seen.

Despite the fact his debut album was only released a mere three weeks ago, there were die-hard fans in the audience singing along to most songs word for word. ‘Egyptian Luvr’ was a certified sing along; its catchy danceable beat was contagious and another example of his softly-spoken deliverance and dynamism. ‘D.R.U.G.S’ then followed, a techno-electro tune which has vaporwave roots and is arguably Rejjie’s most well known song. It was phresh (definitely with a PH) and catchy hook made for a guaranteed banger.

‘LMFAO’ was most definitely a stand out track, it’s funky bass and deliverance akin to that of ‘It’s Tricky’ by Run DMC along with playful lyrics such as ‘I like eggs’ and ‘I say I like FIFA’ is a more comedic side to Rejjie’s observational style of writing. The crowd roared in cheering and applause as he announced that it was the first day of the Dear Annie tour, followed by a a ‘Go Rejjie’ football style chant. He appeared unfazed and confident before going straight into ‘Charlie Brown’, a cover of ‘The Steady Song’ by Republic of Loose. An electro-pop Eurythmics meets The Go! Team style tune, you know you’ve made it when everyone starts singing the riff.

We were teased four times that this was going to be his last song, firstly with ‘Rainbows’, followed by ‘Flexin’ for which rapper Ebenezer made a cameo appearance. Then came ‘All Around The World’ to which we were all certain was Rejjie’s last number, he thanked the crowd and then left the stage. The audience still wanted more, begging and shouting his name until he came back on stage and blew everyone away with a rendition of ‘1992’, a tune which originally features Loyle Carner. The atmosphere was electric and this ode which highlight Rejjie’s roots and interest in hip hop was a touching note to finish the night on.