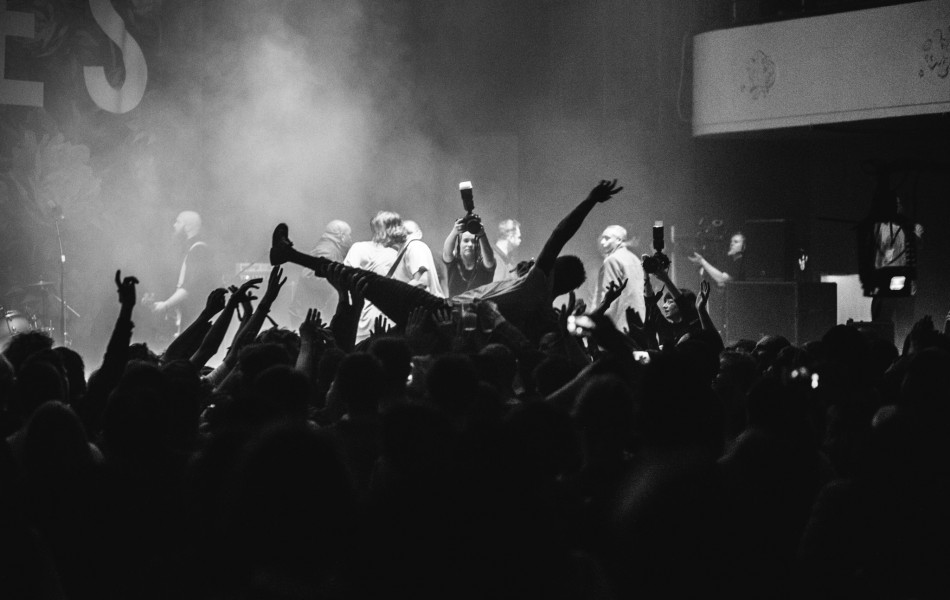 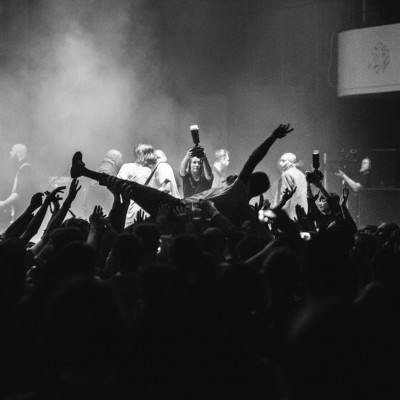 Simple Things Festival is a huge celebration of diverse music from the top venues in Bristol. My experience is ever so slightly Colston Hall heavy, due to my location being in the hall and the rain residing outside. Lucky for me, it had a full schedule of amazing artists, including Nadine Shah, Wild Beasts, Japanese Breakfast, Diet Cig and Idles. Plenty to keep any gig lover happy!

Nadine Shah’s voice captivates the audience from first beautiful drone. She is one with her band, grooving and gyrating as she releases an air of Jagger rock ‘n roll into the crowd. From unadulterated dirty funk, to gritty dark rock, this show was no introduction to Simple Things, more like a headliner in full swing. Fantastically outspoken, each song is an opportunity to say something important, from mental health, to the manipulation of the press, to Colston Hall’s name change, she is bringing meaning back into music. Her band comes together for one last climatic jam as she strides and thrashes into an animation of herself, an iconic silhouette before her loving crowd.

Boy King’s highlighted face looms in fluorescent pink and blue over the audience as a morphed electronic tone strains our anticipation. Wild Beasts, pleasantly humble, Kings of Slick. Leather jacketed and hair greased, they slump into the slow drum beat of ‘Big Cat’. Then, deep within the set, amid the smoke and impressively thick, electronic atmosphere, ‘Alpha Female’ is introduced as a mysterious creature of the jungle. This anthem is a frantic amalgamation of primal heartbeat, whiplash zebra braying, and kinetic drumming; funk stylised vocals simplistically delivering what all women have wanted ever. A sharp pierce marks the beginning of deep bassline synth before the song mounts into a whirring pulsation of primal energy, a manic whirlwind of electronic sound. Just so you know, I can totally handle this situation. I also don’t have any particular feelings towards their recent announcement of disbandment.

Now, we’re all excited cause Idles have just supported Foo Fighters (and are … kind of a big deal). Tonight they’re back in Bristol as heros, reason being they had something worth saying and they said it with so much ferocity, intelligence, sentiment, and sarcasm, that they dug out people’s apathy and replaced it with a certain sense of powerful, potent Fuck-it-ery. During ‘Mother’ I’m bashing into the bodies around me acting with only mindless destruction and survival, while on stage Idles just swiftly summed up an entire generation’s debate on sexual violence into four simple sentences. ‘Well Done’ is also sure to rile up a few people. To our incredible delight our grudge with Marie Antoinette is brought to the 21st Century with the assistance of Merry Berry (it’s all cake related), and we’re able to enjoy the catharsis of bellowing out our anguish as we push over our peers. The song is all urgent stops and starts, wrenching gear changes, and nursery rhyme mockery. Joe Talbot moves in violent jerks as lyrics are exorcised out of him, a handful of people now push themselves past security to ramble around on stage, and the band hurl themselves into a disgusting, sweaty and cheerful crowd. With this it occurs to me that beyond hollow hippy sentiment, or unrewarding escapism, our generation’s political rebellion finally has an honest musical outlet.

The night continues with 90’s electronic music group Leftfield’s surreal performance of Leftism, a singing siren dressed in red creating the mental loop of many dreams that night. The city pounds with DJs. Omar Souleyman, Kahn & Neek, and Shanti Celeste dominating the early morning, with Dre Skull & Jubilee an underrated surprise at Crown Court. But as sleep drifts in, I’m still feeling high from the live acts that day; Bristol, as ever, showing itself as a thriving organism of UK and international live music. With local rock acts Youth, Spectres, and one Coco and the Nutmilk coming up through the ranks, it’s an exciting scene to witness.