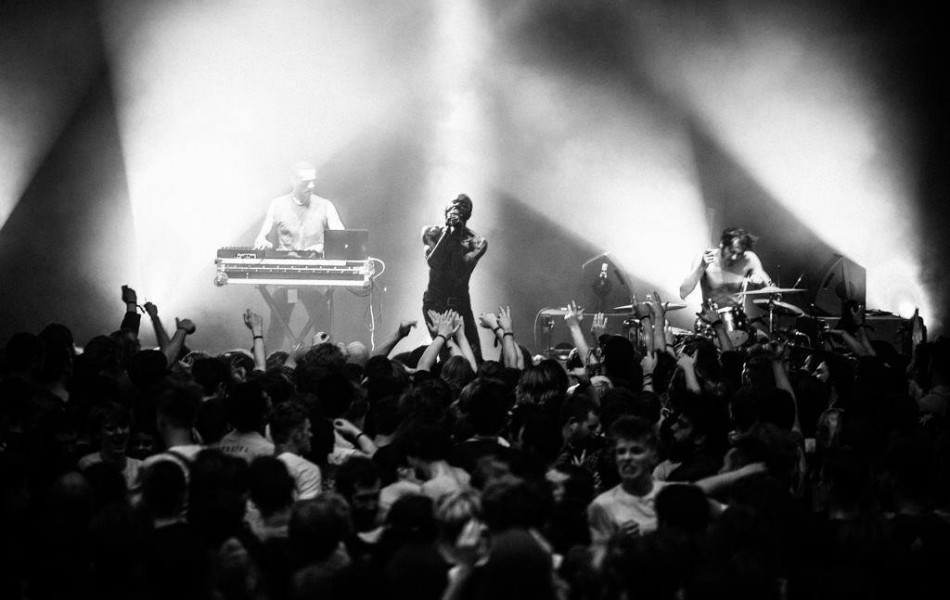 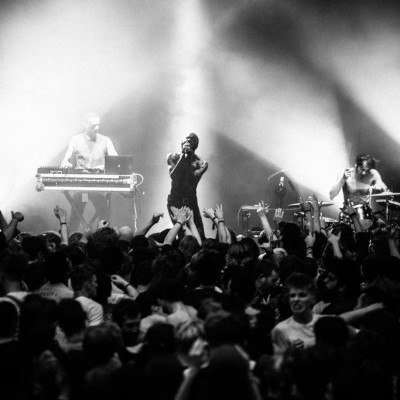 If we have to name one event every year that brings the whole of Bristol together in one particular moment, it would be Simple Things Festival. Now on its sixth year, the multi-genre festival boasts yet another eclectic line-up of musical talent, ready to descend upon the eagerly awaiting fans across the city.

Bristol’s iconic venue Colston Hall remains the heart of the festival action as queues quickly form in the early hours of the afternoon. We arrive at the Foyer to catch Bristol new group Cousin Kula – whose range of spilling instruments cover the tiny surface of the stage. Dazzling with colour and flare, their 3 part harmonies and psychedelic pop rhythms soon lift everyone in the building, delivering a performance of fine gratitude.

We run straight up the stairs to watch Stevie Parker who opens the main stage. Seeing the singer and her band on a stage of this size was a sight to behold. Stage lights shining down like the heavens as Parker’s calm and collective vocals serenade the audience. Performing tracks from her forthcoming debut EP including new songs ‘Blue’ and ‘Better Off’; the latter being slick in rhythm, motion and elegantly pop defiant. Mystifying and confident, Stevie Parker simply fits for this type of performance, and a testament to her well-acclaiming progress.

Sticking around the main stage some more, we catch grunge pop quartet The Big Moon who are having a tremendous year. The girls’ swirling riffs and boundless charms take over the hall as they reel through songs ‘Cupid’, ‘Sucker’ and new one ‘Bonfire’ to much delight. Waves continue as we head towards The Lantern where Kayla Painter is due to start her dual screen AV performance. Within seconds the room reaches max capacity as all eyes lock onto the futuristic 3D visuals, accompanied by Painter’s signature sonic sounds and glitches. There is a sense of refreshment and exposure coming from this set – and to an audience of hundreds only confirms to us that Kayla is certainly one to watch out for.

With numbers increasing by the minute, we decide to remain around St Michael’s Hill for the duration of the festival. Two venues, The Old England Pub (or The Sportman as most people would call it) and The Gryphon – both happily equated with their frenzy music choices. We head to the Old England first, but unfortunately missing out on South London’s Shame – who we heard put on an impressive performance. Not to worry as we squeeze into the packed venue in the nick of time for the one and only Idles.

The Bristol post punk rockers are finally getting the recognition they deserve, with their swirling tunes on constant rotation via 6 Music and Radio 1. To no surprise their set was eagerly anticipated as frontman Joe fires off to no delay. New single ‘Well Done’ is the pinnacle of the band’s acclaim, causing the floor to shake and everyone on it into an untameable celebration. Well done!

Across the road to The Gryphon and it’s just as rammed, to the point where you couldn’t go inside the room. We poke our heads into the heaving sweatbox inside where LICE’s punchy riffs and crazed outcries swallow everything whole, swaying around in a seamless chaotic whirlpool. Mosh pits, crowd-surfing, rock ‘n’ roll, you name it – all in one kickass package.

By a miracle we enter back into Colston Hall in time to catch Warpaint and Death Grips – but not before a quick chance to see Metronomy’s Joe Mount bringing his fruitful anthems from latest record Summer 08 to life in the Foyer. The main hall see’s Warpaint take the stage, the LA quartet not quite 100% as Jenny Lee has a migraine, but incredibly soldiers through as the group showcase their hypnotic dreamy tunes in respectable fashion.

However, we soon realise that the calmness of this set was going be marred by the shockwaves of Death Grips, as their roaring vocals and experimental thrashes within seconds causes an uncontrollable eruption – everyone and everything up in the air while being pounded and shredded from all sides. Not like anything we’ve witnessed before in Bristol, or anywhere else in fact. Death Grips are unrivalled and tonight’s display is a fine testimony to that.

Dazed, battered and bruised, we walk down the spiralling stairs of the venue and soon pulled in by the ropes of Charlotte Church’s Pop Dungeon. The most out there set to be billed for the festival quickly becomes the event’s grand highlight, as Church and her full live band launch into their delicious display of classic covers. From Nine Inch Nail’s ‘Closer’ and Destiny Child’s ‘Bootylicious’, to Rage Against The Machines’ ‘Killing In The Name Of’ and R Kelly’s ‘Ignition’ – it was all-out pop affair, playing all our guilty pleasures one song after the next.

A swarm of genres and all your favourite people in one place, Simply Things Festival yet again delivers the goods, easily taking the mantle as the festival of 2016.