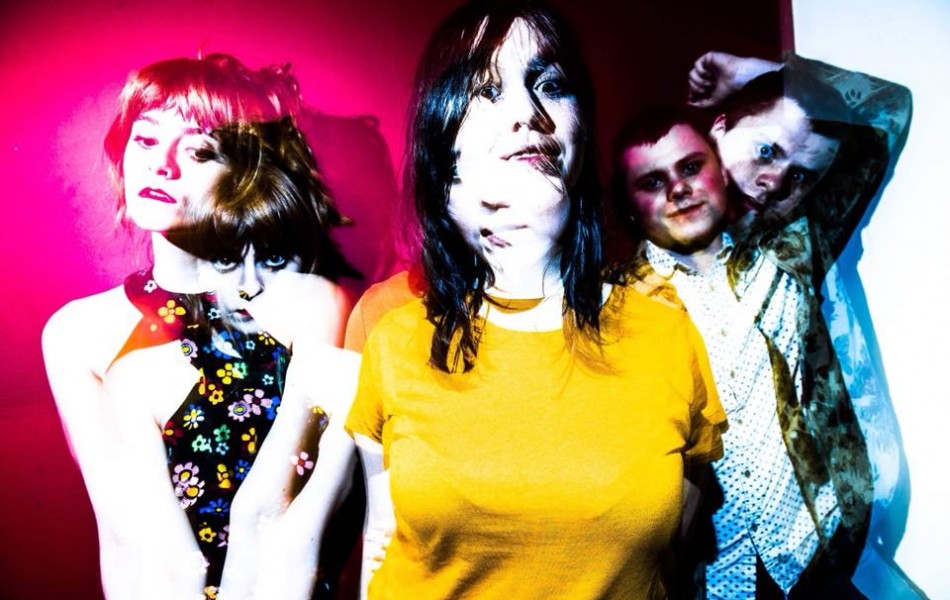 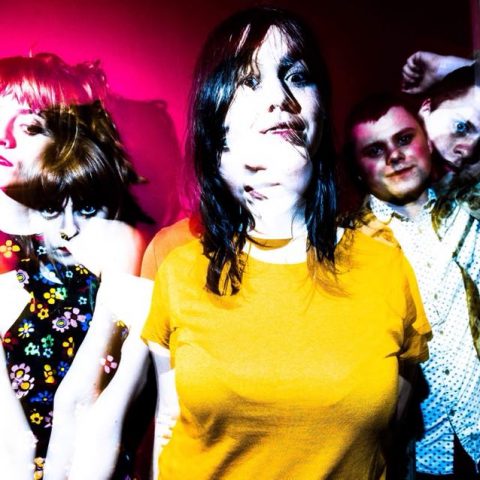 What’s the best way to cure a cold? Naturally head to a gig, right? Especially raucous indie punk gigs with plenty of filthy reverb and fuzz – and a kick-ass line up which was sure to be an electrifying night.

First on the bill were two-piece female fronted Miss Kill, giving us early Nirvana vibes with a hint of prog. If you’re into energetic grunge support your local scene and give them a listen! Boisterous alt-indie group Hands Off Gretel produced some killer drum breakdowns and screeching vocals – think Dilly dally meets Hole and you’ve got a pretty mean outcome.

The Thunderbolt was pretty rammed and I didn’t get a particularly great view of the support bands, I made sure I was front-and-centre to witness Skating Polly. Peyton, Kelli and Kurtis all walk on stage, seemingly unfazed by the volume of people in the room, this is second nature to them. Kelli and Payton both faced one another, guitar necks touching and jerking until an almighty feedback erupted throughout the venue. I watched in awe at what was produced on stage, a concoction of riot, rock and embellished in ugly pop.

‘Nothing More Than a Body’ shortly followed the beautiful chaos, a jangled riff with crashing drums, Payton’s grand and tingling voice elevating the song to a monstrous level. “Hi Bristol, we’re Skating Polly”, Kelli announced ever so coolly, followed by a massive round of cheers from the crowd. A number from their latest album The Make It All Show then followed, ‘Little Girl Blue and The Battle Envy’ begins with a brooding bass from Kelli and her three string bass, her face is expressive upon delivering each lyric, truly raw and almost mesmerising to watch. An unexpected breakdown then ensued, deafening drums and heavy rock riffs combined with Kelli’s trademark screech and Nicky Wire-esque high kicks and jumps. Structurally surprising, I couldn’t wait to see what was next around the corner.

Singalong track ‘Louder In Outer Space’ was an instant hit with the crowd, Payton’s velvety voice truly shines through on this track, the subtle dual vocals were entrancing. I was under their spell. Another new tune from their latest album, ‘Queen For A Day’ is a lo-fi affair with a poppy riff and a haunting solo. After a decent amount of jumping around, Kelli stops to tie her shoe and asks the crowd what’s the best way to tie shoelaces, a fella in the audience shouts in true British manner ‘Velcro!’.

Heavy distortion then followed, ‘Hail Mary’ has a Cranberries vibe about it, slick dark riffs and stunning dual vocals were heavenly, combining both light and dark elements. Then came the gutsy ‘Camelot’ with Kurtis on guitar and Payton on drums, Kelli’s expressive deliverance was at the forefront, a master of owning the crowd coming up to to the very front row and playing her bass. This song is the moshpit anthem. Sadly the night was coming to a close, it wouldn’t be a Skating Polly gig without an electrifying finish. The rumble of ‘They’re Cheap (I’m Free)’ begins, a rickety guitar and dark bassline builds up to what I can only describe as sickening. Kelli gives it her all and is able to deliver some banshee-like screams, the outro ends in complete ecstasy with Kurtis using a drumstick as a guitar pick. The words ‘I’m free’ echo throughout the room before Skating Polly announce that was their final number.

A truly mystifying night, Skating Polly had me under their spell and had cured my cold all at the same time. They’re magic I swear.