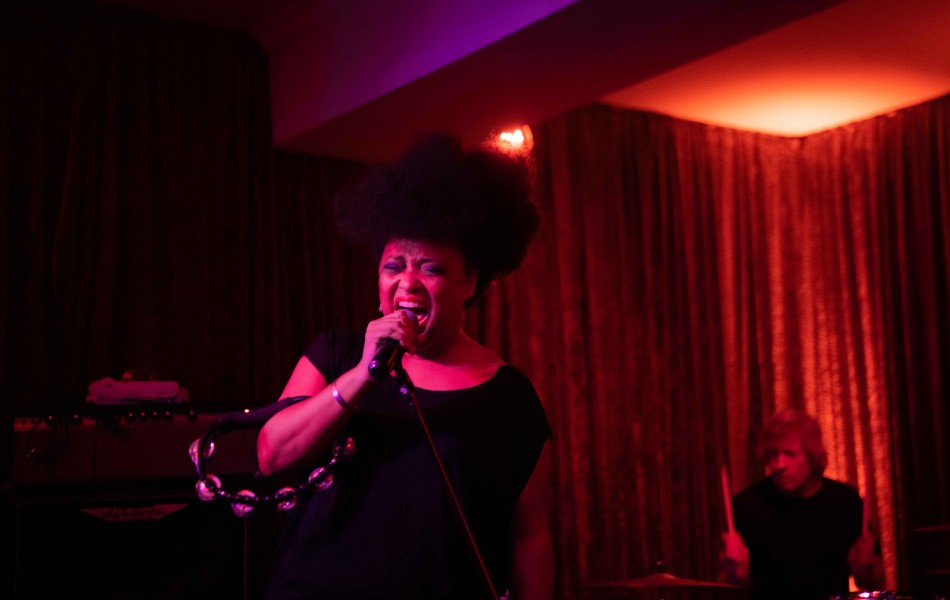 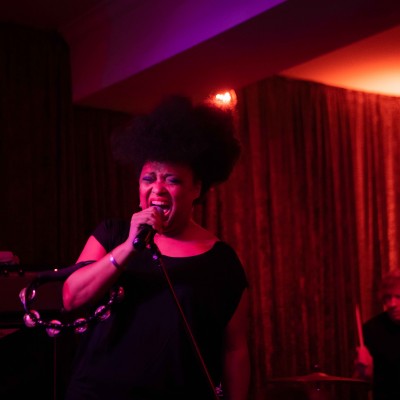 On the last night of their UK tour, The Bellrays played an intimate rock show at Pin Ups in London. The band seemed to make their audience feel like they were at a Saturday night rock show on a Sunday, and they did it very well. While the night started with audience members standing and bobbing their heads along to the songs, it ended with everyone dancing and jumping ecstatically.

Being a garage rock band that seamlessly blends punk and soul into their music, The Bellrays have a very unique style. The heartfelt soulful vocals blend perfectly with their rock sound, emphasised even more by the band’s extremely charming stage presence. It’s clear that they seem to be great friends, but their love of performing with each other on stage was unmistakable. They brought the energy of an arena rock show to a small room, and that, in itself, was extremely powerful.

‘Bad Reaction’, the first song on their latest album Punk, Funk, Rock and Soul, Vol. 2 opened the set. This song leaned more towards soul than full on garage rock, then the songs that followed seemed to alternate in a similar way. ‘Mine All Mine’ touched on all things garage rock, and was followed by a slower, more soulful ‘I Can’t Hide’. By doing so, the band kept the pace of the show exciting, as fans didn’t know what to expect next. It definitely meant there was a little something for everyone, despite which genres they might normally lean towards more.

Songs such as ‘Everybody Get Up’ and ‘Never Let a Woman’ showed off lead singer Lisa Kekaula’s incredible vocal range, and although the rest of the band also had their share of singing, nothing compared to the sheer power Kekaula held. She also made sure to interact with the audience as much as possible, making sure everyone felt included by singling audience members out while talking about something or pointing the mic at them to sing for her.

The Bellrays are a truly powerful band, and the audience didn’t seem to want the gig to end. Cheers for ‘one more song!’ broke out after every song in the encore, until the band had to step off the stage. Curfew is the only thing that stopped the band from continuing for another two hours.