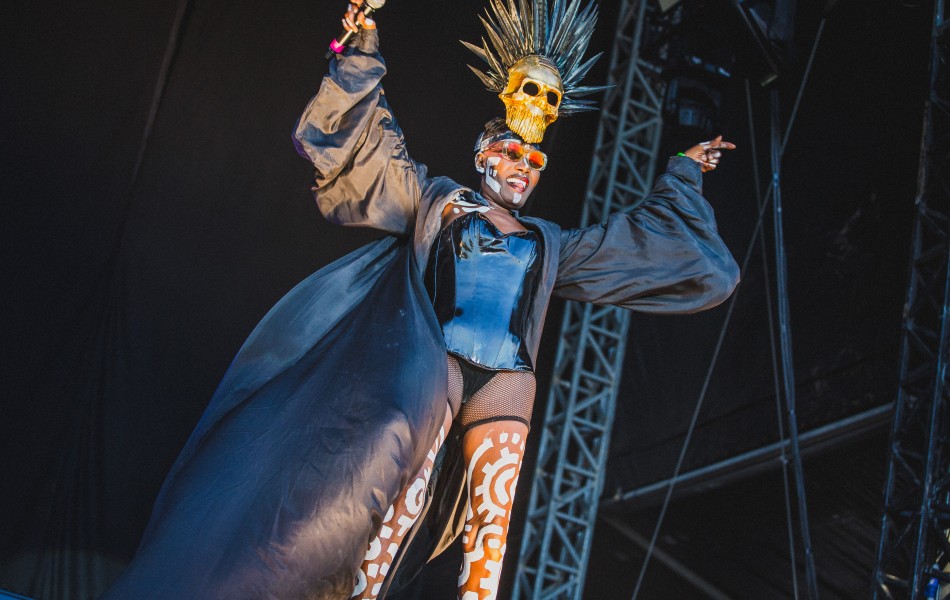 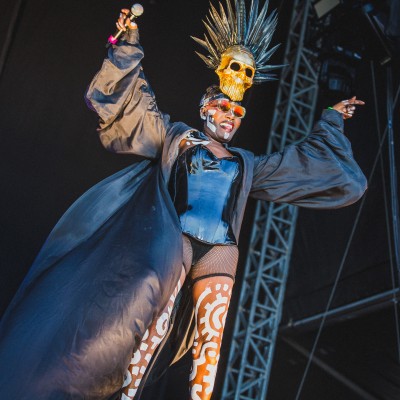 The Downs Festival on Saturday (31st August) was a corker: the sun was shining, Ms. Lauryn Hill actually showed up – and was on time – and a 71-year old Grace Jones owned the stage in a pvc leotard, also wearing a strap-on.

It was a busy day, bouncing between acts trying to see all those on the monstrous lineup and navigating the horrendous clashes. On arrival we caught the dulcet tones of Fontaines D.C. The Dublin-born ‘post-punk’ group riding the wake of the release of their debut album Dogrel. Nearing The Downs Stage (essentially the main stage), it soon became clear that the sound was way too quiet and the levels were wildly out. Assuming it was the influence of the wind, we stayed put to see Neneh Cherry but were frustratingly unable to hear most of her vocals.

As the sun began to set, Nightmares on Wax brought his balearic bops to the Avon Stage, followed by the brilliant disco legends Crazy P, who continue to be totally underrated. Back to the main stage for Bristol’s beloved brethren IDLES, and although a championed performance as the band celebrated the anniversary of their chart-topping album Joy As An Act Of Resistance, the crippling technical sound on the main stage was still apparent.

Needless to say, the excitement was mounting as Grace Jones was imminent. She was phenomenal. And they finally sorted the sound out on the stage. Her band were on point; she herself was so extra but so talented and her dancer was a sight to behold. Her set was filled to the brim with bangers but was over far too soon. Still reeling from the marvel of Jones, it was time for Ms. Lauryn Hill. There were a few layers of surprise at her appearance, mainly that Lauryn Hill was in Bristol, but also as mentioned, she turned up on time and not too grumpy! Again, she performed a slick set, closing with The Fugees track ‘Ready or Not’ which suitably lodged in everyone’s brains for the remainder of the night.

In summary, The Downs Festival was good until Grace Jones came on. Then it became excellent.