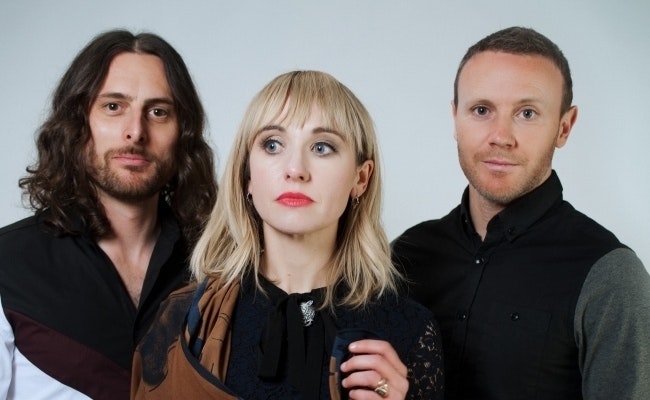 The Joy Formidable Review – The Fleece 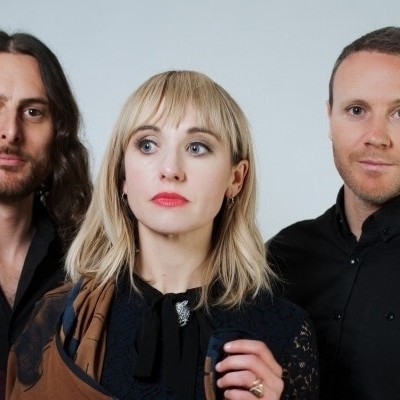 The Joy Formidable Review – The Fleece

Returning from an Autumn tour criss-crossing the United States in both headline shows and slaying stadiums with Foo Fighters, The Joy Formidable cram into Bristol’s classic music venue, The Fleece for their first show in the city for over six years.

From the cute merch table adorned with bear masks, stuffed toys and discount items to the casual way drummer Matt Thomas chats to fans as doors open, there’s an inclusive feel to tonight’s show that feels at times like a family reunion.

Openers Adwaith mix both Welsh and English language indie songs into their half hour set, full of walking bass lines and spindly guitar lines. It’s the biggest tour they’ve played and the trio are having the time of their lives onstage.

The familiar ‘Cradle’ eases the audience in, prompting handclaps, singing and wide smiles across the Fleece. While the immediacy of songs from debut LP The Big Roar is undimmed, their newer material is brilliantly crafted. ‘The Wrong Side’ shudders along its verses on a jackhammer beat before opening into a longing chorus of both regret and healing.

Ritzy Bryan is a fantastic composer but also, it must be stressed, a modern day guitar hero. Whether it’s the ascending runs of ‘The Wrong Side’, shredding solos of ‘Passerby’ or the behemoth riffs of ‘Leopard and the Lung’, it’s a tour de force in imaginative, frantic six-string wizardry. The rhythm section hold their own, Matt pounding on the skins like a live-action Animal Muppet and Rhydian Dafydd doing three people’s jobs, spitting out fuzzed out bass riffs, tender keyboard and earnest backing vocals with aplomb.

Crafting a set that respects all of their material, there’s room for an acoustic segment including the spellbinding ‘Underneath the Petal’, delivered to reverent silence. For all the considerable racket they can conjure, The Joy Formidable have always had this in their armoury, bassist Rhydian Davies retreating to acoustic guitar and piano and allowing Bryan’s vocal room to stand above the instrumental. Hints at a full acoustic tour later in the year are tantalising, as you get the feeling they could deliver two totally different shows of almost equal quality.

Chatting between songs and allowing a few audience requests, the three-piece are evidently thankful to still be afforded time and space to work their art ten years on from their first release. After the dark desert rock of ‘Go Loving’ the trio see out the evening well past curfew with their most well-loved song ‘Whirring’, extending into a ten minute jam as Ritzy, Rhydian and Matt wring every last ounce out of themselves and their instruments.

After a long time away, it’s a treat to have The Joy Formidable back in Bristol sharing their songs and their truth.