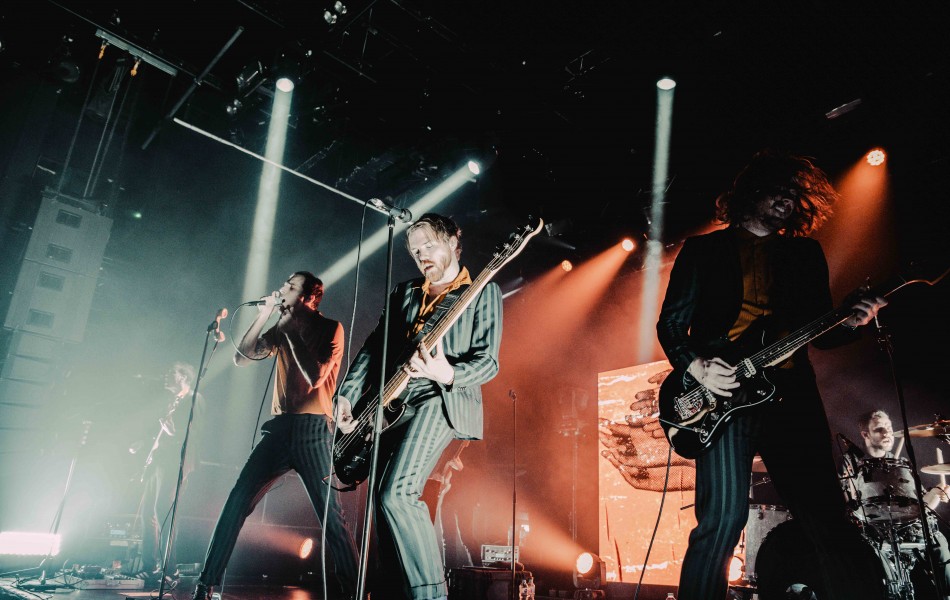 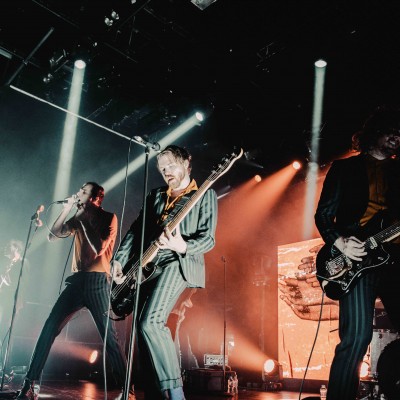 In the midst of their headline The Mirror tour, Arizona rock band The Maine took their long awaited talents to Bristol’s SWX with what has been described to be their “most ambitious tour yet”. Despite maintaining their renown on the festival scene, the band have been knowingly absent from the UK touring scene for a while, so their return sparked great excitement amongst newer as well as long-time fans.

The evening began with Essex four-piece Sun Arcana who stepped out looking like all were in a different band. There was no sign of a visual brand-identity. Despite this, and lead singer Tom still in recovery after losing his voice on only their second support date, a brilliant energy eventually shone through. After taking 10 minutes to find their feet as they began, the band gelled well together on stage and interacted capably with the audience encouraging clapping and singing along, despite many unfamiliar with the group. If they happen to find themselves in Bristol again soon, I’d gladly attend their next show.

Next on the bill was the highly anticipated Stand Atlantic. The Sydney pop punk band appeared a popular support choice, with what appeared to be just under one third of the audience wearing merchandise of some type, or keen to buy some at the merch stand. It wasn’t long before I saw why. The band looked strikingly like the ideal modern pop-punk ensemble, and harnessed the necessary highly energetic and interactive performance skills to match. It took only ‘till their second song before a mosh pit ensued. They were all clearly experienced and talented performers, knowing exactly how to make the audience listen and sing along. They played recognisable favourites such as ‘Coffee at Midnight’ and ‘Skinny Dipping’, as well as the latest release ‘Shh!’. Lead singer Bonnie had me particularly entranced. She was a power-house of energy and It was so refreshing to see such a friendly and encouraging woman hold a crowd like that. I without a doubt will be seeing this band again, and I can’t wait.

The long-awaited headline act left us in suspense before making their grand entrance to stage, starting with an audio visual piece where lead singer John O’Callaghan could be heard reciting a poetic monologue which matched visuals on a screen on stage. The band entered looking incredibly dapper in matching suits and mustard shirts, bar John missing his jacket making him most identifiable. Commencing with the first track of their latest album ‘Slip the Noose’ set an exciting atmosphere, with John hyping the audience through instrumental areas and encouraging a mosh pit by the first chorus. By song three ‘Like We Did (Windows Down)’, I couldn’t help but see that lead John has a particular charm over the crowd, smiling so brightly at everyone while showing such vocal control, and even passing his mic stand toward the crowd allowing a lucky girl at the barrier to sing the bridge.

The lighting and technical elements were as energetic as The Maine themselves, with the lighting co-ordinating with the on-screen visuals, flooding the venue with various colours and wild flashing lights. Song five was a well-known fan favourite, ‘Don’t Come Down’, and marked the atmosphere for the rest of the show. Energy was incredibly high with the audience singing along louder than the band could. The band began to vamp the end of the second chorus while John picked out select members of the audience around the venue, opened a circle on the floor and encouraged them all to dance together. This was such a brilliant way to bring fans together and encourage a laugh.

The artist to audience relationship was remarkable. John O’Callaghan took time in the set to stand solo with an acoustic guitar, but not before thanking his support acts and converse with the audience for 10 minutes! He spent time reminiscing on the bands origin, talking about their upcoming appearances at Reading & Leeds 2020 and even having a High School Musical singalong moment. As he came to the end of ‘(Un)Lost’ he invited a fan to the stage to sing the final chorus as he accompanied on guitar. As the band made their way back onto stage we saw another pre-recorded audio visual monologue from John before commencing ‘Tears Won’t Cry (ShinjŪ)’. As the final leg of the show commenced, the band encouraged every person in the audience to hold up ‘rock on’ signs and sing alongside them for the ever popular ‘Black Butterflies and De Ja Vu’, followed by the You Are OK album favourite ‘Numb Without You’ which inevitably brought the house down. Finally, the five-piece ended their set with the melodically beautiful ‘Flowers In The Grave’ which really gave the instruments a chance to truly shine and allowed members Pat Kirch and Garrett Nickelsen to share a lovely moment. This finale also affirmed the close relationship between this band and their fanbase.

All in all, this was a show which brought highly experienced and respected performers right to the fans which adore them most, proven by the amount of people who waited after the show to meet them. These hyperactive musicians brought an amazingly encouraging and interactive atmosphere, looking directly at their fans and sharing their infectious energy through the venue which never dulled. These men want you to remember exactly who they are, and know exactly how to do that. There’s no way I will forget them anytime soon.