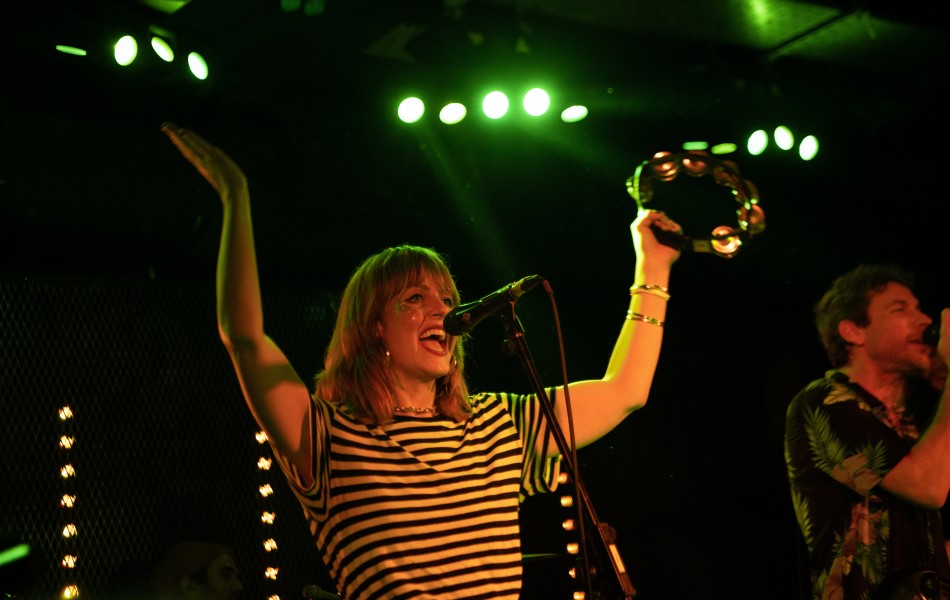 On Thursday (23rd January), Camden Assembly saw The Mowgli’s perform at the iconic venue for the very first time as part of their UK tour. The Mowgli’s, an alternative rock band from Los Angeles, have built up a strong following over the years, and it was evident that their fans loved them based on how much support and love could be felt in the room.

Opening the show were Liimo, an electro pop three-piece from Scotland. Despite it being one of their first shows, the band had great energy, and even better stage presence. Lead singer Kieran explained the backstories of most of the songs they played, most of which, the audience seemed to relate to. Songs such as ‘Pineapple Radio’, ‘If You Loved Me’ and ‘Pink In Heaven’ were clear crowd favourites, and had definite summer anthem possibilities.

The Mowgli’s were greeted by an incredibly loud cheer from the audience. The set started with the fan favourite ‘Spacin Out’. As soon as the music started playing, the floor of the venue started shaking, as fans jumped, danced and sang along to every tune. Songs such as ‘Say It, Just Say It’, ‘So What’ and ‘Bad Dream’ received the best responses, as well as their latest single ‘Wasting Time’. Lead vocalist Katie Earl and lead guitarist Josh Hogan talked about moments in life where you don’t know what you’re doing and what you’re going to do in the future, and how thoughts like these were what made the song ‘Wasting Time’.

Later in the show, Katie discussed having days where nothing goes right, and continued the theme from the inspiration behind ‘Wasting Time’. She made the audience chant ‘I’m Good!’ in unison before beginning the song ‘I’m Good’. Inspiring speeches and spreading love were a key part of the show, as according to Katie, they are what the band “controversially” stand up for. Ending the set with the phrase “We’re in this shit together”, the band played ‘San Francisco’, making the audience sing louder than they had at the start of the show.

As soon as the band exited the stage, “one more song!” was chanted for two minutes, bringing the band back on stage for exactly that. Their encore consisted only of ‘The Great Divide’, and it seemed like the perfect song to end the set on. Every song on the set list is one you would normally find on a summer road trip playlist, so it was no surprise every person in the audience had massive smiles on their faces. The ultimate feel good concert in a dreary London winter.