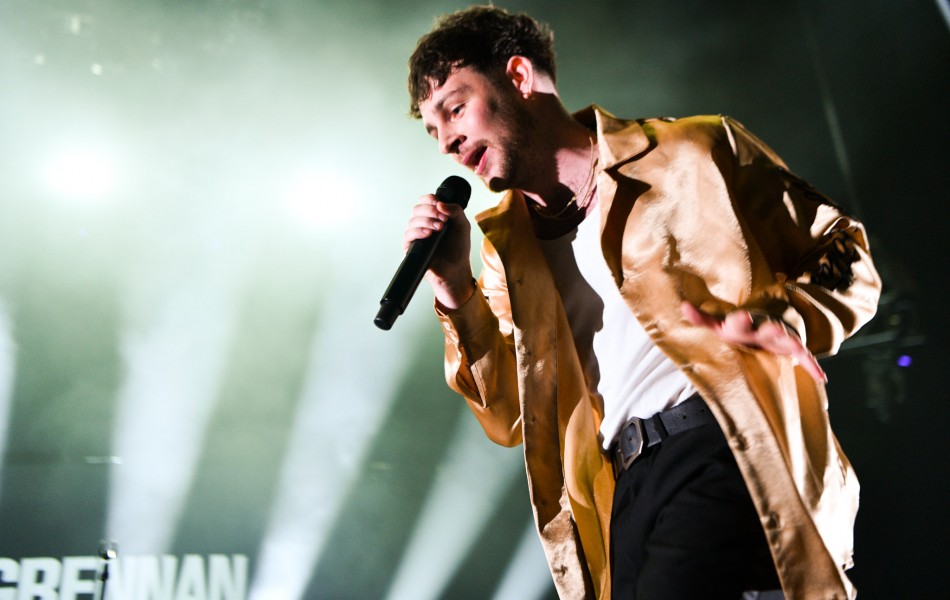 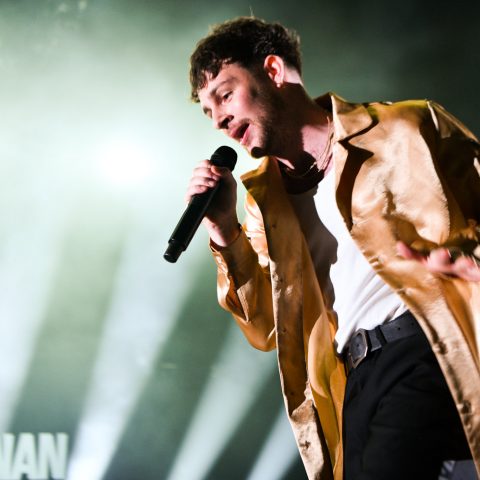 On Tuesday, October 16th, fans queuing outside the O2 Academy in Brixton were given a special treat. Tom Grennan, who was playing a sold out show, popped his head out of the window above the fans and proceeded to have a conversation with those queuing under him. It was definitely a surreal start to the evening for those in line, and got the excitement buzzing ever more.

The first act to be on was Everything Is Imagined. The duo put on an incredible show, got the audience dancing and made sure everyone in the venue left as a fan. Their energy on stage was great, and they are definitely a band I can see doing great things in the future.

Up next was Elli Ingram. From the moment she stepped on stage, it was evident that she loves what she does. Ingram’s cheeky attitude and powerful stage presence was awe inspiring, and her vocals were powerful. She knew exactly what to do do keep her audience captivated, interacted with them brilliantly, and certainly is an artist I cannot wait to see again.

Tom Grennan appeared on stage standing in a beautifully lit spotlight-halo. Opening with a beautiful acoustic version of ‘Sweet Hallelujah’, Grennan certainly showed his incredible vocals and ability captivate an audience. The audience sang every word, and it was possibly the best way to start a concert. Grennan’s setlist was beautiful, catchy, and well known by the entire audience. There was not one song the audience didn’t know the words to, which resulted in 5,000 voices singing in cohesion to Grennan.

As most of his songs were upbeat, it was difficult to try to keep your eyes on him at all times. Not only did I find myself looking around the venue to see people enjoying themselves, but Grennan made sure to cover every part of the stage, and fast. Darting from one end of the stage to the other, I was surprised by his ability to continue to flawlessly deliver his songs, and hit long high notes like you have rarely seen live. His stage presence was noteworthy and his audience interaction was incredible.

Several times throughout the show he expressed his gratitude to the audience for selling out Brixton Academy, stating that he has seen many shows there before and couldn’t believe he sold out the venue. It isn’t hard to believe, with his success in the past year and his ever growing following on social media, especially after a successful festival season. I cannot wait for the day he embarks on a world tour, I have a feeling he is going to blow up globally on a much grander scale than he can imagine. Until then, I will continue to sing his songs, in my room out of tune with no one around me, until I am back at another sold out show to sing and dance with thousands of fans once again.