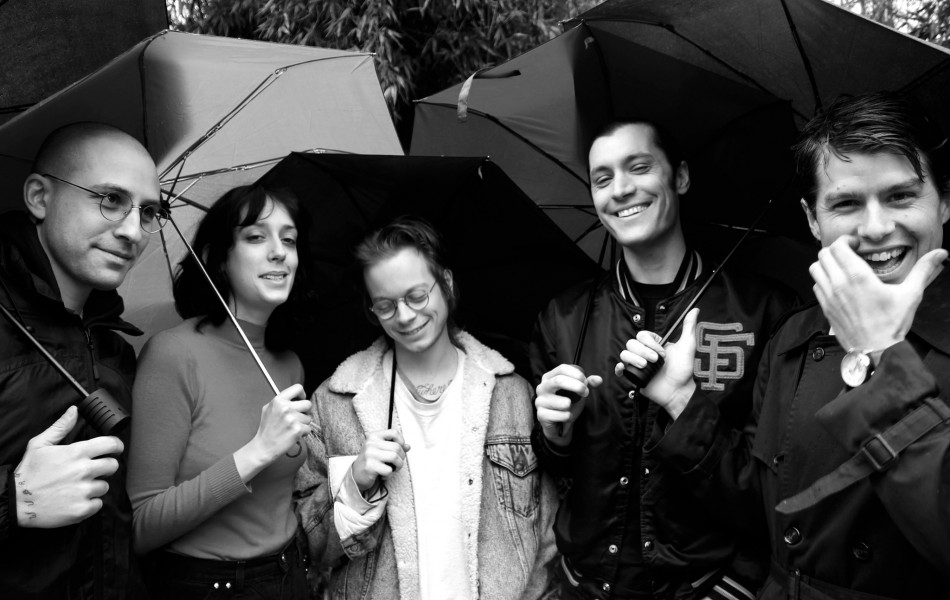 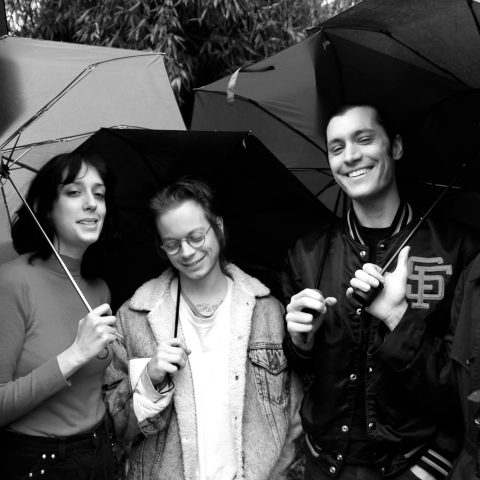 I spent most of my day reading, drinking coffee and listening to Wand’s latest release. Not a bad way to spend a hump Wednesday. The band’s latest instalment of noise Laughing Matter is a well-crafted nod to mid-70’s psychedelia and noise. Whilst sipping on my room temperature coffee, I wondered how this would translate live, both technically and visually. They’d be foolish not to make use of the Louisiana’s backdrop to project visual goodies, or so I thought at least.

Support for the evening were spacey rockers Gang, they caught my attention from the get-go despite the fact I’d walked in mid-set. They were constantly keeping me on my toes with jovial lyrics being delivered a-la Syd Barrett era Floyd with sharp pronunciation and theatricality. Their riffs were punchy and animated with flourishes of blisteringly moody stabs. Needless to say, Gang are my newfound faves and I was beyond impressed at their diverse contortion of genre bending greatness.

During the break, I had the absolute pleasure to listen to some old school hits which, quite frankly, were not fitting for tonight’s choice of artists. ‘Chop Suey’ by System Of A Down and let’s not forget about the classic that is ‘Photograph’ by Nickelback. Thankfully I didn’t have to endure this for much longer before LA five piece Wand cooly walked on stage. A cacophony of glittery shoegaze frills filled the stage and the band began with a new tune ‘Wonder (II)’. A pretty slow and slurred number which had some cinematic elements, however it fell a little short in terms of presentation and actual feel. There was no use of the backdrop despite their psych-driven setlist and the overall chemistry was little to non existent. Not once did they exchange looks or address one another. I was uncertain as to whether or not they were going for a mysterious vibe but it just played off as boring.

Their set heavily relied on effects pedals to create their sound, yet it was something I could hear by just sticking on any shoegaze/psych record from the mid-nineties. It wasn’t exactly pushing the boundaries by any means and their live performance read as a stale version of their records. I will give them credit for saying that “(you) should count yourself lucky for having such a lovely venue”.

Few words were spoken from the band throughout the night, with frontman Cory Hanson stating that he’s a ‘terminally shy’ person. The entire gig felt as though it was just him living his rockstar fantasy at the expense of everyone else. All the other members looked slightly bored whilst Hanson indulged in a near 10 minute guitar solo which featured a violin bow and even his teeth. I’m not sure if they were exhausted as this was their ninth date of the tour, but it was a case of substance over content.