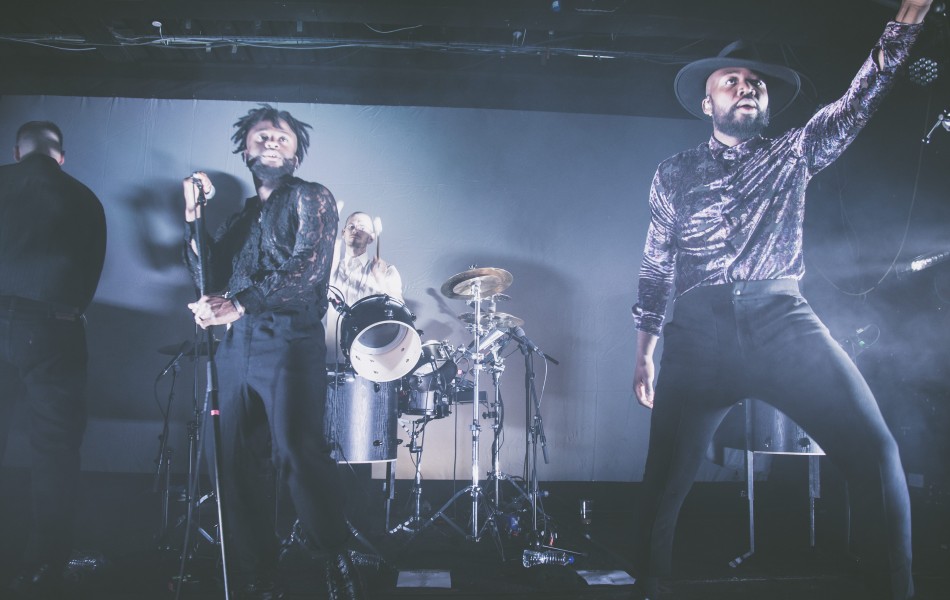 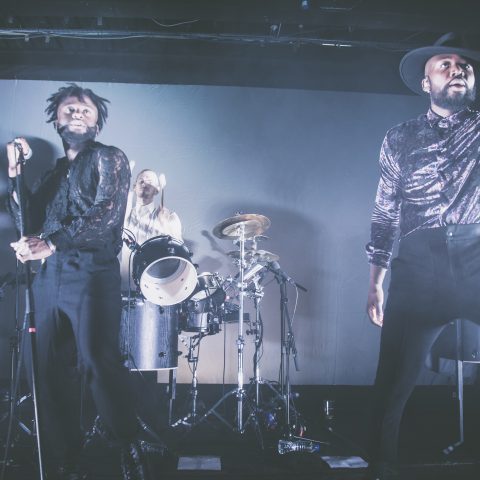 “What a time to be alive”, says Alloysious Massaquoi as Young Fathers take to the stage at Trinity Centre. The last time we saw the Mercury Prize winners was at FarmFest 2016, where they stole the event with an electrifying headline performance. Since then, they’ve released their fifth album, Cocoa Sugar, taking their abrasive trip hop to newer territory. Bringing this and more to the intimate 500 capacity venue is a rare site to see, considering the calibre of the Edinburgh trio; making tonight’s show all the more anticipated.

Opening with ‘Wow’ from the album, we’re immediately strapped into the madness as the group unleash their machine drones, loops and melodies, thrashing and dancing through hits old and new. Massaquoi as well as Kayus Bankole and Graham Hastings all take turns on vocal duties, each adding their own dynamic. From ‘Queen Is Dead’, ‘Rain Or Shine’ and ‘Holy Ghost’ to ‘Dare Me’, ‘In My View’ and ‘Get Up’; we’re struck by sermon-esque freestyles that are twisted, violated and sharp. ‘Get Up’ in particular ignites the chaotic affair as everyone sings and swings around manically to the chart-topping anthem. Everything moving as one as the trio’s coordination remains on point. The crowd soak it all in, no one pulling their phones out but instead appreciating the raging beasts that are in front of them.

Skipping the encore, the band close with ‘Shame’, delivering one last thunderclap of swag to the audience. One of the most raw, beautiful and joyous live performances ever to be witnessed; Young Fathers know their craft and do it ever so well, showing why they’re the current kings of trip hop.