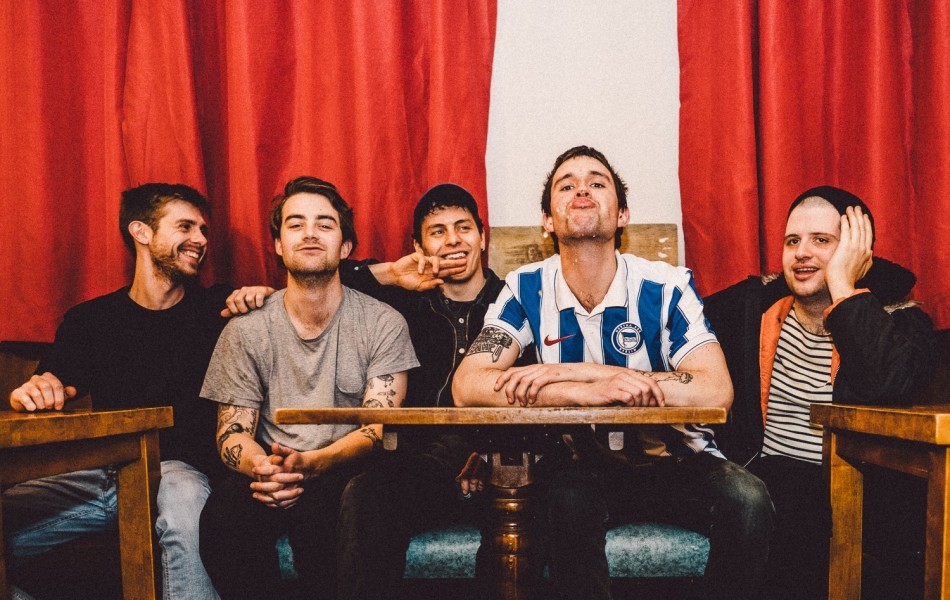 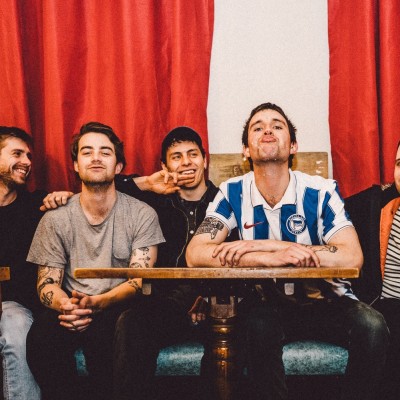 Brand new Southampton bar Heartbreakers was the host for tonight’s punk inclined gig. With an impressive upstairs venue and well-kept classy bar below, there was a decent buzz of people eagerly waiting for the bands as we run in from the rain. Due to slippery roads and slow cars we’re gutted to have missed the first support Mystic Peach, but we heard very good things from members of second support LUMER. Having co-headlined a tour together for the last month, YOWL and LICE are on their second to last night and we have faith it’ll be a mad one.

The room is stirring as LUMER crack into ‘The Plea’, an urgent and visceral opener. Born in the underbelly of Hull and travelling 6 hours for tonight’s gig, they’re loud and aggressive. The gloomy post-punk is unique with Ben Jackson’s cutting guitar style and dark lyrics written by lead vocalist and bassist Alex Evans. They blast through their hard hitting, consistently solid tunes with the crowd engaged. Their sinister sound would sit perfectly in a horror film, specifically sulky track ‘Gruel’ and newly released single ‘Homicide’. As their set comes to an end with commanding track ‘Burn / Bleed’, the venue is beginning to swim.

After buying another drink and checking out more of the swanky new bar, we head back upstairs for the start of first headliners YOWL. We’ve been looking forward to seeing these guys play for a while after hearing great things and it seems the rest of the crowd agree as the space rapidly fills. From opening with the rolling drums of ‘The Travelling Murder Circus’, they slip into the rattling guitar and shrieking vocals of ‘The Imminent Return’, stirring instant movement in the chaotic crowd. Clear favourite ‘Teeth’ brings a pleasant contrast with jangling strings and softer drums. Bassist Jake Manley and frontman Gabriel Byrde forcefully approach the crowd as they play, pushing against and moving through them. Conjuring visions of late nights in the basement of London and with loose hints of The Clash and The Stranglers in their sound, Gabriel jolts across the stage while he sings, a satisfyingly watchable frontman. Anxiety filled tune ‘Saturday Drag’ brings the tempo down and pacifies the crowd before restarting the madness again with hectic last, and recently released song, ‘Darkroom’.

Next to headline the night of noisy uproar are scratchy punk Bristol boys LICE. With Bristol’s music scene consistently thriving and evolving, it’s no surprise LICE are pulling in decent, young crowds. After rightfully bragging about their competitive burger eating ability, having trampled YOWL in a heated head-to-head bassist Gareth, donning a red jumpsuit and cowboy hat, starts the set with the heavy riffs of ‘Stammering Bill’. Leaning towards aspects of The Fall, ‘Little John Wayne’ kicks in with pleasingly repetitive melodies and rough, rhythmic vocal from frontman Alastair Shuttleworth. Pitch tossed aside, Alastair’s voice is harsh and direct, sitting uncomfortably upon the whining guitar making an utterly enjoyable mix. The front is swallowed by rage fuelled moshing to ‘The Human Parasite’ as Gareth strips off to only his loose grey boxers and cowboy hat, a strong fashion statement that he pulls off with grace. The room is hot and messy, bodies crashing to the splashing symbols of ‘Gentlemen’s Magazine’ and it’s easy to see how LICE have made such a name for themselves.

If you’re yet to see LUMER, YOWL or LICE, get yourself to one of their gigs soon. You won’t know the hype until you see it for yourself.