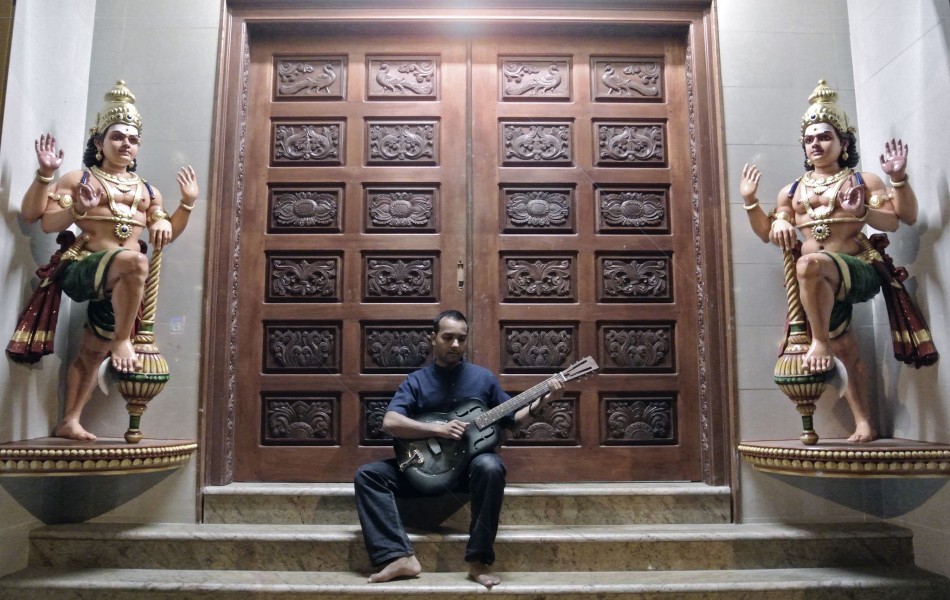 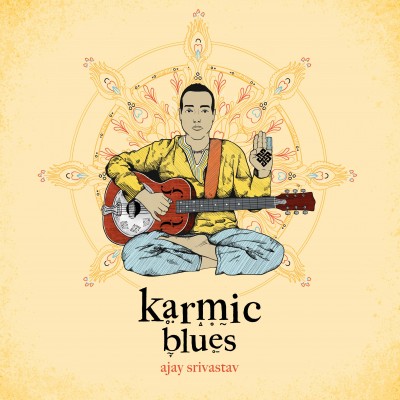 Fusion music isn’t a new phenomenon. Beatles lovers will certainly be familiar with it and more recently the genre defying Sheila Chandra brought musical influences from India and South-East Asia into sharp focus.

But surely nobody has ever tried to meld the influences of the Mississippi delta and the Ganges…until now. Enter, Ajay Srivastav.

His new collection of songs, Karmic Blues is such a breath of fresh air – normally, a reviewer might say “for fans of…” but in this case, nothing sounds like it or feels like it. And ‘feels’ is an important word in the context of this album, because rarely have I ever heard a body of work suffused with such spirituality. And I’m not talking here about manufactured ‘pan pipes-in-a-forest’ spirituality, or even religion – although there are Hindu themes on this album – I’m talking about the peace that comes from self-awareness and the acceptance of who you are and where you’re going.

The hypnotic rhythms running right through the album come courtesy of ace tabla player, Vinod Kerai – his left hand providing a huge underlying rumble of power, while the right produces a crack like a whip.

Over the top of this, Srivastav’s guitar sings and swoops – he uses a steel bodied resonator, its distinctive hiss and background vibration blending with the primarily Indian scale slide work to produce a highly distinctive sound, part blues, part raga.

Amidst the serenity of tracks like ‘Namaste’, there’s time for the satisfying rock ‘n roll crunch of ‘Six Arm Goddess’, the sinuous Blues rhythms of the title track, the dark uncertainty of ‘Between the Cracks’ – “Too bright for the night sky, I’m too dark for the dawn…” and best of all, the brilliant ‘Third Eye’ holding out the possibility of reaching such an elevated level of consciousness that the World takes on a completely new perspective.

A bold experiment, and one of the most unusual and inventive albums I’ve heard for many years.

Karmic Blues is released on 13th May through Scion Records.